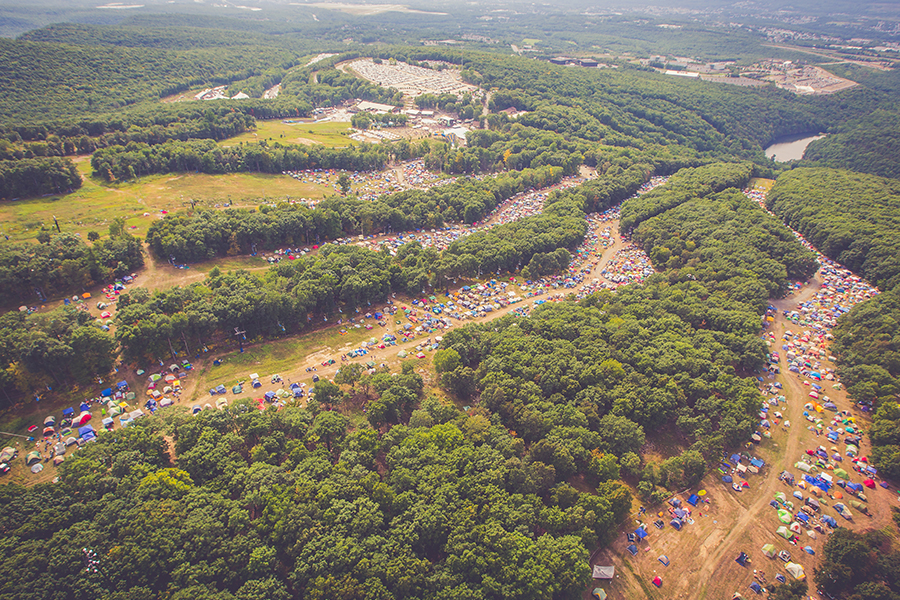 After months of speculation, Camp Bisco will return this summer following a brief hiatus in 2014.

In a surprise announcement yesterday, organizers revealed the 13th edition of the festival will take place July 16-18 at Montage Mountain in Scranton, Penn.

With just two-and-a-half months before the festival, its musically diverse lineup was released this morning. The list is headlined by the usual suspects: The Disco Biscuits, Bassnectar, Pretty Lights, STS9, Big Gigantic, Atmosphere, and Tipper. Others include Cherub, Classixx, Emancipator, Kill the Noise, Manic Focus, Ott, Salva, Sound Remedy, The Floozies, and more. (Full lineup below.)

The festival site centers around The Pavilion at Montage Mountain, which has hosted countless concerts and festivals over the years. Montage Mountain Waterpark features a wave pool, water rides, slides, a lazy river, a regulation sized volleyball court, a zipline overseeing the festival grounds, and more.

Camp Bisco was most recently held in upstate New York before taking last year off amidst scrutiny from local law enforcement and a drug-related death and subsequent lawsuit against promoter MCP Presents.

This year’s event is being produced by Live Nation Philadelphia/New York in partnership with The Disco Biscuits, and in association with talent buyer Ben Baruch (11E1even Group, ThisSongIsSick). 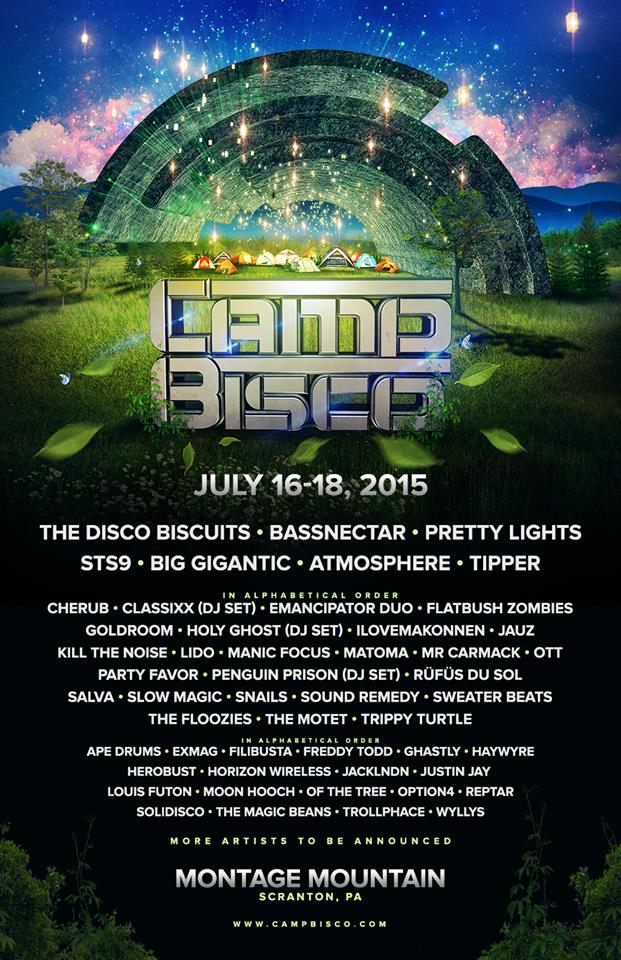