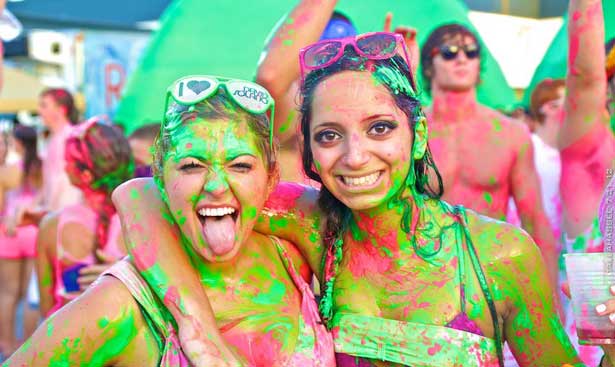 Big news! Dayglow, which has quickly become one of the most recognizable electronic dance parties in markets of all sizes around the country, is dropping the “Dayglow” name and instead marketing itself as “Life in Color,” beginning Sept. 1.

The traveling festival has used the “Life in Color” tag as part of their marketing for previous tours and company officials believe the new name more closely identifies the energy and spirit of the company while the term “day glow” has become more generic.

An extensive list of dates for the fall Dayglow tour — dubbed “The E.N.D.” — was announced earlier this month, along with news of the company’s sale to Robert F.X Sillerman/Live Nation.

August 27, 2012 (Miami, Florida) – Dayglow Festival, known as “The World’s Largest Paint Party,” will officially change its name to “Life in Color,” on September 1, it was announced today.

Organizers of the wildly popular electronic music events, which take place in cities across the U.S. almost weekly, felt that the time was right to make the transition from Dayglow to “Life in Color,” as part of the brand’s evolution over its seven-year history. The thought had always been that Dayglow, as a name and brand, could not wholly encompass the event experience. So the choice to move forward as “Life in Color” was an easy one, said Founder Paul Campbell.

“We always had the name-change idea on the agenda, but the time never seemed right,” Campbell said. “We felt we were bursting at the seams under the Dayglow moniker, so this change has worked out perfectly for all and we’re incredibly excited to take our “Life in Color” events to a truly epic next level.”

Fans of the electronic music events can rest assured that nothing but the name is changing and that the high-octane energy, immense production and sound value, performance artistry and top tier DJ talent they’ve come to expect will only get bigger and better.

“It works out for us since we will now be moving into European markets and we all felt that ‘Life in Color’ more accurately identifies our brand and only our brand,” Solano said. “Dayglow was a bit generic and has been used for many things not related to us over the years, so it confused fans. We wanted a name that really captured our vibrant spirit and was less ambiguous at the end of the day. ‘Life in Color’ is the culmination of many years of dedication and work to make these events second to none, and although we’re sad to say goodbye to our old friend Dayglow, we know that the sky is the limit now for ’Life in Color’.”