GRiZ has announced he’ll produce Triple Rainbow, his own music and camping festival set for Sept. 16 and 17, 2022 at Alpine Valley Music Theatre in East Troy, Wis.

GRiZ will perform on both nights of the event. Supporting artists on Fri., Sept. 16 include LSDream, Tripp Sreet, Eazybaked, and Noah B. On Sat., Sept. 17, CloZee, Minnesota, Chee, and Tape B will perform.

The venue will offer camping opportunities, with a capacity of 20,000 fans per night.

Triple Rainbow tickets go on sale at 10 a.m. CT tomorrow, Wed., April 6, starting with an artist presale before a public on-sale this Friday.

Located 40 miles southwest of Downtown Milwaukee, Alpine Valley Music Theatre has been host to a number of legendary artists, including a 20-show run by The Grateful Dead in the 80s, as well as the Rolling Stones, Phish, and others. 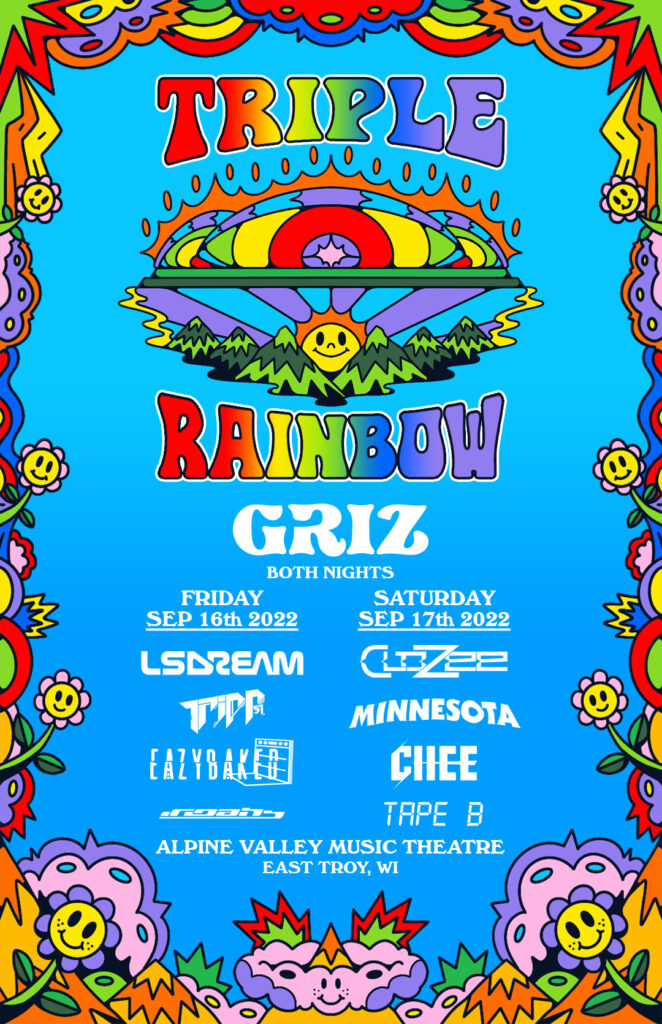