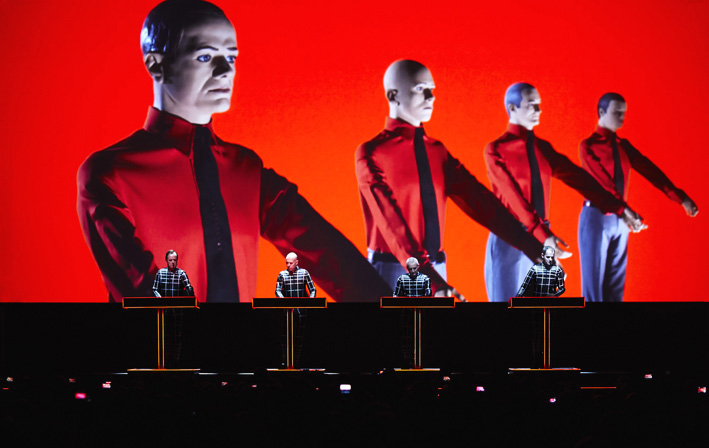 Electro pioneers Kraftwerk are set to kickoff a rare North America tour this September and October. The 12-city run of their multimedia 3-D concert will kick off in Edmonton, Canada on Sept. 16 and will wrap in Kansas City on Oct. 9.

What’s particularly unique about this tour is the number of central-US cities — many of which Kraftwerk has never performed — including Minneapolis, Detroit, Nashville, Austin, Denver, and Kansas City.  The performances will be held in more traditional concert-friendly (sit-down) venues.

The Kraftwerk project was started in 1970 by Ralf Hütter and Florian Schneider. They set up their electronic Kling Klang Studio in Düsseldorf, Germany, where they conceived and produced all Kraftwerk albums. By the mid 1970’s Kraftwerk had achieved international recognition for their revolutionary electronic ‘sound scapes’ and their musical experimentation with robots and computers. At the Los Angeles ceremony in 2014 Ralf Hütter was honored with the Grammy Lifetime Achievement Award.