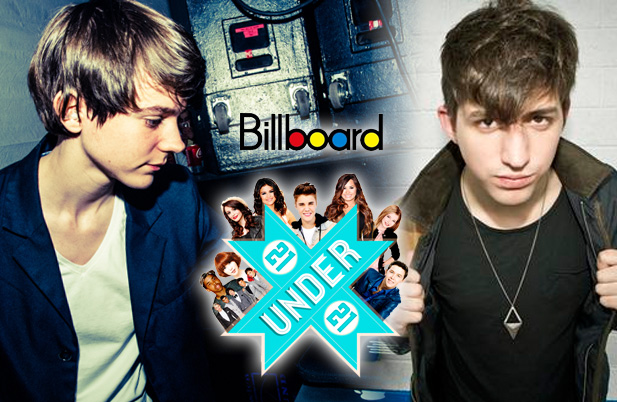 Boy-EDM-prodigies Madeon and Porter Robinson were named to Billboard’s “21 Under 21” list, released yesterday.

Pop star Justin Bieber topped the list, followed by boy band One Direction and X Factor judge Demi Lovato to round out the top three. The list included names of youth stars from a variety of genres and backgrounds.

Electronic Dance Music has its fair share of younger stars, but 2012 has proved to be a true break-out year for Robinson (ranked 7th) and Madeon (ranked 19th).

Porter Robinson, age 20, has been selling out solo shows and moving into main stages at festivals after touring with early mentors Tiesto and Skrillex in 2011. Robinson has explored a number of sounds in his production career already, ranging from his dubstep banger “Spitfire,” to the uber-popular trance anthem “Language.” Robinson finished up a solo US tour this spring and is preparing to tour alongside fellow youngster Zedd on the 15-date Poseidon Tour.

» Check out the full story from Billboard.com here.