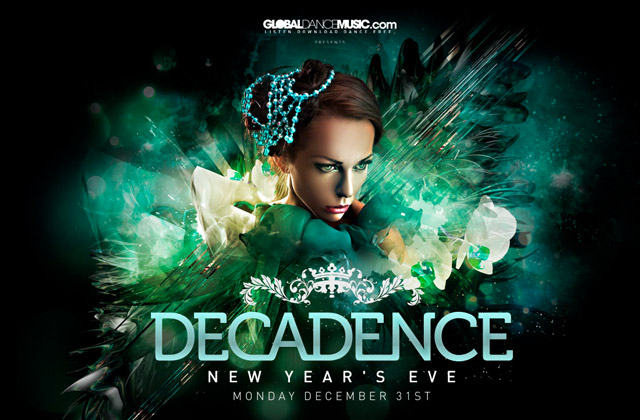 The 2011 debut of Decadence NYE was a major success with over 11,000 in attendance, making it the largest single-day dance music even in Colorado history. In addition to the stellar lineup already mentioned, this year’s event will again feature exquisite decor, top-notch production, and sensational entertainment.

Ring in 2013 in style at this year’s Decadence NYE. General admission tickets are on sale now for $70, with VIP tickets available for $120.

And, now here’s a better look at what you can expect at this year’s Decadence NYE: