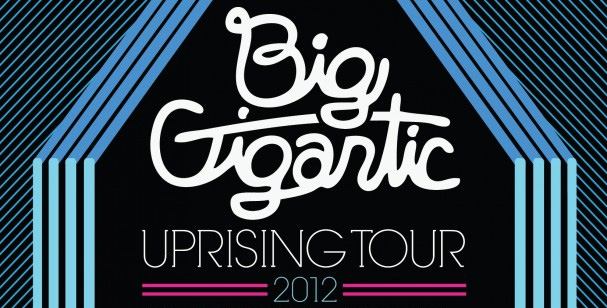 Boulder, Colo.-based electronic act Big Gigantic is set to bring their breakthrough sound of DJ-based music with live instruments to over 45 cities throughout North America this fall.

Chosen by Rolling Stone as one of the “10 Must-See Acts at Bonnaroo 2012,” Big Giantic has been making the rounds this summer on the U.S. festival circuit to rave reviews. Having already taken Bonnaroo, Wakarusa, Hangout, Electric Forest, Camp Bisco, Governor’s Ball and All Good Music Festival by storm, the duo just performed twice this past weekend at Lollapalooza: Saturday night at a sold-out official aftershow at the Congress Theatre and Sunday night on Perry’s Stage at the festival where they announced their headlining New Year’s Eve show taking place at the Aragon Ballroom in Chicago. Other festival appearances still to come include Outside Lands, Austin City Limits, Summer Set and CounterPoint along with performances in early 2013 on both Holy Ship! and Jam Cruise, marking the first band to play both cruises.

Catch saxophonist/producer Dominic Lalli and drummer Jeremy Salken in an EMW city near you: 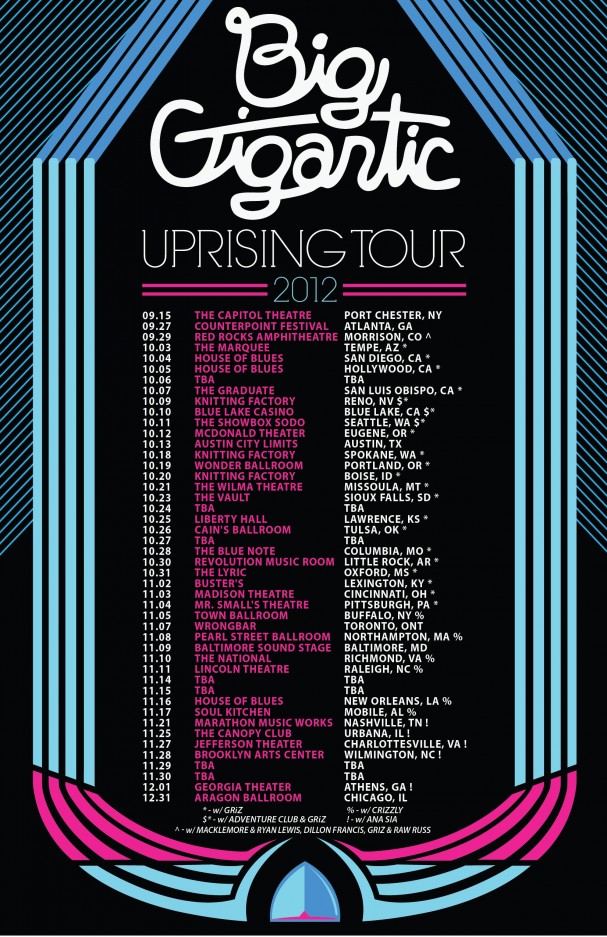