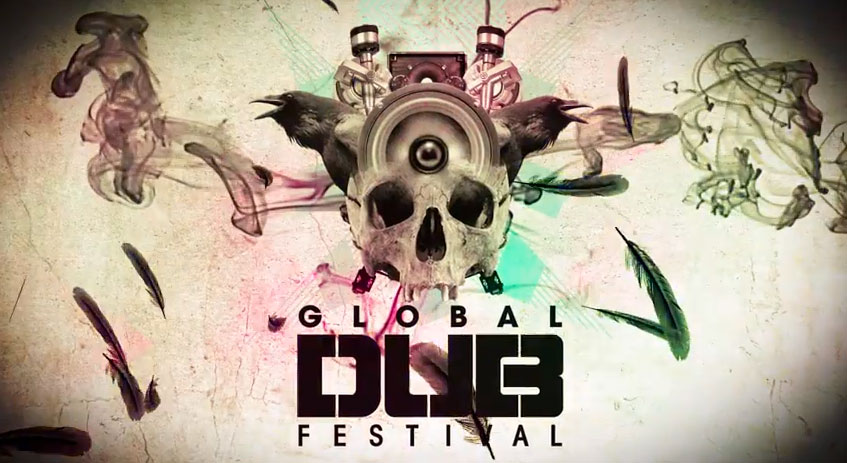 “Denver is the best dubstep city in America,” proclaimed producer Datsik in the middle of his set to the satisfaction of thousands of roaring fans at Friday’s inaugural Global Dub Festival.

The mile high city has been an important hub for the electronic music movement for some time now. Triad Dragons, Denver’s dominant EDM production group, hosts the multi-day Global Dance Festival each July but this is the first time they’ve produced an all-dubstep focused event. Selling out all 9,450 seats at the historic Red Rocks Amphitheater, we think it’s safe to call this festival yet another success for the group. 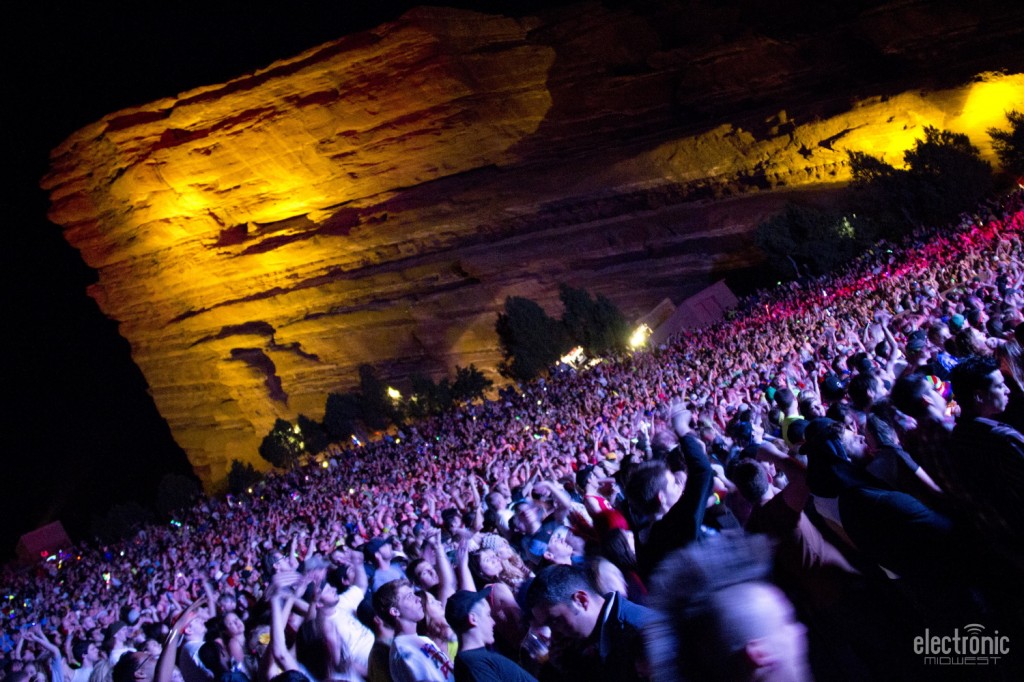 After a warmup from Sub.Mission’s Coult 45, Dirtyloud kicked off the evening with a set that leaned towards the electro-house they are best known for. Next, Downlink ushered in the heavier tracks most of the crowd had come to hear. Dim Mak Record’s Datsik dominated the middle set of the evening as the venue filled to capacity with colorful costumes and energetic dancers. He proclaimed his love of the Denver EDM scene more than once during his set.

Everyone’s favorite bass-prescribing producer Doctor P took over the decks shortly after and Flux Pavilion rounded out the show with some of his near-mainsteam tracks “I Can’t Stop” and “Got 2 Know.” Flux’s LED screen branded visuals were also the most polished of the night, while others seemed to have only generic imagery playing during sets. 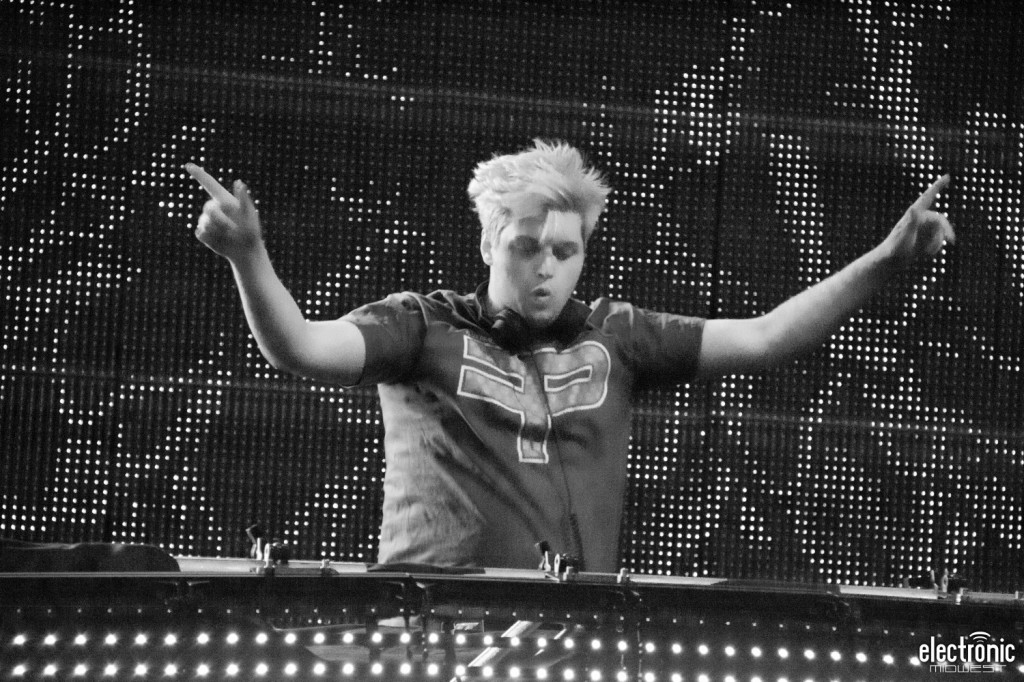 The venue, Red Rocks, is so incredibly beautiful and unique that it’s hard to compare to others. There’s not a bad seat in the house for stage viewing and the photo opportunities are endless. We appreciated the fact that the museum lobby and restrooms were open throughout the event. Many attendees utilized the space to rest and roam the museum hallways that document the venue’s musical performances over the years. As an added plus (or difficulty), you could fit in a solid workout if you simply climbed the stairs to the top of the amphitheater and back a few times.

Production wise, the dead stops between sets seemed to linger on longer than usual. While the crowd was possibly pleased to have a slight break, we’ve grown accustomed to the near seamless performance transitions at other festivals. A live emcee was on hand to fill the time but it still seemed a bit awkward to us.

Another improvement we’d love to see is the addition of more on-stage dancers and performers. There was one dancer on each side of the stage for most of the night but there was room for plenty more.  It’s the special “extras” that make an event turn into a true experience instead of just a musical performance. 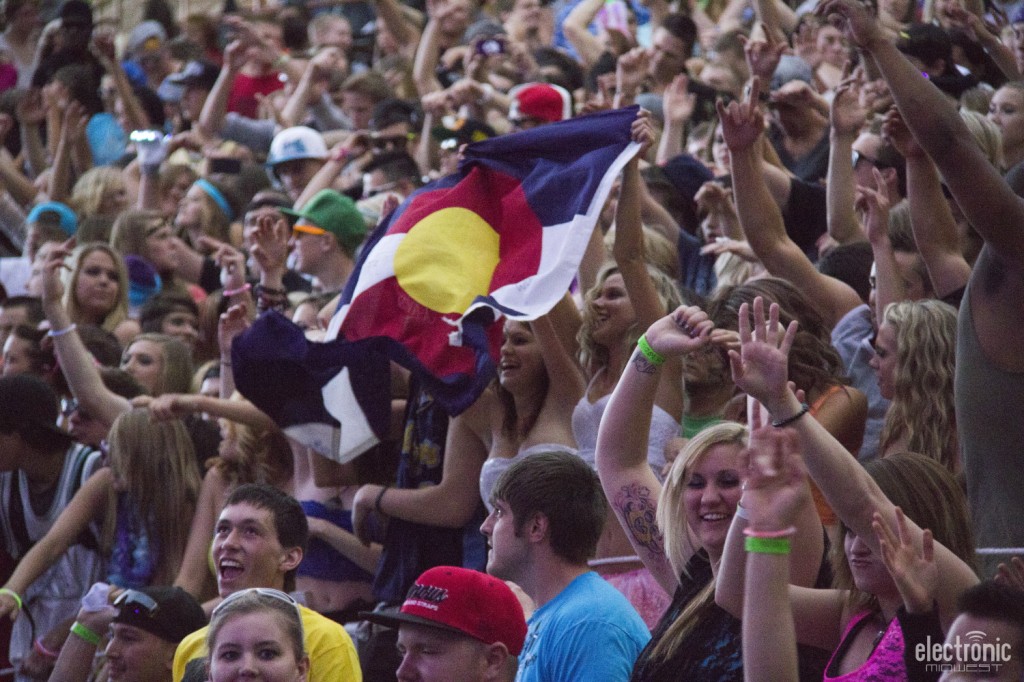 This of course is just the beginning of an amazing festival season for EDM in Denver. Global Dance Festival is celebrating its 10th anniversary with a three day run scheduled for July 20-22 at Red Rocks. There are also Global Dance Festival’s this year in Detroit (July 18-19), Minneapolis (July 18-20), and Kansas City (July 20-21).

Also, be sure to check out the newly released (and free) Global Dance Festival movie to catch a glimpse of what you can expect for this summer’s event.