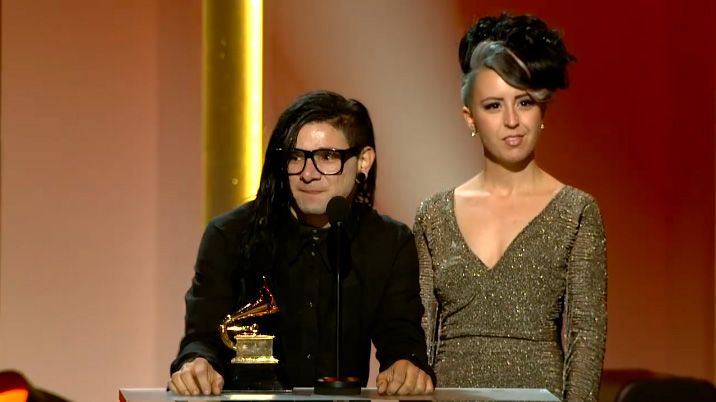 Even though names like Mumford & Sons, Gotye, and Fun. were the high-profile winneras at the 55th annual Grammy Awards on Sunday evening in Los Angeles, it was another big night for dance music too.

Dubstep master Sonny Moore — better known as Skrillex — picked up all three awards in the dance music-focused categories, giving him a total of six Grammys. This included nods for Best Dance Recording for his track with Sirah “Bangarang,” Best Dance/Electronica Album for his EP also named “Bangarang,” and Best Remixed Recording, Non-Classical for his remix of Nero’s “Promises.”

In 2012, Skrillex won Grammys in each of the same three categories.

The awards were presented in a pre-telecast event held at the Nokia Theater prior to the primetime broadcast at Staples Center. 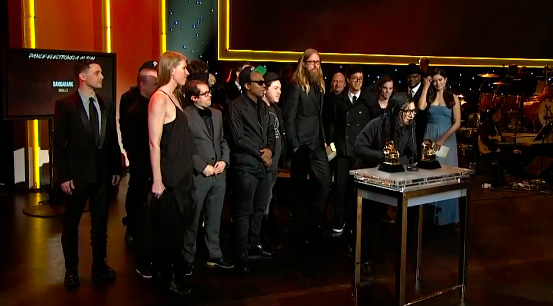 Skrillex invited many of his fellow OWSLA label artists on stage for the acceptance of his final award of the night, calling them his “family.” Included in the on-stage crowd was 12th Planet, Kill the Noise and Alvin Risk.

In his acceptance speech he told the audience and his fellow producers: “Let’s keep making music and let’s tell all the producers out there that want to be up here [that] you have the opportunity. We’re all here, we’re a big family, we’re a big community. We support music and a forward thinking attitude. Let’s keep it going.”

Kaskade, who also received his first Grammy nomination this year in the Best Dance/Electronica Album category, didn’t go home a winner but was a presenter at the pre-telecast award show. 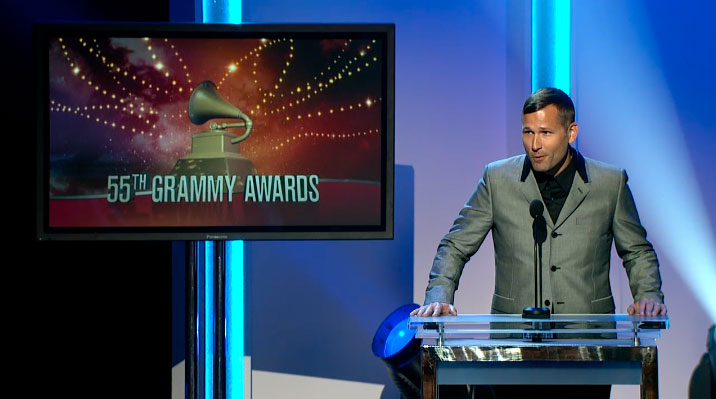 Kaskade, who’s also a member of the Recording Academy, also spent time telling reporters backstage that EDM shouldn’t be kept as only part of the pre-telecast portion of the award show.

“We’re selling more tickets than any other artists out there. And I feel like it’s our time to move into the primetime now. It’s a slow evolution,” he said. The Academy “has really embraced us… There’s a lot of us out there.”