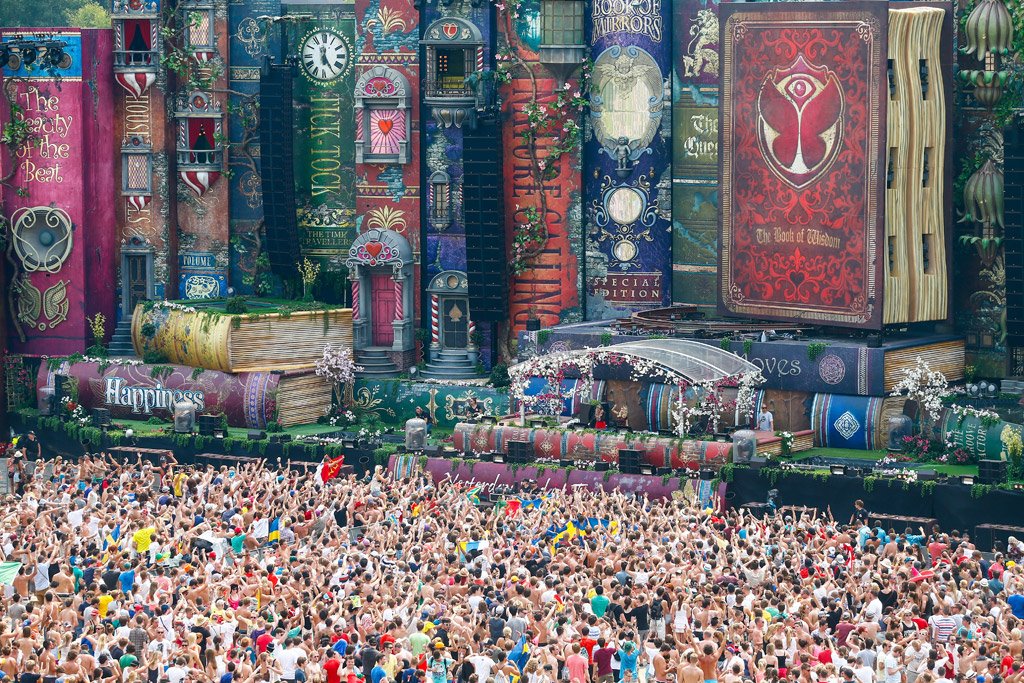 Tommorrowland, the massive fantasy-themed EDM festival kicks off today in Belgium and you can experience part of the action via a newly launched Tomorrowland TV on YouTube. The stream will run seven hours each day of the festival (July 27, 28 & 29) and will feature a mixture of live and pre-produced programming.

The broadcasts kick off at 7 p.m. in Belgium (12 noon in the Central US) each day with sets by some of the top headlining artists including Alesso, Steve Aoki, Fatboy Slim, Avicii, Carl Cox, The Bloody Beetroots, Martin Solveig, Paul van Dyk, Dimitri Vegas, Afrojack, David Guetta and Dave Clark. A rebroadcast is set to begin at 7 p.m. CDT (2 a.m. Belgium) each night.

Tomorrowland is produced by ID&T, the same company that produces the wildly popular Sensation event series (which is making its USA debut this October in NYC). If you didn’t make it to this year’s event, you’re certainly not alone.  Belgians were given first dibs on tickets with a presale (80,000 of the 180,000 tickets) on March 24. In less than one day, all of the tickets sold out and at some moments there were 250,000 people on the online waiting list. The worldwide sale started April 7 at 11am. Within less than two hours, the other 100,000 tickets sold out.

Here’s the official Tomorrowland TV schedule (all times CDT), of course subject to change at any time:

It’s all happening over on Tomorowland TV. The content is said to be available for post-event viewing on the channel’s page as well.