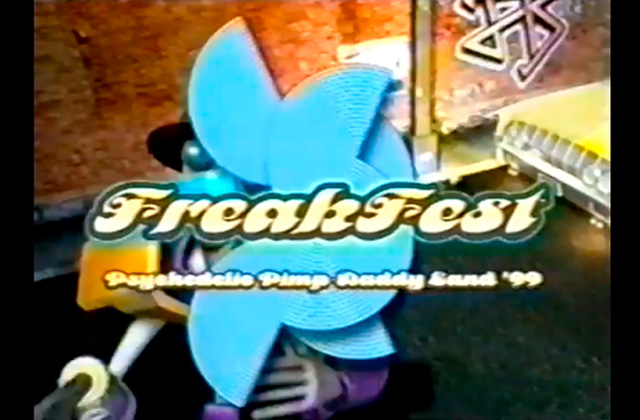 The pants were phat. A turntable was the primary DJ tool. And a guy they called Disco Donnie was throwing massive underground raves across the South under the name “Free Bass Society.”

Cut to almost 15 years later, and a lot has changed when it comes to appearances and technique in the dance music world, but the goal is all the same: uniting people to enjoy the beat and nurture a community of peace, love, unity, and respect.

We’ve seen occasional videos pop up from old-school raves, but it’s rare to see something as well produced as this recap video from Freakfest 1999, held at the State Palace Theatre in New Orleans.

The video surfaced on YouTube earlier this month after it was posted on the Rave Archive forum. The post’s author says the video was ripped from DVDs distributed at parties. The Freakfest 1999 lineup included Stryfe, Egyptian Lover, 2 Live Crew, AK 1200, and DJ Dan.

As for Disco Donnie? His company now produces over 1,000 EDM events annually and last year was acquired by SFX Entertainment.

If you’re interested in reading more about Disco Donnie’s early rave days, check out this in-depth story on Best of New Orleans.