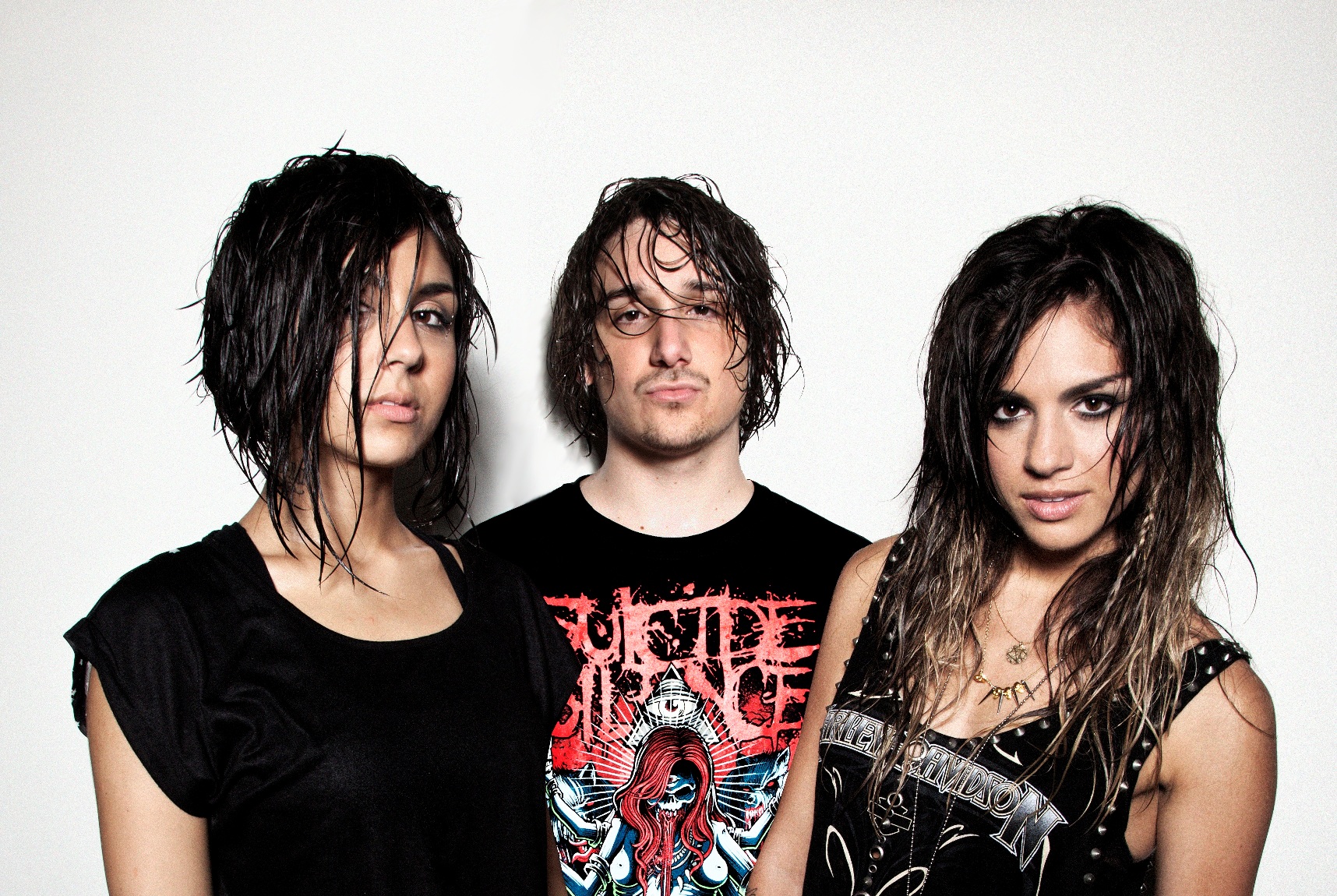 Chicago’s West Loop was once known as one of the Midwest’s busiest manufacturing corridors. But soon, thanks to a new EP dubbed PLAY HARD, it may be known for a sound manufactured by one of America’s most exciting new electronic music acts: KREWELLA.

Jahan, Yasmine and Rainman, who live in and create music in the gritty yet artsy neighborhood, burst onto the national stage with their debut video “Killin’ It” in early 2012, racking up Facebook likes and spreading virally around the globe via Twitter as EDM fans swooned over KREWELLA’s unique brand of dubstep-infused electronic music with catchy female vocals. However, KREWELLA insists that they are just getting started.

“We get pigeonholed into being ‘dubstep’ a lot, but only one of the tracks on our EP is actually dubstep,” says Kris Trindl aka ‘Rainman,’ beatmaker and one third of KREWELLA. “People like to put us in a box, but we just like good music….if it’s between 100BPM to 170 BPM we’ll figure out a way to make it work and have a good time with it,” the producer and DJ says. “We just make music that we love.”

“Thanks to the internet, we grew up on a plethora of genres…KREWELLA is basically a product of the music that we were raised on—ranging from pop, to punk, to metal,” says Jahan. “Every track on the PLAY HARD EP embodies a different subgenre of EDM ranging from dubstep, to progressive house, to moombahton.” Demand has proved so strong for KREWELLA’s signature sound that they have had to adjust touring plans from small clubs to major festival dates this year.

Despite their early success, KREWELLA continues to viciously commit to one goal and one goal only–“Making you wet… one song at a time”