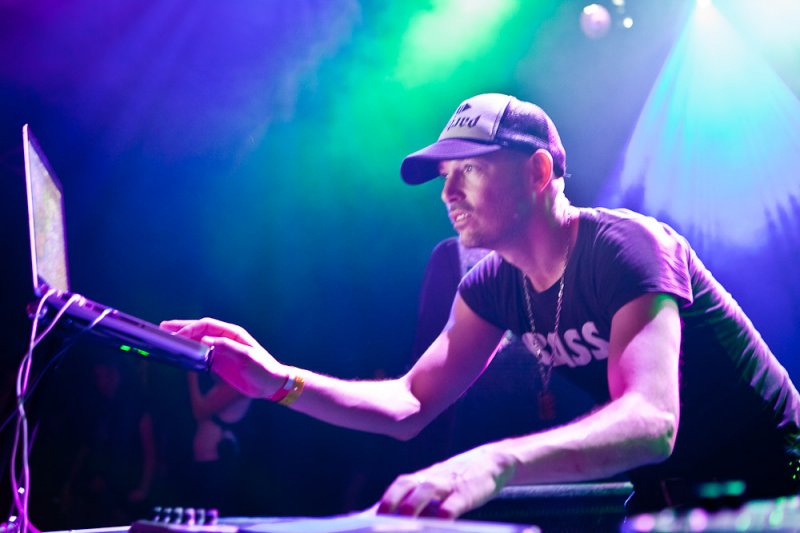 MartyParty has been taking the electronic dance music scene by storm, blowing up festivals and dance floors with his original style of dubstep-crossing-hip-hop-big-bass bangers. Born and raised in South Africa and now residing in Brooklyn, NY, MartyParty has released over 50 tracks in just two years both prominently and frequently featured on the iTunes, Addictech and Beatport charts. Aside from that, he’s constantly crossing the US and Canada on tour with the MartyParty live show with headlining spots on the Monsters of Bass tour, Lightning in a Bottle, Camp Bisco and several other festivals around the US and Canada.

He has also shared the stage with some of the biggest names in the scene such as the The Glitch Mob, Skrillex, Bassnectar, and Steve Aoki; not to mention countless collaborations with his PANTyRAiD mate, Josh Mayer (Ooah of the Glitch Mob). With multiple tracks under his belt, countless plays from some of the worlds biggest DJ’s, and an endless perseverance to reach that next step, MartyParty has set himself apart as one of the most sought after dubstep producers around. If you love hip hop, dubstep and purple music – catch a MartyParty show!

MartyParty started producing his own flavor of music in 2005 with the mission to change the monotony of electronic music by creating an entirely different electronic sound: more musical, more story telling, and more diversity in the beats. The result is a growing anthology of MartyParty music crossing over hip hop, dubstep and dance music into a rich sound he calls Purple.

MartyParty’s live “Purple Opera” is a seamless voyage through an original music collection taking the audience on a the roller coaster ride of emotion and dance.  Intense bass, huge beats, emotional melodies and cutting edge sound design all come together for a wild trip – unique to every performance.

There are no “disks” and he is no “jockey.”  Working without headphones using Ableton Live on a laptop, the ability to mix more than two channels creates an entirely new audio experience for the audience. The live set is a show… a high energy, intense dance party.