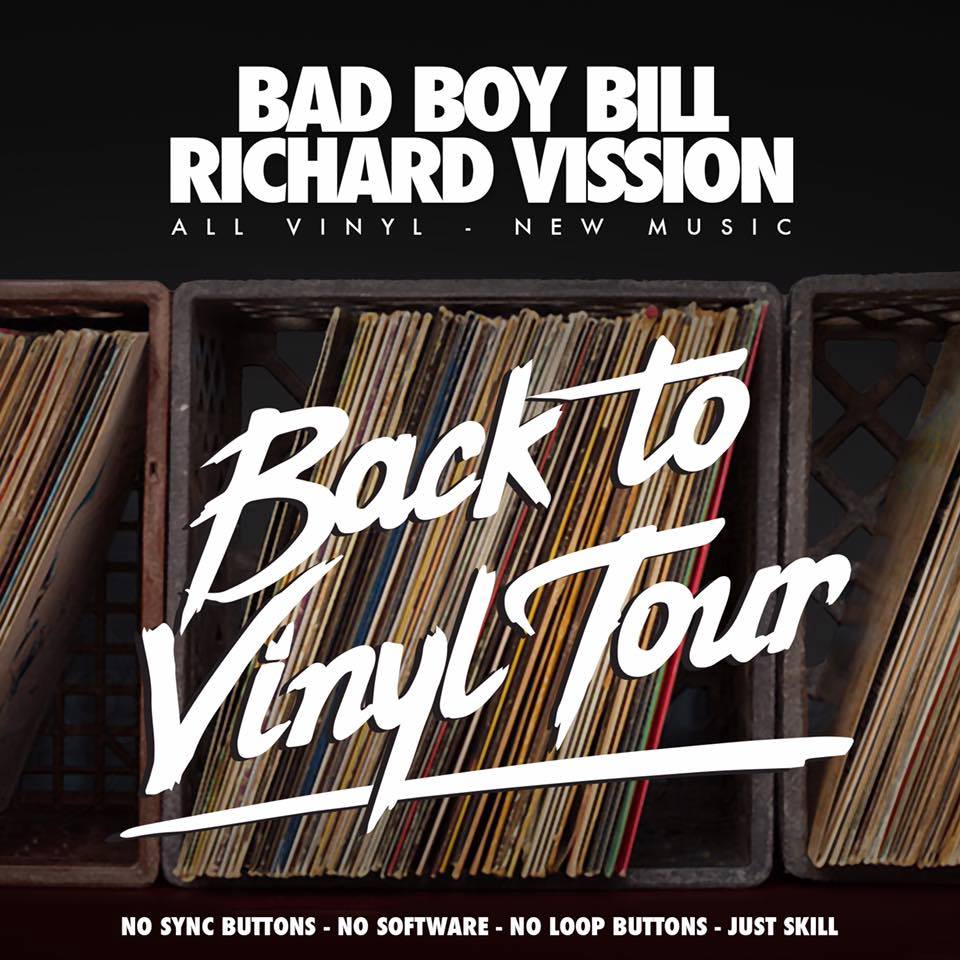 House music visionaries Bad Boy Bill and Richard Vission are in the midst of their Back To Vinyl tour, a first-of-its kind undertaking filled with shows played entirely with vinyl pressings.

The two have done away with software, loops, and sync buttons entirely for this throwback tour, even pressing entirely new vinyls. The record selection includes brand new and classic songs all pressed into high-quality vinyl.

In support of the tour, Bad Boy Bill and Richard Vission collaborated on a new single titled “Everybody Jumping,” set to be released on Vission’s label Solmatic. The single is said to be a remodeled disco record that blends the old and the new with a funky disco-laden bassline.

The 24-date tour started July 8 in Cincinnati and continues until its final stop in Savannah, Ga. on Oct. 15.

See the Electronic Midwest shows of interest and the full tour below. 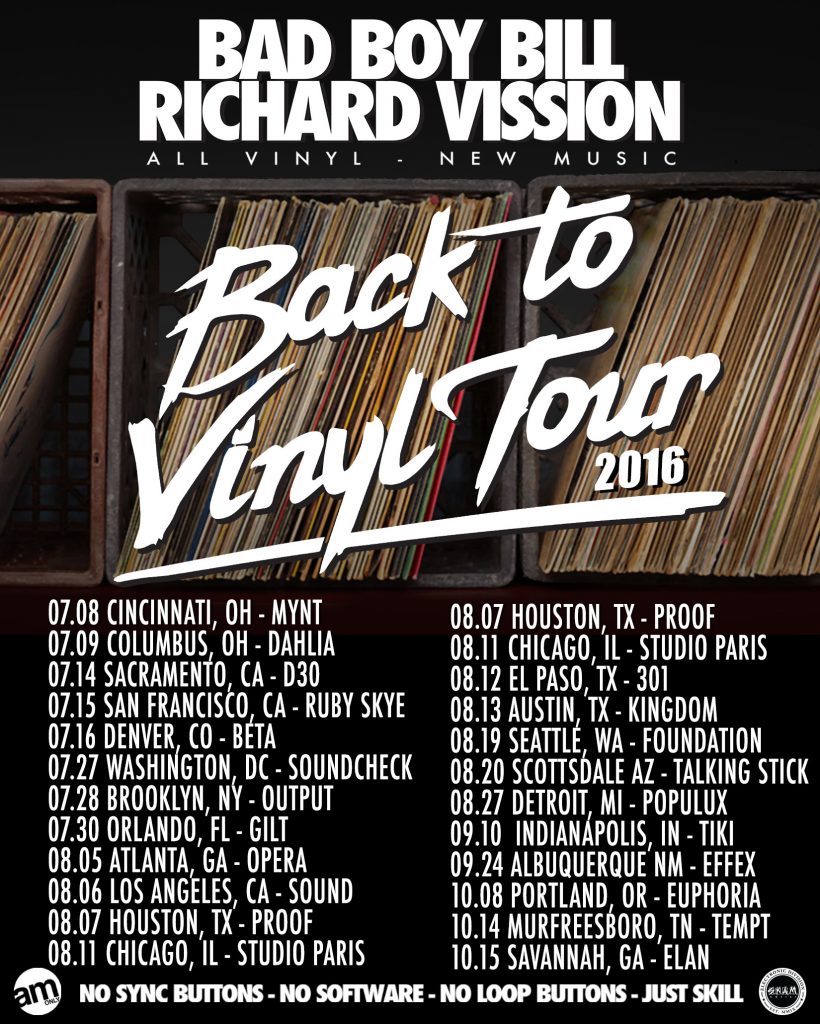