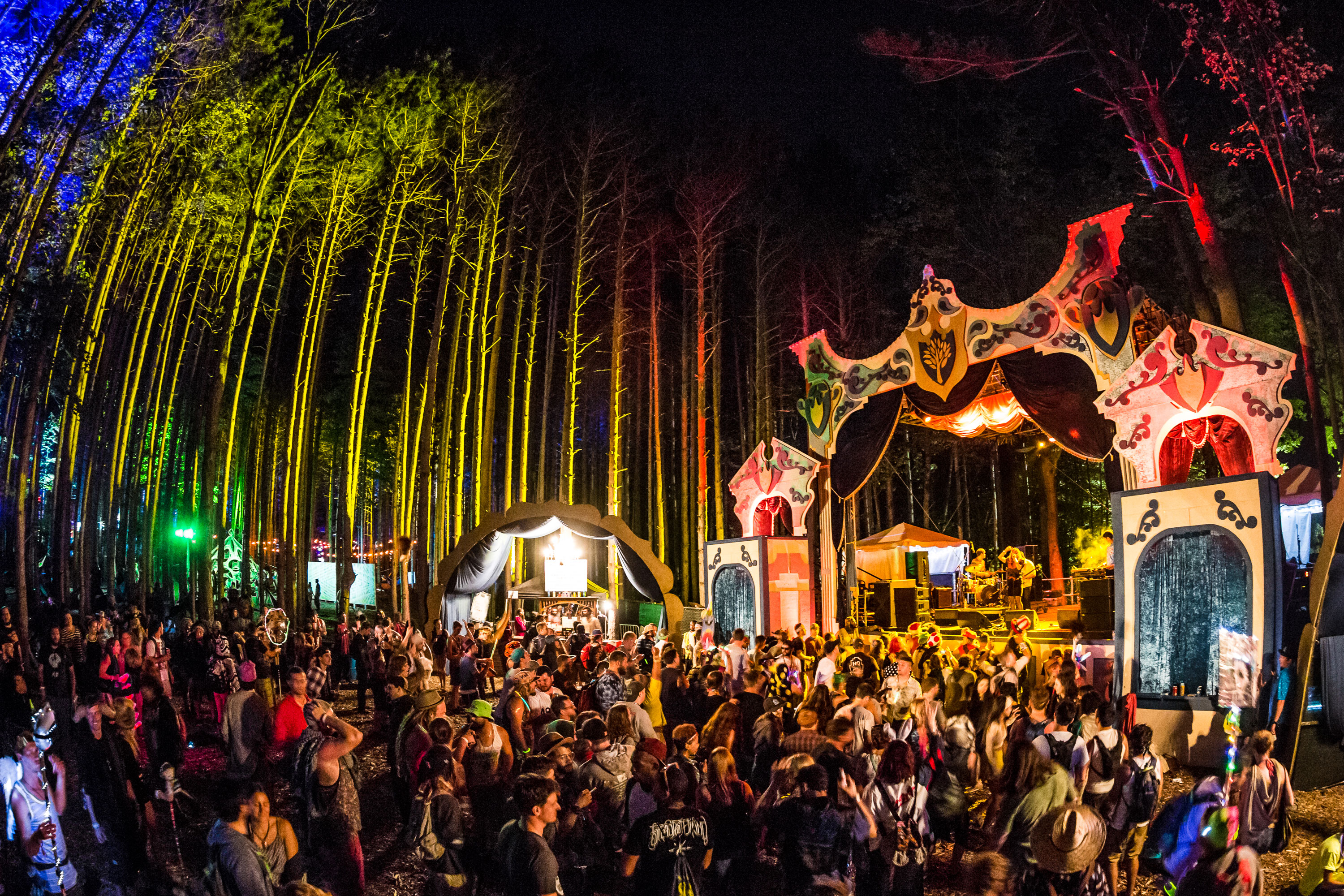 Electric Forest organizers today announced tickets will go on sale beginning Nov. 29 for the 2017 edition of the Rothbury, Mich. festival.

Fans who have attended the festival at least four times in the past will have the first opportunity to purchase 2017 passes, followed by VIP and general admission attendees who registered wristbands in 2016.  Electric Forest tickets will go on sale to the general public on Dec. 8. (See graphic below for full loyalty on-sale information.)

General admission wristbands start at $229.75 for “Four in the Forest” attendees and $297.75 for the general public. Camping is included with the purchase of all wristbands. A variety of “Good Life” VIP options are available.

In September, organizers announced the addition of a second weekend, with wristbands being sold separately for each. Set for June 22-25 and June 29-July 2, the two weekends will have similar but distinct lineups and experiences.

An initial lineup for each weekend will be revealed prior to Nov. 29.

Also announced today were the 2017 Plug-In Programs, which provide attendees the opportunity to participate in various aspects of the festival experience, often with the chance to win free passes. New programs this year include the Brainery Workshop Program, Unmediated Videographer, the Coloring Zine, and special Her Forest curated events.

Full details on tickets and more can be found at electricforestfestival.com. 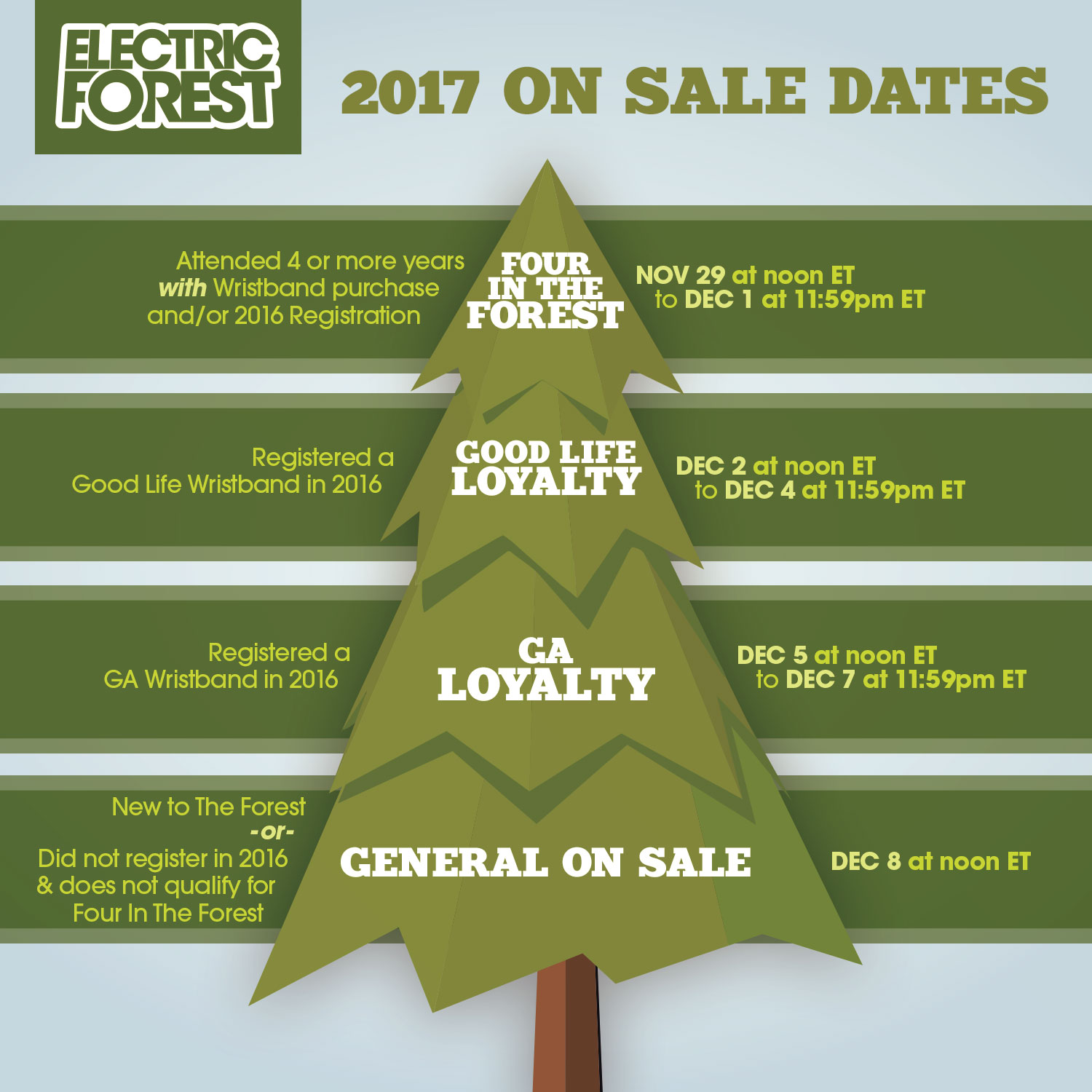