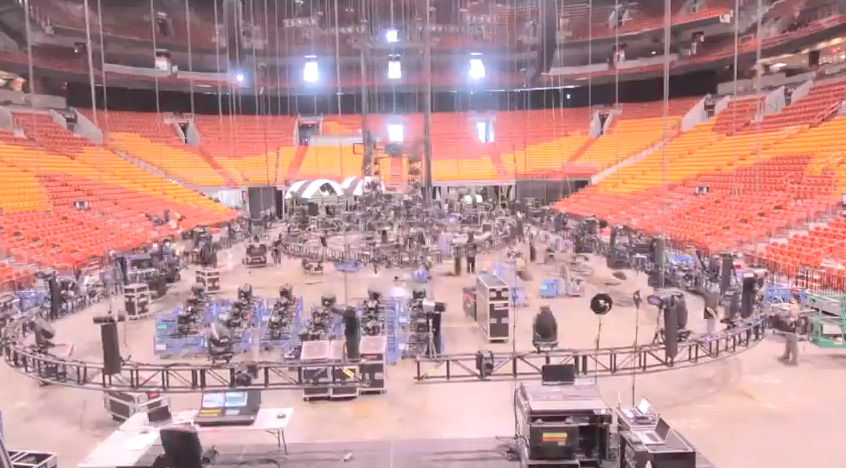 On the heels of the debut of his four-city “Atmosphere” tour, Kaskade released a YouTube webisode yesterday featuring a behind-the-scenes look from the Miami kickoff show.

In the video, he tells a small group of fans that after tour rehearsals in Las Vegas, a crew of 30+ worked together to transport and reassemble the stage production in Miami.

Beyond the impressive production, Kaskade also reveals that he’ll sing live vocals on the tour’s title track “Atmosphere” during the show.

Kaskade will bring the Atmosphere tour to Chicago’s Navy Pier on Oct. 12. A limited amount of tickets are still available.