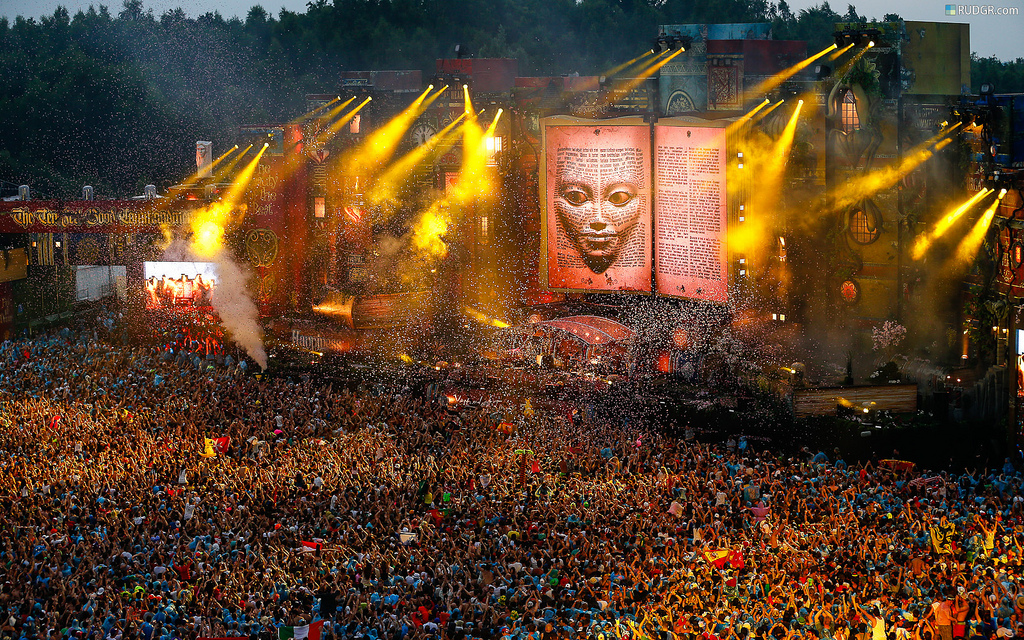 Thousands of festivalgoers from around the world are en route to Atlanta this week for the debut of TomorrowWorld, the first international expansion of Belgium’s wildly popular Tomorrowland festival.

Despite the well established brand name, ticket sales have been noticeably slow for the U.S.’s first major festival open exclusively to the 21+ crowd. Tickets can be found on third-party reseller websites like StubHub for more than half of the original price.

Regardless, this event will be one for the history books as more than 250 DJs perform across eight intricately decorated themed stages.

If you’re not one of the lucky ones headed to Georgia’s Chattahoochee Hills for the inaugural event, you’ll still have a chance to experience the madness from home via live video and audio streams.

TomorrowWorld TV will broadcast live each day this weekend (Friday through Sunday), from 6 p.m. to 1 a.m. CDT. Recorded streams will be replayed around the clock.

Evolution on iHeartRadio will stream audio from TomorrowWorld in realtime for listeners around the world via the web and mobile app.