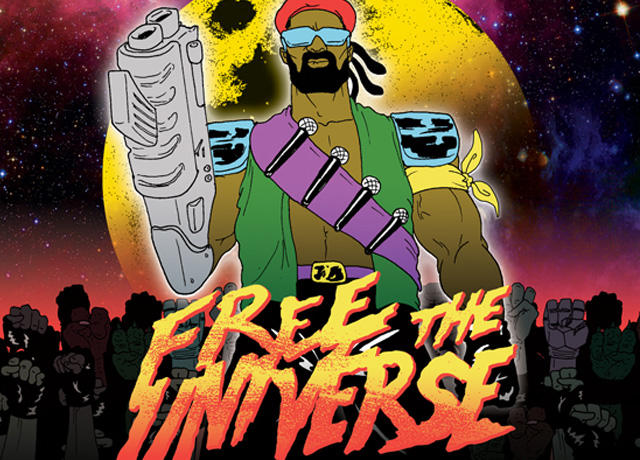 Major Lazer — led by Grammy-nominated producer and “express yourself” master Diplo — is kicking off a massive worldwide tour this spring.

Named after the upcoming Mad Decent release Free the Universe, the tour will kick off in Toronto, sweep the U.S., and caress most of Western Europe before wrapping up in Germany in May. Obvious breaks in the schedule leave room for performances at both weekends of Coachella in April.

According to the Mad Decent website, Major Lazer “is a fictional cartoon character, who fought as a Jamaican commando and lost both arms in a secret zombie war in 1984. He fights vampires and various monsters, parties hard, and has a rocket-powered hoverboard….”

Dragonette, Angel Haze and Lunice will join the tour for support on select dates.

Here’s where you can catch the tour in an EMW city near you: 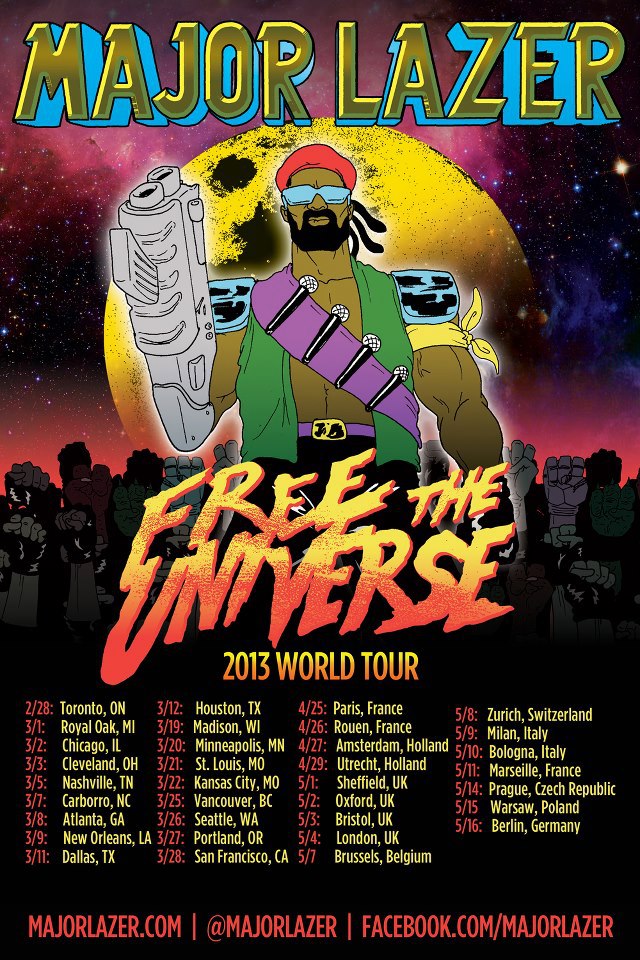