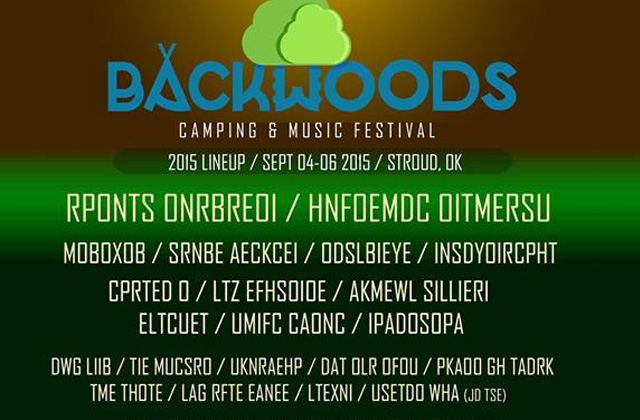 Backwoods Camping and Music Festival is stepping up its lineup game this year. Big time.

Organizers for the Labor Day weekend event outside Stroud, Okla. (halfway between Tulsa and OKC), today revealed a scrambled version of this year’s festival lineup in anticipation of the official release on Monday.

Based on our own and crowd-sourced descrambling skills, some of the headlining names include Porter Robinson, Infected Mushroom, Boombox, Papadosio, Dirtyphonics, Lettuce, Break Science, Dieselboy, and The Floozies. Check out our list below for more predictions.

This lineup proves its not only going to be a huge year for Backwoods, but for the entire state of Oklahoma.

Tickets for the three-day festival can be purchased at the almost unbelievable bargain price of $69, which includes camping. VIP options start at $149.

(in order of placement on scrambled lineup poster) 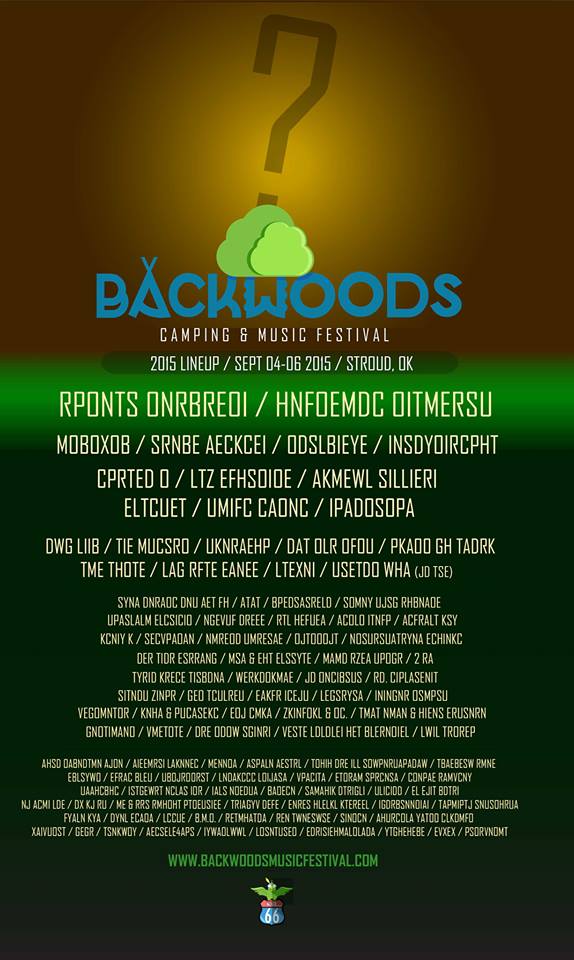