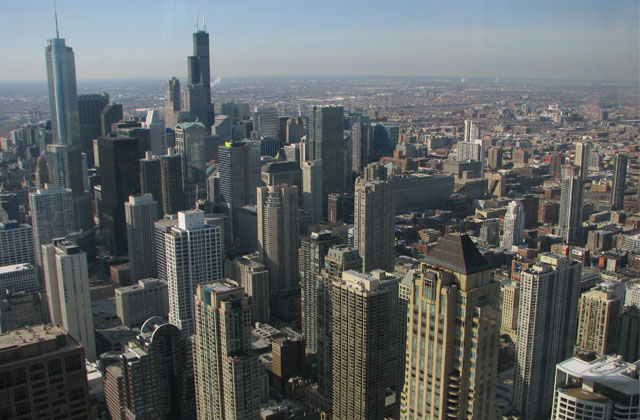 Reports from a number of sources has led us to believe Insomniac Events will bring Electric Daisy Carnival (EDC) to Chicago over Memorial Day weekend 2013.

Pasquale Rotella, CEO of Insomniac, posted a photo to Instagram and Twitter on Saturday teasing that an important announcement for Chicago would be coming soon. At the time of this posting, there has been no official announcement from Insomniac.

A different festival — Future Sound Dance Music Festival (FSDMF) — was originally advertised to be held May 24-26 just outside Chicago but information has surfaced indicating that EDC will instead be held that weekend.

Aura Presents was also producing several club-sized events around Chicago, including the recent ATB and Rusko shows at the Aragon Ballroom.

Aura Presents lists their office at the same location as the Aragon Ballroom and, according to their Facebook Page description, brings “the biggest artists in the industry [to] the best venues in Chicago and all around North and South America.”

A ticket presale for FSDMF took place in early October at a price of $120 for a 3-day pass and tickets were set to go on sale officially on November 15. However, those public tickets were never made available and a promised Groupon deal via the festival’s Facebook page also failed to happen. This led many presale ticket holders to become concerned over the legitimacy of their tickets and the festival itself.

Electronic Midwest, though not affiliated in any way with Aura Presents, has also recently received inquires about the festival from concerned ticket holders.

On Sunday evening, a link to a blog post written by the alleged owner of Aura Presents was shared on the FSDMF Facebook page. In that blog post, the writer describes in full detail the events that led to the creation of FSDMF and the apparent downfall.

We’re unable to confirm if the writer is in fact the owner of this entity but the post did originate from the “Aura Presents” Facebook page account. And after a Google search, we found that Brandon Smith (@BrandonsChicago) identifies himself as the CEO of Aura Presents and Talent Buyer at Aragon Ballroom on his Twitter profile page.

The writer of post notes that Rotella and Insomniac contacted him in July expressing concern with FSDMF’s scheduled dates because Insomniac had already secured a venue and was planning to host EDC in Chicago on the same weekend, May 24-26, 2013.

The post goes on to say that Insomniac and Aura had at first attempted to work together to merge the two festivals but that numerous funding complications and misunderstanding among business partners later caused almost all of the confirmed talent for FSDMF to back out after artist deposits went unpaid.

These events triggered a “domino effect” leading to the eventual demise of festival and Aura Presents, who has since filed for bankruptcy according to the writer.

The writer also noted that his former business partners have since formed a company of a different buy similar name, “Aura LLC,” who may still be trying to revive the festival. The festival’s Facebook page has not been updated since late October, though it’s apparently been taken over by the remaining partners.

There’s no word yet whether those who purchased presale tickets to FSDMF will receive a refund.

Based on Rotella’s posts via social media, we know some sort of Insomniac event is being planned for Chicago, a city whose EDM scene is currently dominated by React Presents. React produces hundreds of club events each year in addition to Spring Awakening Music Festival in June and North Coast Music Festival September.

If true, this would be the first time EDC would call Chicago home, though it has been previously hosted in various cities around the country including Orlando, New York, Dallas, Denver and even Puerto Rico. The largest EDC is held each June in Las Vegas and attracts over 300,000 attendees.

The Summer Camp Music Festival, held 140 miles outside Chicago in Chillicothe, Ill., will also take place May 24-26, however the targeted audience and focus of musical talent greatly differs.