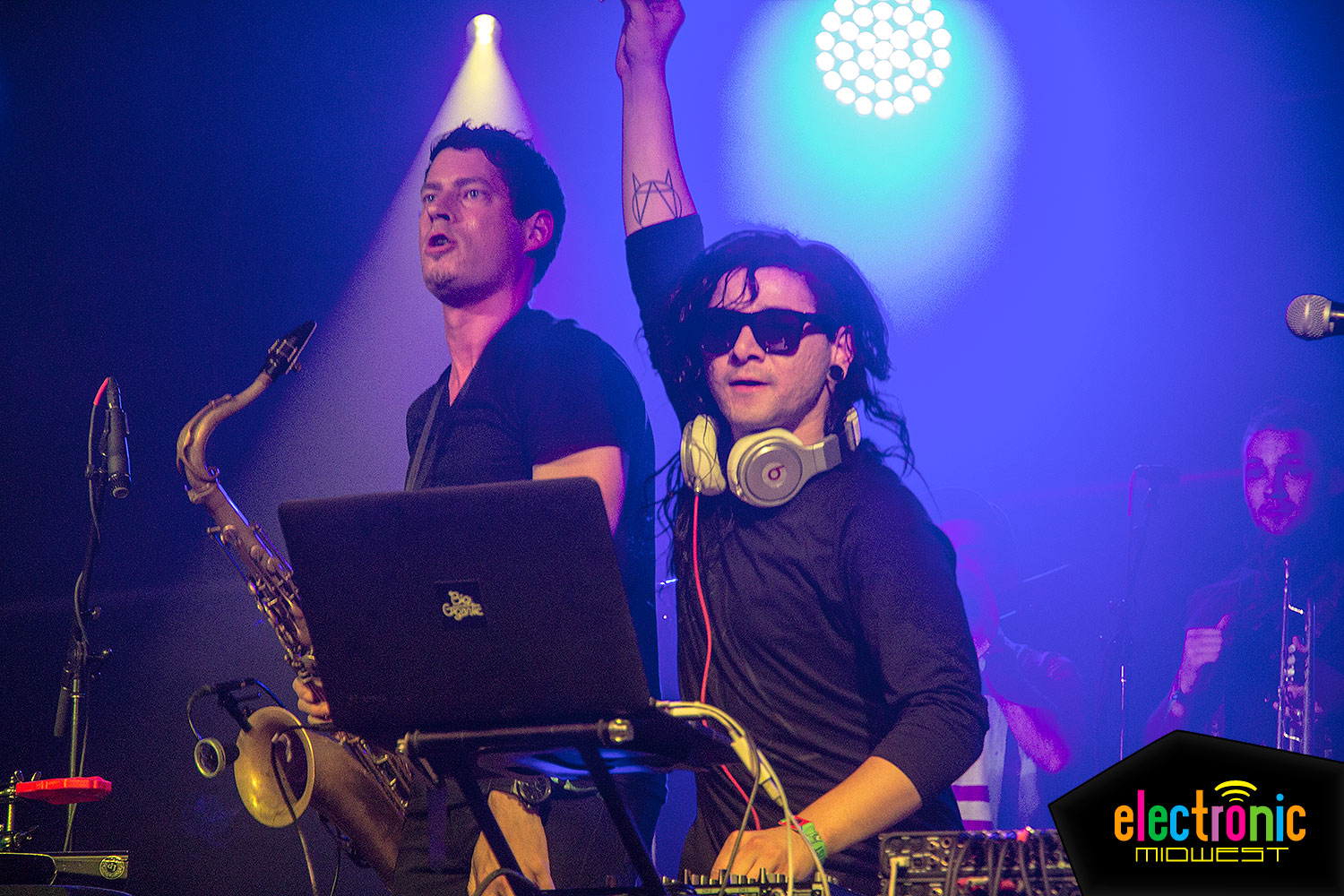 From the moment Bonnaroo’s schedule was announced, it was clear Skrillex’s Superjam would be something that couldn’t be missed.

Throughout the weekend, fans wandering Centeroo were abuzz about the impending Saturday late-night performance — over 17,000 had scheduled their attendance using the mobile app, not far behind crowd numbers scheduled for main stage performances.

And yet there was no real way of knowing what exactly was awaiting us while patiently watching crews finish stage setup and sound check just before 12:30 a.m. under This Tent.

But what followed was likely the most creative, energetic, and surprise-filled set we’ll see anywhere this year.

Bonnaroo’s late-night Superjams — a live mashup of artists and sounds not typically seen or heard on stage together — are an obvious fan favorite and Skrillex’s stab at curating the tent party didn’t disappoint.

Mixing his iconic electronic wobbles atop live instruments and vocals, the three-hour set featured appearances from a diverse buffet of artists, some previously announced and others as unexpected as the tracks they performed. 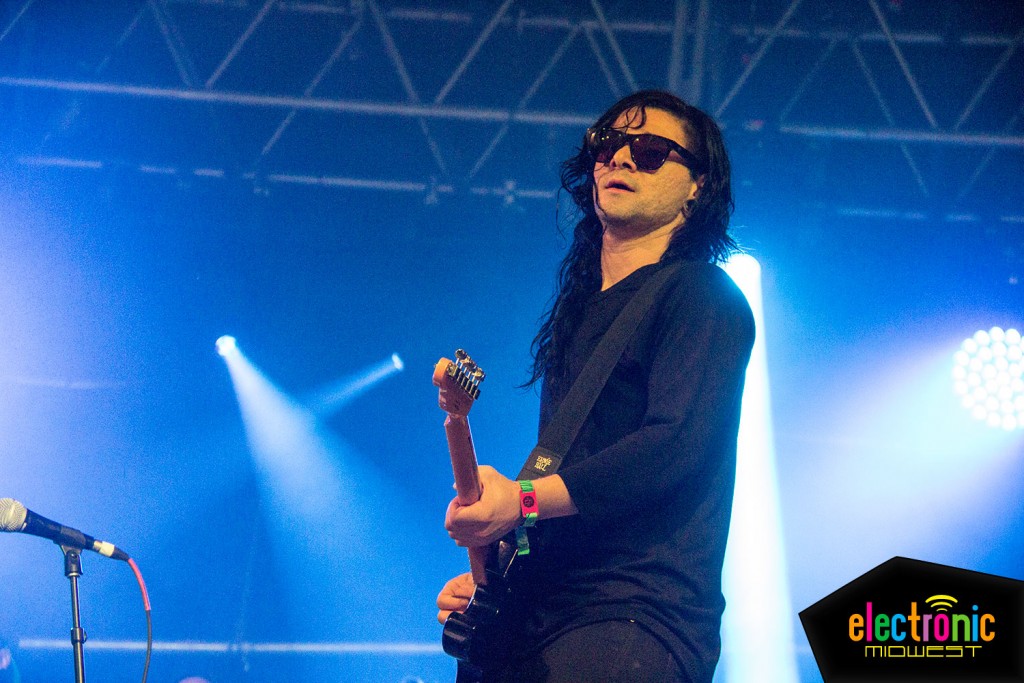 Although Skrillex added electronic elements throughout, he was often found contributing with guitar in hand instead of pushing buttons or turning knobs.

After kicking the party off with favorites like Toto’s “Africa” and Naughty By Nature’s “Hop Hop Hooray,” a planned appearance by Warpaint cleverly featured the 90s Jock Jams anthem “Pump Up The Jam,” and David Bowie’s party favorite “Let’s Dance.”

A$AP Ferg joined the stage for four tracks: a cover of Notorious B.I.G.’s “Juicy,” his own “Work” and “Shabba,” and Skrillex and A$AP Rocky’s collab “Wild For The Night.” 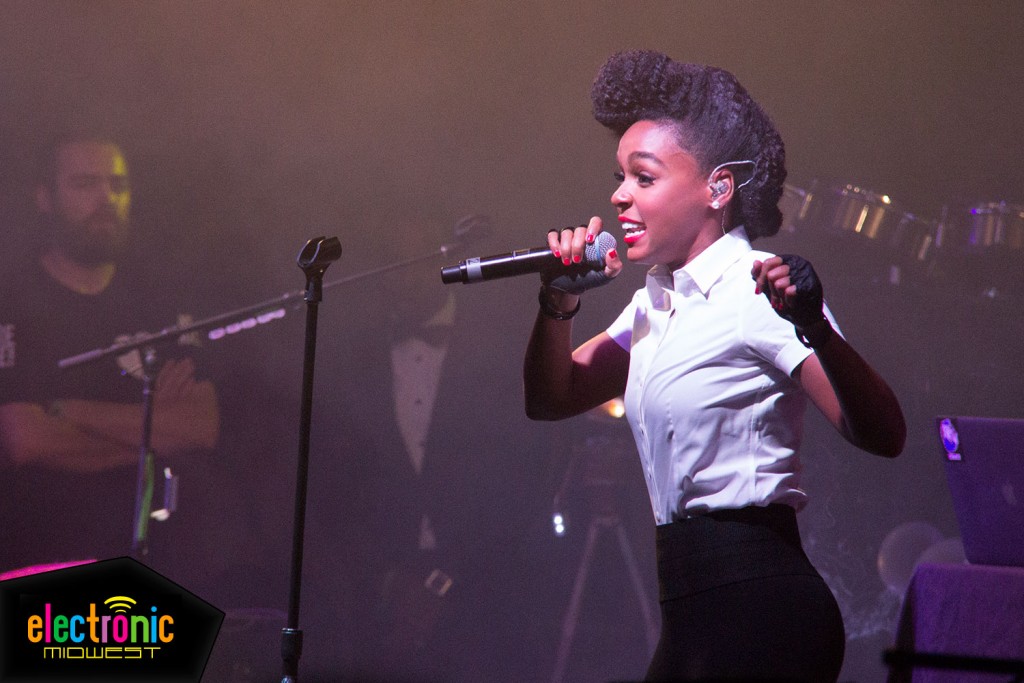 As energy levels grew to a point of no return, Janelle Monae soulfully covered Michael Jackson’s “Wanna Be Startin’ Something” and James Brown’s “I Feel Good,” followed shortly after by a surprise appearance from Mystikal. His first Bonnaroo appearance, the New Orleans MC belted out his chart hits “Bouncin’ Back,” “Danger,” and “Shake Ya Ass.”

Far from strangers after their 2012 “Breakin’ A Sweat” collaboration, Robby Krieger of The Doors next joined Skrillex on stage, as did Cage The Elephant’s Matt Shultz (who performed earlier in the day) for “Break On Through (To The Other Side).”

Zedd, who performed a set at Which Stage just hours before, also joined the stage intermittently on drums, showcasing the DJ and producer’s many musical talents.

No Skrillex-associated set would be complete without some sort of reggae flavor, satisfied by the appearance of Damian ‘Jr. Gong’ Marley who performed “Welcome to the Jam Rock” and his father’s “Get Up, Stand Up.”

The climax of the night’s extensive musical journey was a surprise appearance by Ms. Lauryn Hill. Having just finished a set of her own in a neighboring tent, Hill finished out the night with “Lost Ones,” Marley’s “Jamming,” and an overwhelming rendition of her Fugees hit “Ready or Not.”

Aside from the individual performances, perhaps the most significant takeaway from the night was Skrillex’s diverse taste in music and ability to bridge the gap between generations of music fans.

“It’s been years since I played with a live band,” he told the totem-flagging, beach-ball-bouncing crowd at one one point. “But I would’t even call this a live band. It’s like some alien race of music.”

To top off the night of surprises, Skrillex performed a spontaneous set on the Kalliope art car, a new addition to Bonnarro this year straight from the Burning Man playa.

From 70s rock-and-roll to early 2000s hip hop to modern day EDM, Skrillex’s Superjam certainly kept everyone on their feet and, more importantly, proved that dance music artists can do a whole lot more than just push play.