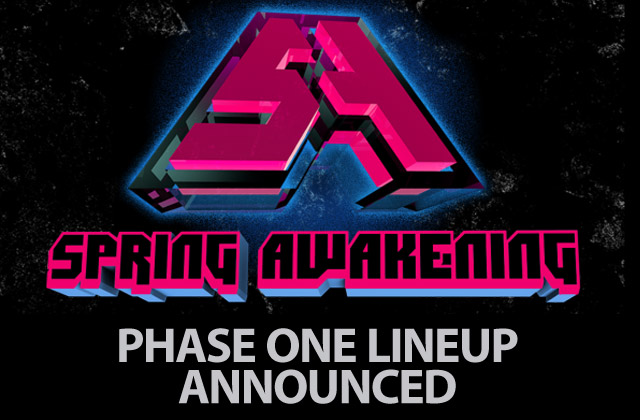 The 2013 SAMF phase one lineup includes:

Spring Awakening Music Festival has expanded to three days in 2013, adding another stage (totaling two stages and two tents) for over 100 world renown artists and over 75,000 attendees. The main stage will once again occupy the North endzone of Soldier Field, giving concert goers the rare opportunity to witness some of the world’s biggest artists and dance where the Chicago Bears play football! A tent will host more artists next to the historic Lake Shore Drive, and another next to the Colonnades on the east side of the stadium. The other main stage will sit where Da Equinox Tent  was in the inaugural year, and where React Presents hosted Deadmau5 in 2010, on “Stadium Green.”

As the festival comes to a close each night, there will be after parties in Chicago’s premier nightclubs, venues, and theaters. Last year, these included Skrillex and Afrojack at Chicago’s finest nightclub,the MID, Fool’s Gold’s A-trak, Owsla’s Kill the Noise, and Mad Decent’s Dillon’s Francis at the historic Congress Theater, Diplo & Laidback Luke at the House of Blues, Gabriel & Dresden’s Yacht Party, and dozens more. Stay tuned for the full after party announcement, as well as phase two, coming soon.

General Admission and VIP tickets are on sale at Midnight CST through Clubtix.com. Super early bird presale tickets sold out in a matter of minutes, further solidifying SAMF’s popularity in Chicago’s booming festival environment. Although there are many festivals here in Chicago and the surrounding suburbs, Spring Awakening Music Festival was the first all electronic dance music festival to ever grace Chicago, the birthplace of house music that arguably caused what is now a global EDM phenomenon. SAMF keeps its roots in mind, with Chicago legends Derrick Carter, Green Velvet, and more playing the mainstages at the festival in the inaugural year. 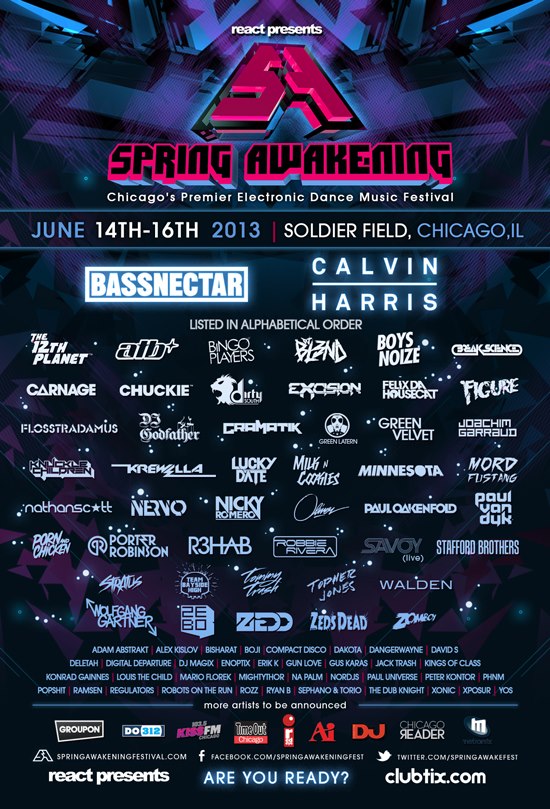