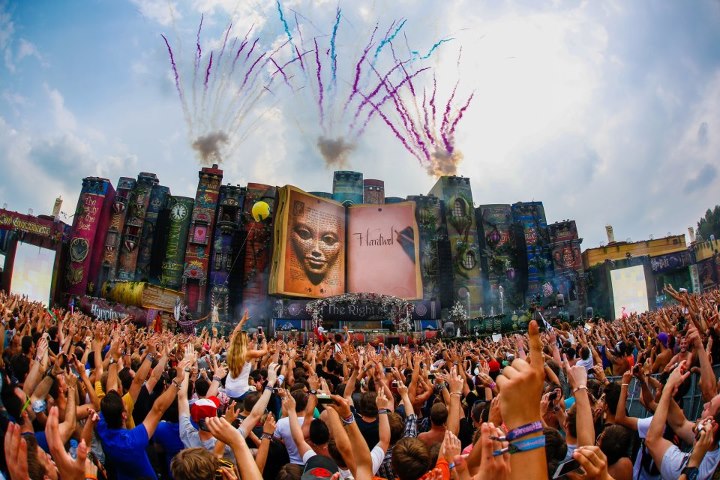 For its eighth year Tomorrowland attracted over 180,000 attendees and 400 artists who performed on 16 stages spread throughout the festival grounds over the three days. Most all of the reigning names in the electronic music world graced one of the Tomorrowland stages — literally too many to mention here.

Beyond the unbelievable music lineup, the impressive stage design and attention to detail is what attracts many to this festival. Event organizers ID&T — who also produce the popular Sensation event series — certainly spare no expense when creating a true out-of-this-world experience.

Tickets sold out in less than two hours for this year’s event, with the first allotment available exclusively to Belgium residents.

In comparison, Electric Daisy Carnival, the largest festival of its kind in the U.S., attracted over 320,000 attendees with 150 artists and 500 theatrical performers for the 2012 event held June 7-9 in Las Vegas, Nev.

ID&T also noted they’ll release a full-length movie on Dec. 1 via the Tomorrowland website. Dimitri Vegas and Like Mike produced the soundtrack for the 20-minute after movie released today.