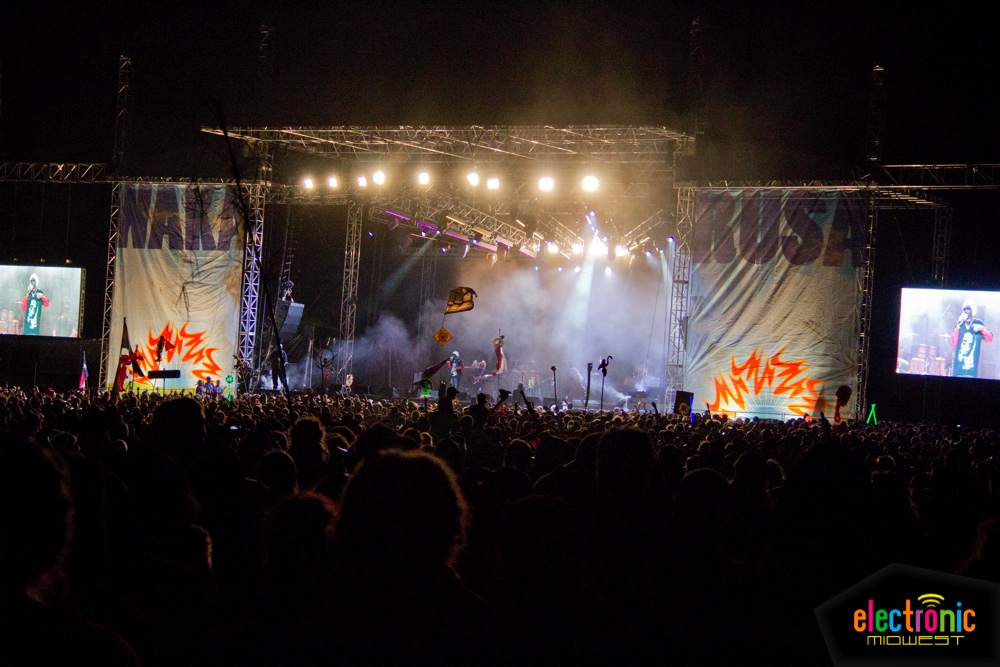 Mother nature was not kind to Wakarusa attendees and organizers this weekend.

But she made up for it late Saturday and Sunday.

Heavy rain flooded much of the festival grounds and winds mangled tents and canopies on Thursday and Friday, but calmer weather arrived late on Saturday.

Even then, attempts to remedy the muddy grounds were a struggle for festival organizers, leaving most fans to ditch shoes altogether and instead slop through the deep mud pits like mud zombies.

Some cleverly began to refer to the festival as “Sloparusa” or “Swamparusa.”

No storm related injuries were reported.

The estimated 17,000 attendees seemed to make the best of the situation when they could, some even building art displays out of campground wreckage.

Snoop Lion‘s appearance on the main stage attracted the largest crowd of the festival, though his set contained more Snoop Dogg tracks than anything.

GRiZ‘s later afternoon set on the Satellite stage procured one of the rowdiest crowds of the day. It was followed up with Gramatik‘s set later in the night, of which GRiZ also joined. The two often work together under the Grizmatik moniker.

The female Swedish duo Icona Pop also had an entertaining set Sunday afternoon, telling crowds the festival grounds and location reminded them of festivals back home.

Amon Tobin closed down the main stage. His stunning 3-d projection mapped visuals on an stacked cube backdrop created a unique and perfect ending to the 10th anniversary weekend.

While Wakarusa 2013 is in the books, the same grounds will serve as host of a new country music festival this weekend, Thunder on the Mountain. 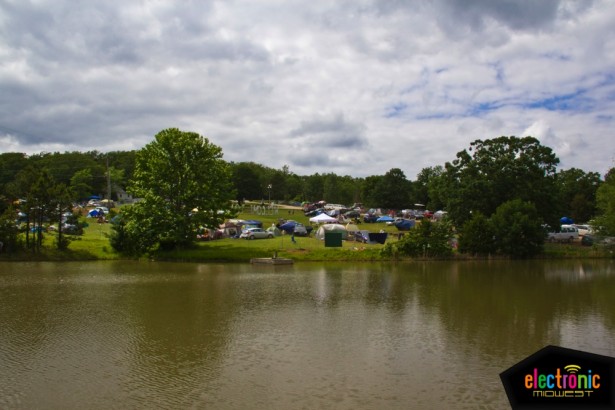 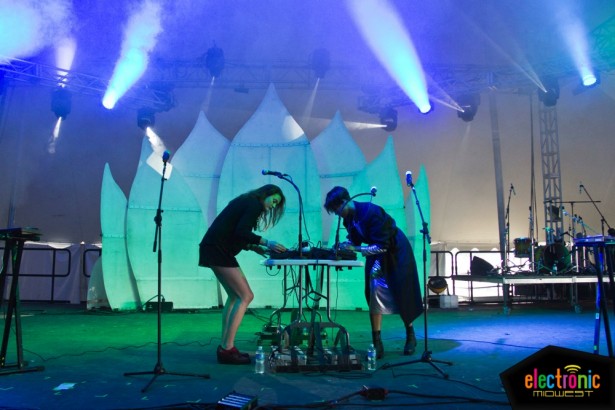 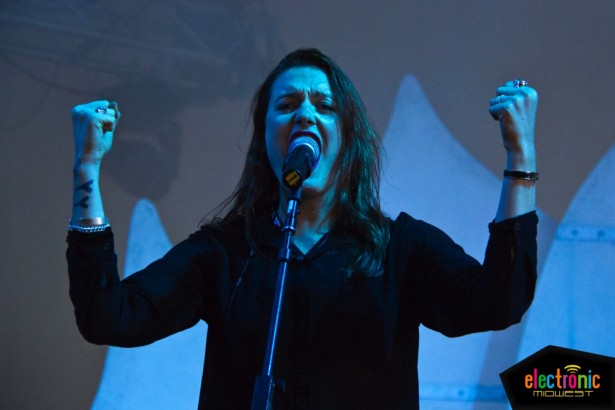 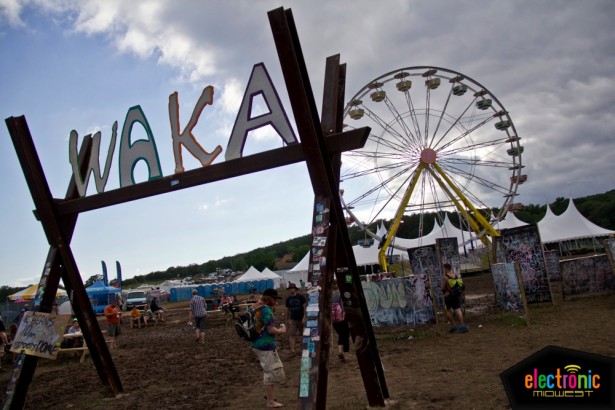 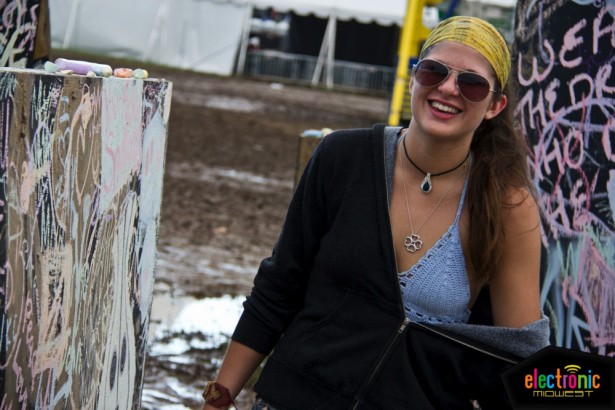 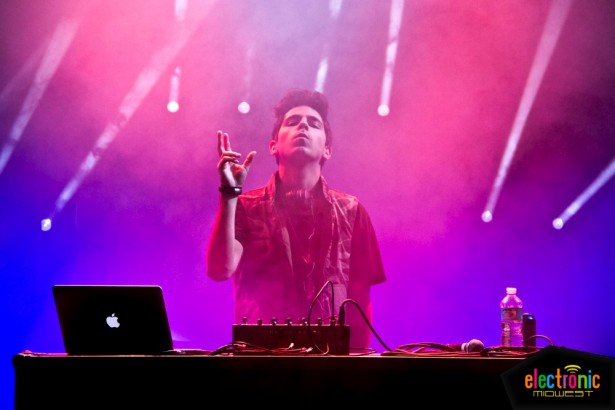 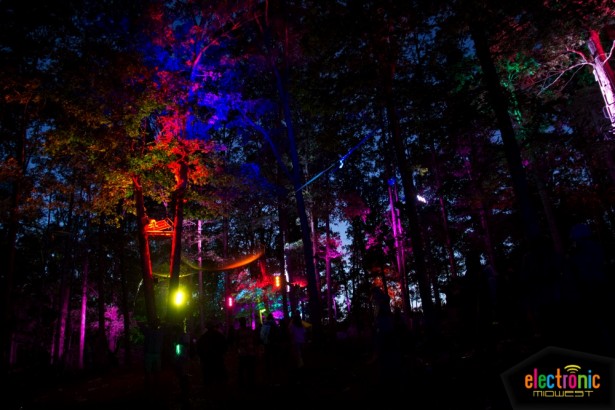 The illuminated forest leading to the Satellite Stage. 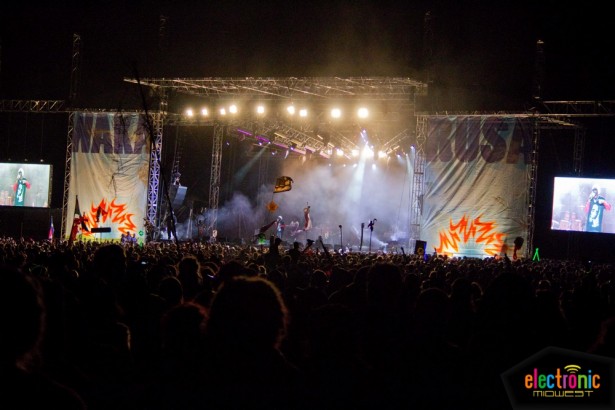 Snoop Lion on the Main Stage 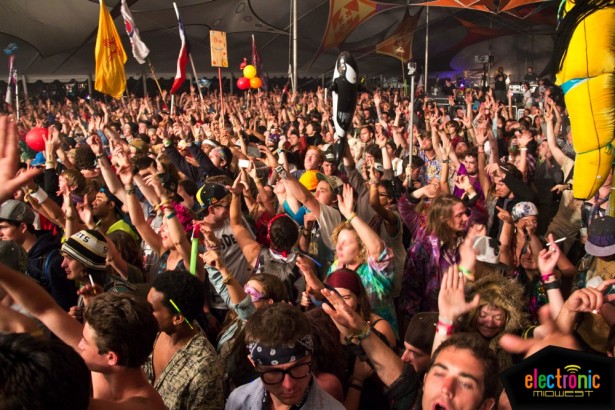 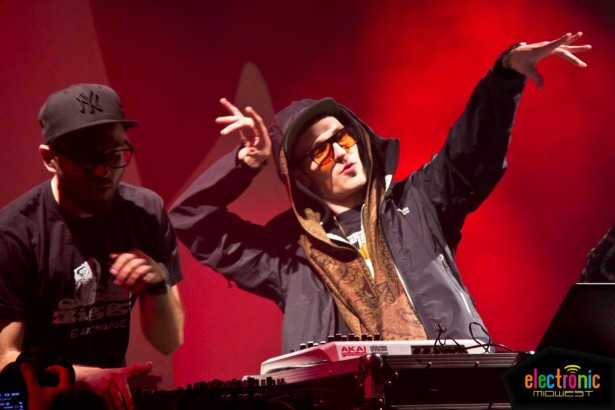 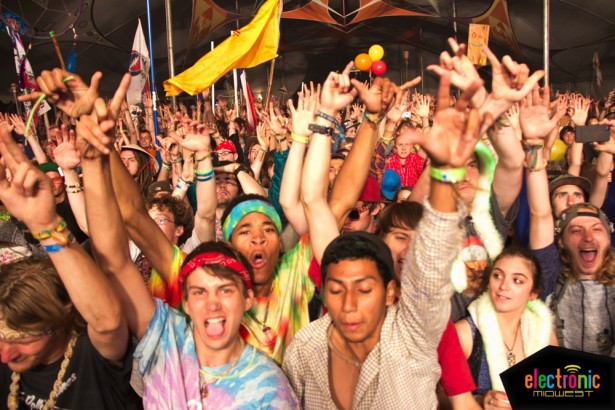 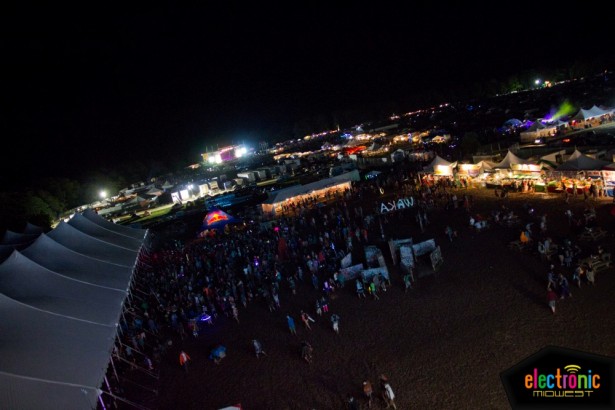 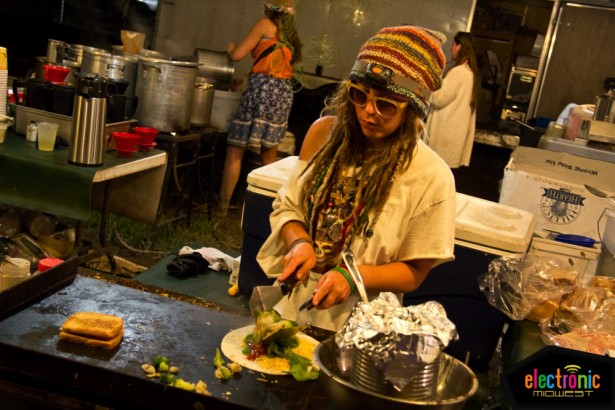 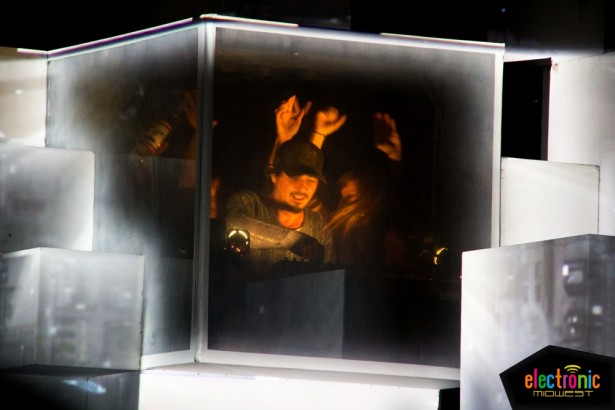 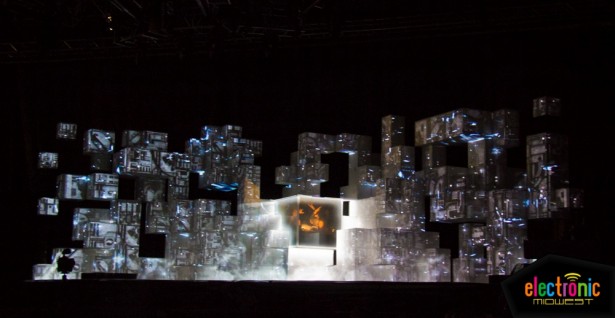 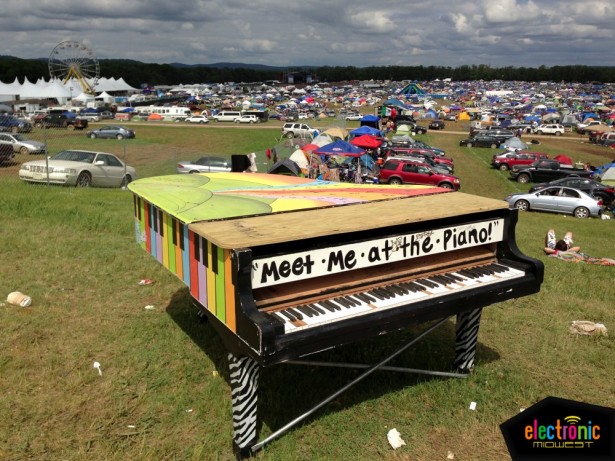 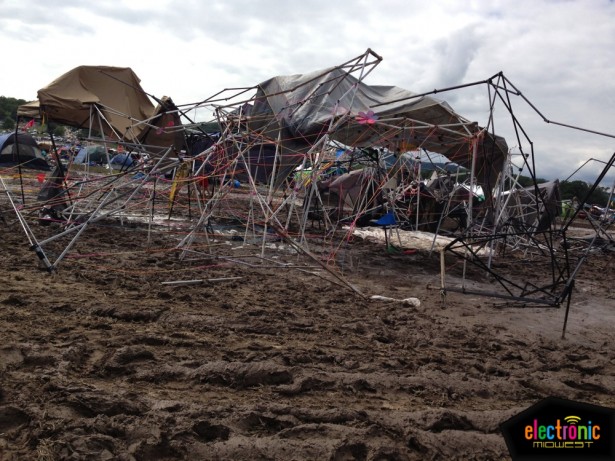 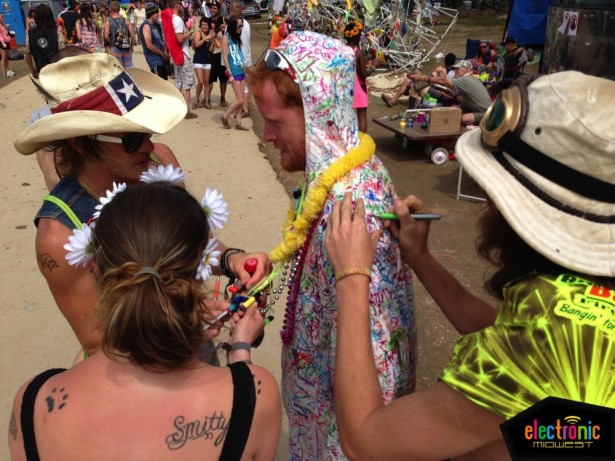 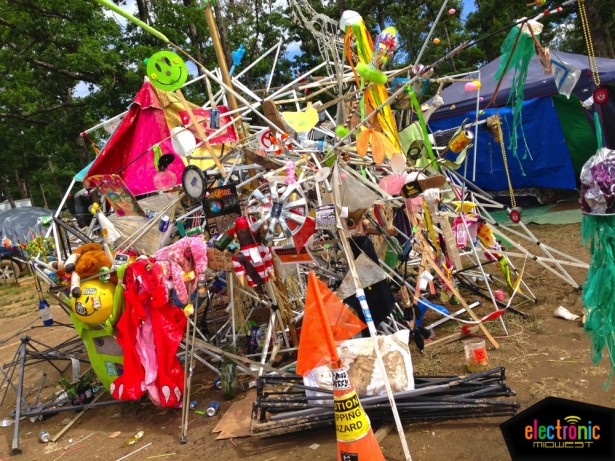 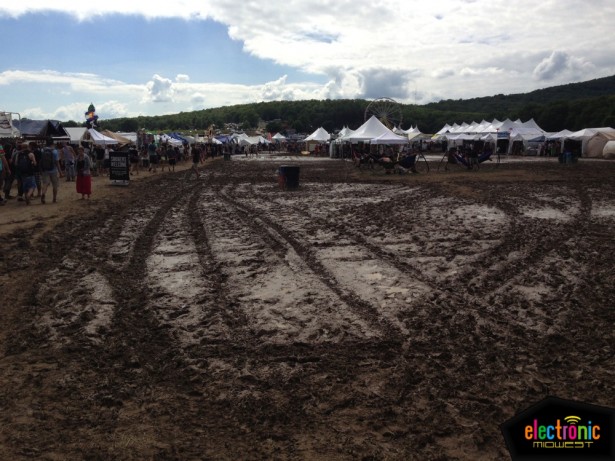 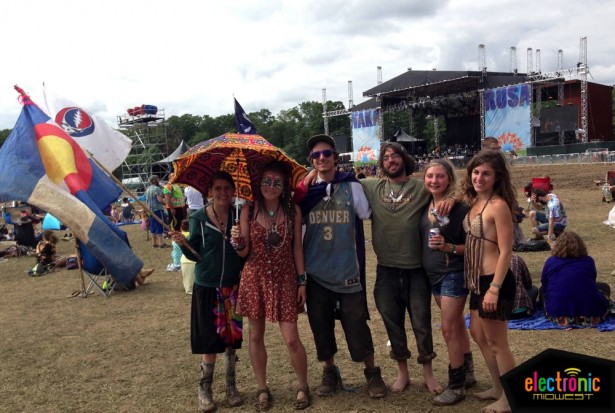 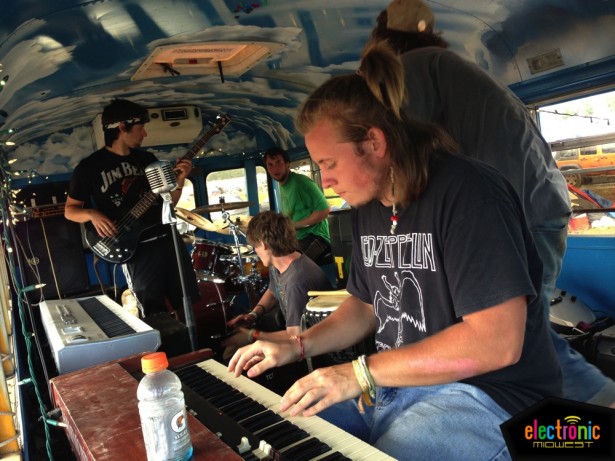 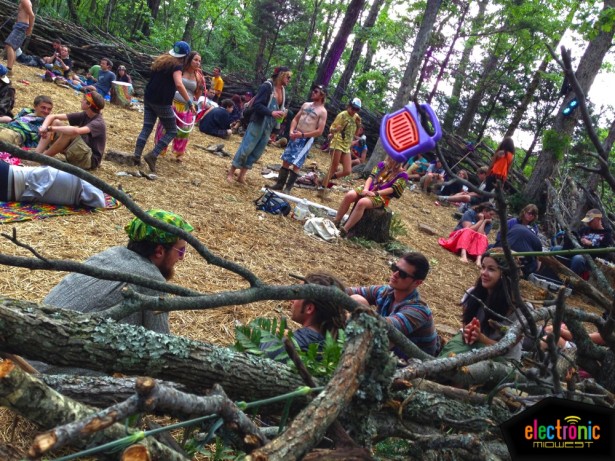 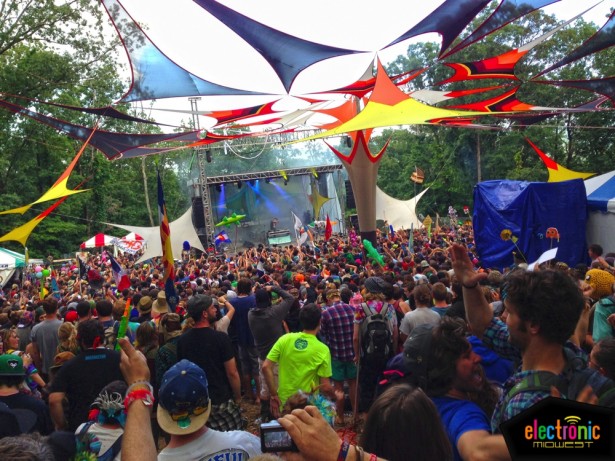 GRiZ on the Satellite Stage 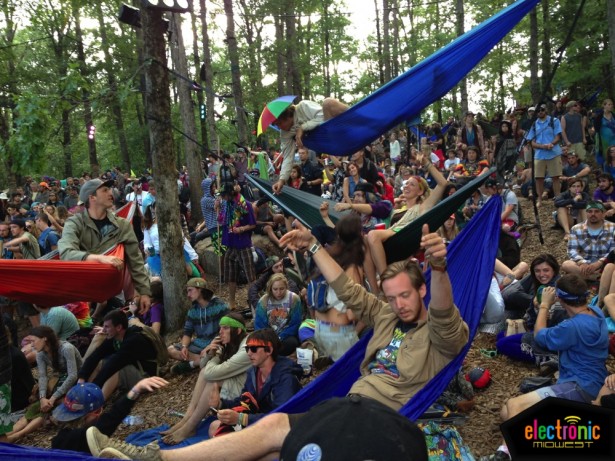