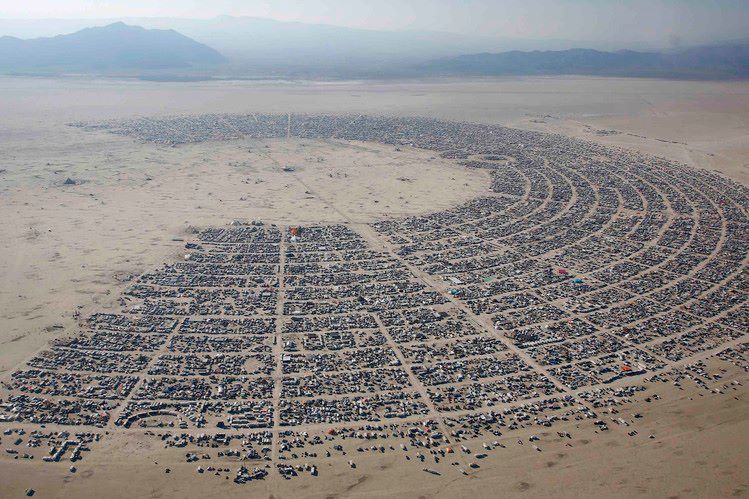 Through the wonders of satellite internet connections, we’re fortunate to get a live glimpse into the happenings on the Burning Man playa through a webcam setup by the BM media team.

The stream has been rough and sometimes unwatchable at some points through the week, but it has improved immensely today.

And from the looks of things, it could be renamed “Dust Man.” It’s almost impossible to see the playa at times because of so much sand and dust. But it’s worth waiting for the air to clear to get a glimpse at the massive art cars, campsites, and the “man” himself perched atop a flying saucer structure.

Burning Man as an event is tough to explain, but it’s essentially a temporary city built in Nevada’s Black Rock Desert with a population of 68,000. The Burning Man website describes the event as “dedicated to community, art, self-expression, and self-reliance.” No musical acts are booked by organizers like other festivals. Instead, events are created by participants themselves. Attendees pledge to “leave no trace” after the event concludes.

Tickets are required for entrance to the city, which have become increasingly harder to find as the event becomes more and more popular.

Here’s the live feed, along with audio from the onsite radio station (Burning Man Information Radio) which can at times be more entertaining than the video stream.