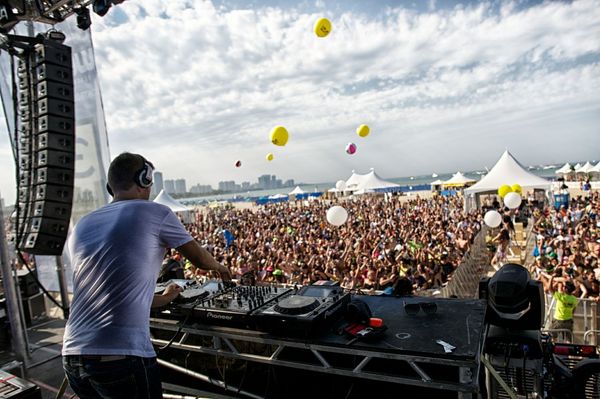 In 2012, Wavefront gained widespread credibility among the electronic music community when its producers booked a dynamic range of artists from traditional to underground house and techno.  Time Out Chicago wrote, “For the heads who were in search of quality, they found it in spades.” In addition, NBC 5 (WMAQ-TV Chicago) named Wavefront, “one of the top five parties of 2012.”

New this year the festival’s producers will enhance the experience by featuring four stages showcasing the best performers in the world, covering the entire gamut of electronic dance music, including house, techno, dubstep, trance, electro, indie, and beyond.

“Music fests and the beach scene are synonymous with Chicago summers. With Chicago’s heritage as the birthplace to house music, our talent bookers at Wavefront respect our city’s legacy,” says Brandon Carone of 4 Headed Productions, the group behind the festival. 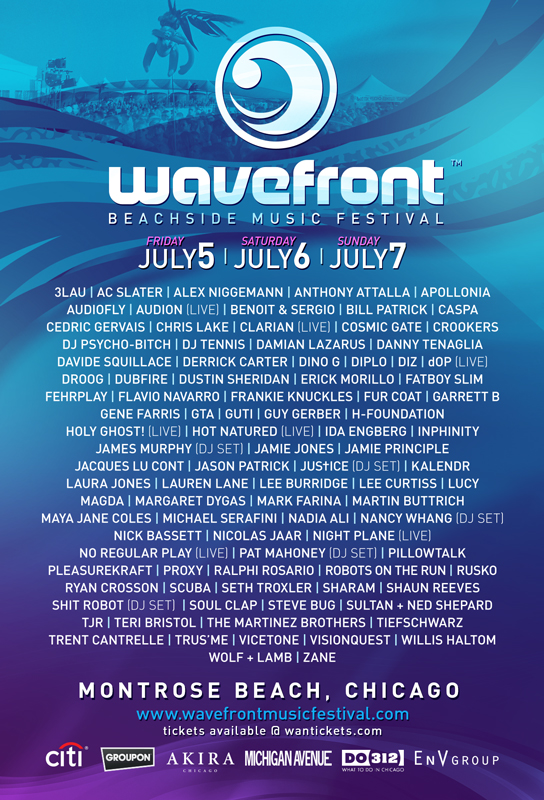