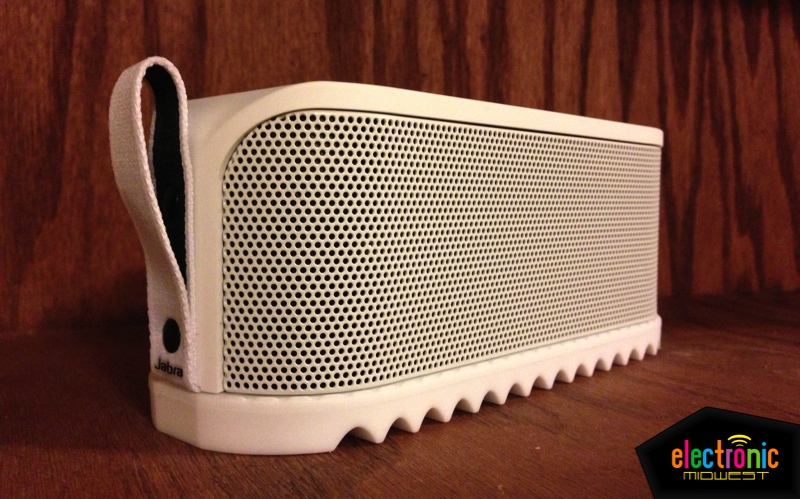 And when it comes to Jabra’s Solemate portable bluetooth speaker, truer words couldn’t be spoken.

The Solemate has become an integral part of my life over the past few weeks, accompanying me on several hotel stays and pre-parties, providing shower tunes, and at times even replacing my car stereo as a dash-mounted speaker. Its compactness makes it an especially great companion for frequent travelers.

By now you should be able to realize that I’m a big fan of this small speaker, but let me elaborate on why the Solemate has become my new best friend.

I’ve toyed around with other portable speakers and am able to recognize rather quickly what’s a good or bad speaker. I was skeptical of this little speaker’s abilities when I was first introduced. But you quickly recognize the power and clarity of the Solemate from the welcoming sound effects and human-like greeting triggered when powering on the device.

When playing music, the fullness is even more unbelievable with its ability to push out deep, crisp bass and sharp highs at surprising volume levels.

I compared the Solemate side-by-side with the larger and more expensive Bose SoundLink portable speaker and was shocked by how similar the two sounded. And yet the Solemate’s suggested retail price is half that of the other speaker (and actually sells for much less).

The audio does become slightly distorted if your source’s output volume is too high while maxing out the Solemate’s own volume controls. To fix, simply turn down the volume on your phone or computer. 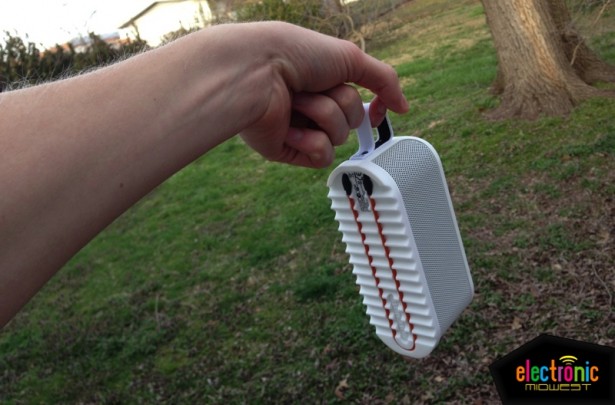 The Solemate has a built-in rechargeable battery and the manufacturer says the battery life sits around the five hour range.

I fully charged the device when I first received it and used it several times before realizing the middle button on the top of the Solemate was actually a battery charge indicator, which vocally tells you the battery’s status. It’s answer? Fully charged.

And really, that’s the only response it has ever given so far. It’s either “fully charged” or dead. Perhaps I just haven’t been checking often enough, since I’m really only concerned about the battery when it’s not working.

It’s tough to say how long it actually took to run down a full charge, but it was certainly a healthy amount of time. And unlike many similar devices, you can use the speaker while it’s charging if needed.

I later noticed that iPhones using Bluetooth actually display the Solemate’s battery status in the top right corner of the phone. This is incredibly helpful.

The only drawback of the built-in battery is the fact that you can’t readily swap batteries if you’re in a location where plugging-in isn’t an option. 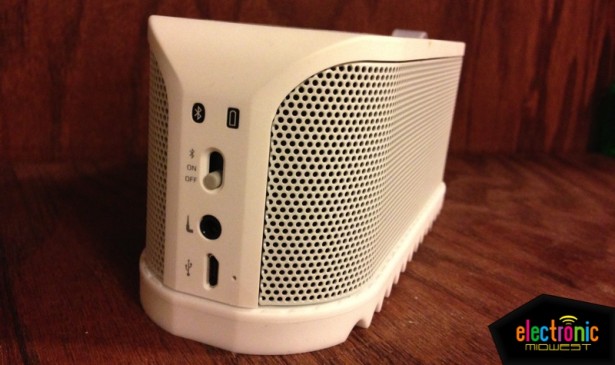 At times I just stare at the Solemate in awe because I can’t comprehend how something so compact can have such a bass-filled, yet clear sound. Everyone that’s introduced to the device for the first time seem to be just as impressed with the loudness and quality.

Size aside, the Solemate literally has a rubber shoe “sole” on the bottom, which makes it look and feel rugged, yet uniquely sleek.

The Solemate comes in traditional black or modern white colors, and the rubber sole can be interchanged to add a splash of color too. 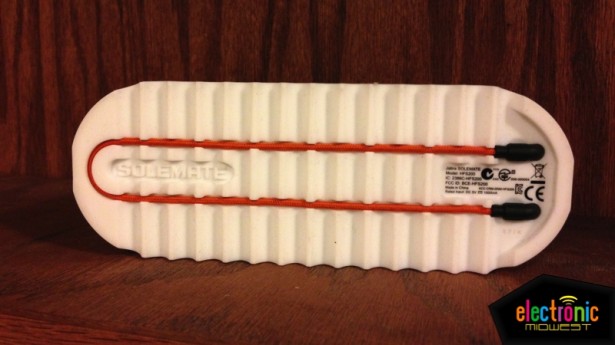 This device was very easy to pair via Bluetooth with both my iPhone and Mac Book Pro. After holding the power button down to the Bluetooth icon for a few seconds it began playing a prerecorded message alerting me that the device is now discoverable. And sure enough, it popped right up on my phone’s list of nearby devices. A quick tap of the finger led to the Solemate congratulating me that it was successfully connected.

I only needed to pair the device once and when later powered on it immediately connects with my iPhone.

If your audio source isn’t Bluetooth enabled, you can also connect the Soulmate with the included 1/4″ headphone jack, which stores neatly in the bottom of the “sole.”

I accidentally discovered that you can simultaneously connect multiple devices over bluetooth, allowing you to play music from both at the same time. I’m not sure exactly why one would need to do this though. 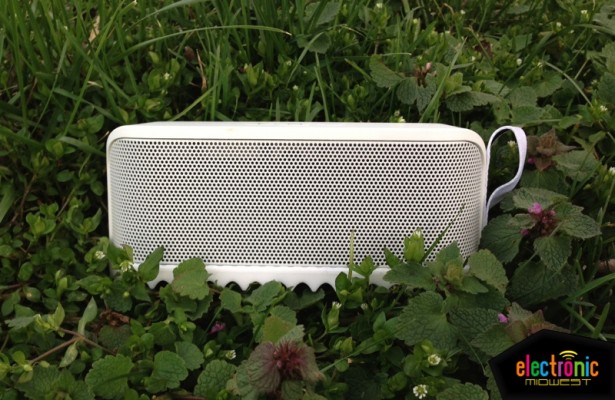 The Solemate‘s suggested retail price — $199 — is half the price of similar devices like Bose’s SoundLink or Beats by Dre’s BeatBox, which retail for $399.

Better yet, the Solemate regularly sells for $150 on Amazon. You can purchase additional colored “soles” for  $20 each.

The Jabra Solemate is the most impressive portable speaker I’ve used, considering its sound and size. The deep, rich quality of sound packed into an amazingly compact structure makes the selling price almost too good to be true, especially when compared to similar products from major-brand competitors. 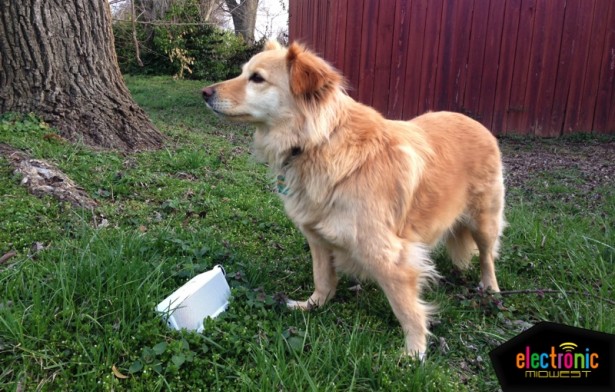 Even Baxter loves the Solemate!