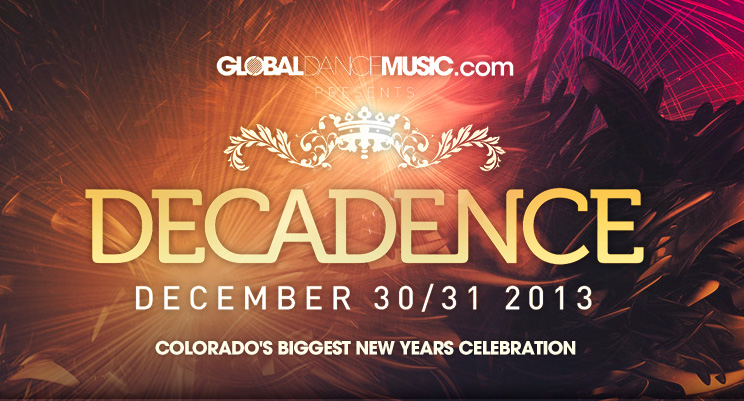 The third annual event will now take place over two nights — Dec. 30 and 31 — at the Colorado Convention Center in downtown Denver.

The first phase of talent announced today includes Bassnectar and Dada Life on Mon., Dec. 30, while Pretty Lights and Above & Beyond headline on New Year’s Eve.

Global Dance producer Ha Hau has been teasing this news for months, calling it the “biggest announcement of the year.” Originally planning to make the announcement on Sept. 9, Hau was forced to delay the revealing multiple times to do logistical complications and in respect for victims of the catastrophic floods in mid-September.

“The vision for Decadence is to make Denver the premiere destination for New Year’s Eve, so we decided to expand to a multiple day event and put together a massive lineup that will appeal to music lovers nation-wide,” said Hau in a press release.

More artists will be announced for each day and stage in the coming weeks. Tickets go on sale this Fri., Oct. 4 at 10 a.m. MDT. Decadence is an adults-only event open to ages 18+.

The growth of Decadence is timed perfectly, as competing New Year’s festival Lights All Night announced its 2013 event would instead be held over the weekend prior to NYE, Dec. 27 and 28. 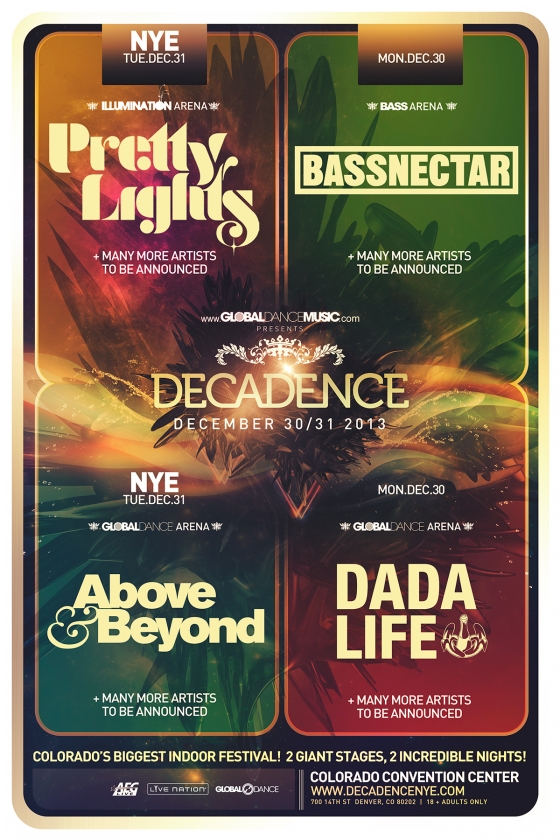