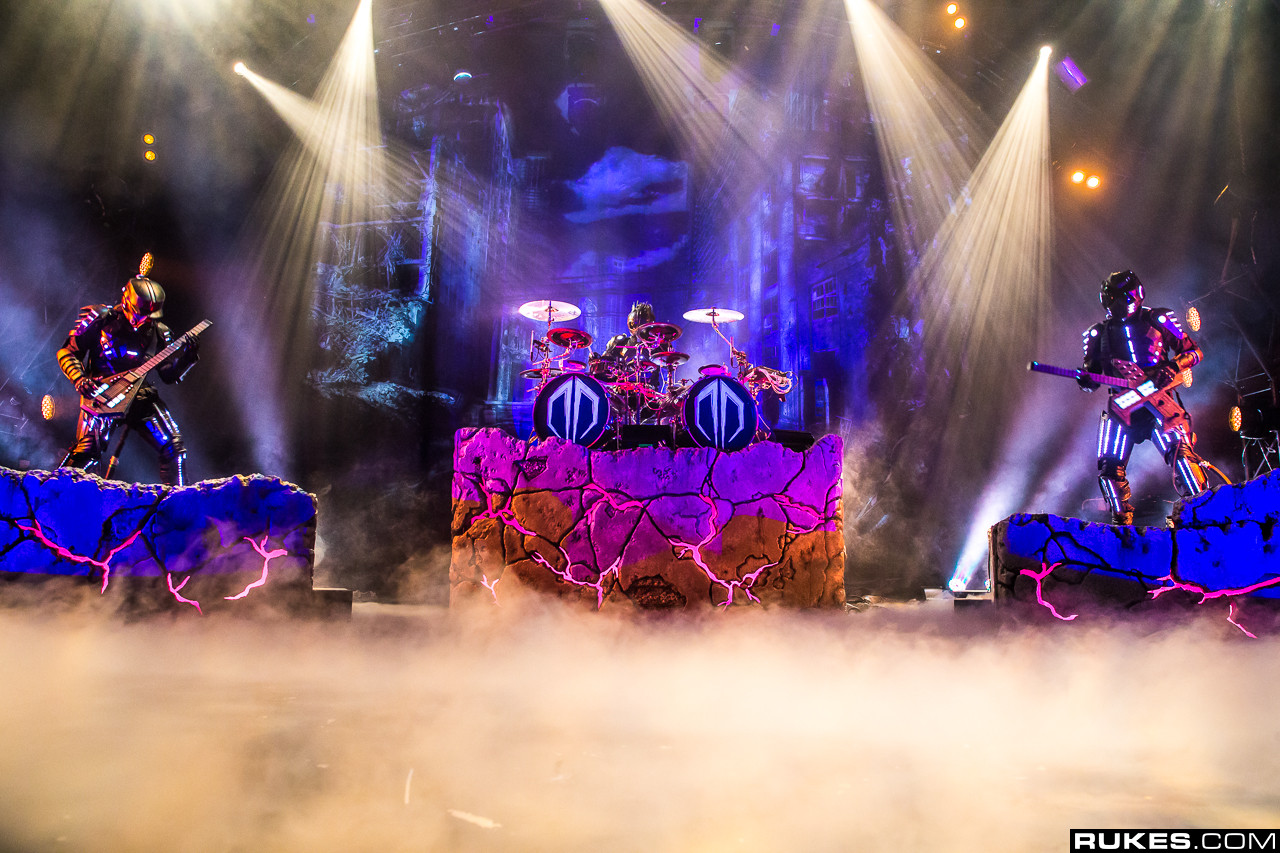 Destroid — a new collaborative project of members Excision, Downlink, and former Pendulum drummer KJ Sawka — has announced a highly anticipated fall tour, set to kick off in Calgary on Aug. 31 and run through Dec. 7 in NYC.

The group’s live show has already been turning heads this year, breaking out of the traditional electronic DJ format and instead performing as a full-on live dubstep band.

Dressed in futuristic robot costumes, Excision and Downlink perform with custom-crafted MIDI-controlled “guitars” and KJ Sawka bangs away on a fully custom digital drum kit — bringing forth the next stage of the dubstep movement executed in a way bass music has never seen.

Here’s where you can catch them in EMW land:

Destroid  released a debut full-lenth album — Destroid, The Invasion — in May on their own label, Destroid Music.

To promote their arrival to the scene, a series of YouTube teaser videos are in the making. The first minute-long video features two girls twerking on camera just as the Destroid Bass-Ship crashes into their backyard. The spaceship’s portal opens and you see Excision, Downlink and KJ Sawka in full robot-alien gear. 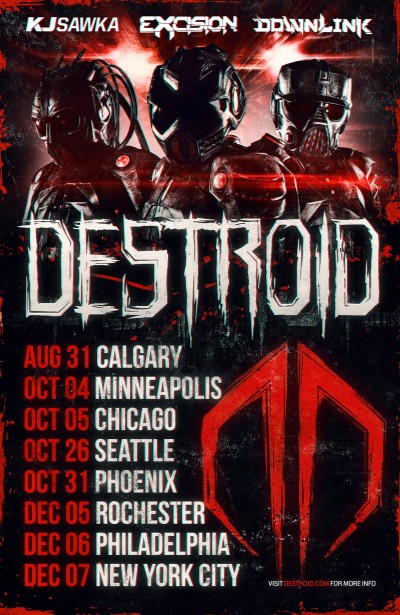