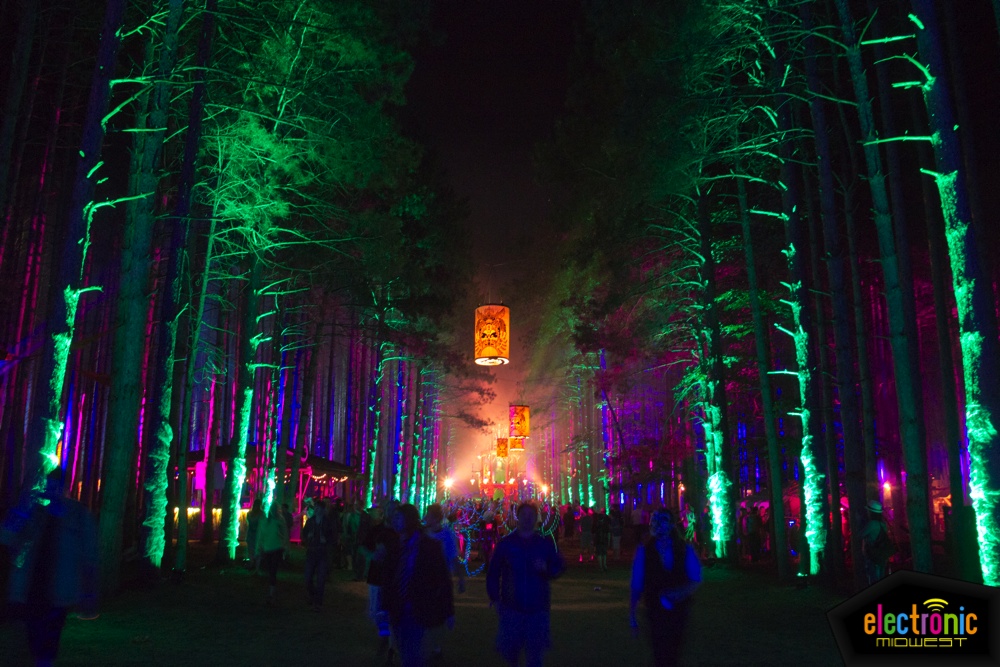 Over the weekend, Michigan’s White Lake Beacon newspaper published an article — later shared today on Reddit — that has Electric Forest fans concerned about the festival’s future in Rothbury, Mich.

According to the article and court documents, a 20-year lease agreement between Electric Forest organizers Madison House Presents (now part of AEG Live) and the financially struggling Double JJ Ranch could be severed due to an ownership change, potentially leaving the festival without a home.

A court motion was filed last week by Madison House/AEG in an attempt to block owners from taking steps to sever the lease and a hearing was scheduled to take place yesterday, though no decision was made and a second hearing is scheduled for Feb. 28.

Electric Forest organizers took to Twitter this morning to assure fans that the festival is proceeding as planned this year, but there are still a number of questions left to be answered about the festival’s ability to operate beyond 2014.

It’s a confusing storyline so let’s break it down:

3. During the summer of 2013, Antler Bar Amusements gains control of two of the bank loans originally issued to Progressive Resorts in 2009.

4. Last September, the Circuit Court awards control of operations of the resort to Antler Bar Amusements, even though Progressive Resorts still has part ownership. The judge notes the value of the property is less than the balance due on the loan and that property taxes were still owed as far back as 2011.

5. In November, Antler Bar Amusements, as operator, requests court approval to sell the resort collateral to itself. The balance of the loans sits at $7.6 million. The court approves. The 20-year lease with Madison House is considered part of the resort’s collateral.

6. This agreement allows the previous owner, Progressive Resorts, to redeem the property and collateral if they’re able to pay the loan balance and any additional advances made by Antler Bar Amusements, plus 11 percent interest. The deadline is May 19, 2014.

8. Antler Bar Amusements and Double JJ Ranch begin to claim they have no obligation to honor Madison House’s lease because an ownership change had occurred. The lease agreement allows for amendments in the event of such an ownership change.

9. Meanwhile, Progressive Resorts (who has the option to redeem the property if they can pay the loan balance plus interest by May 19) suggests they might take back only parts of the resort’s assets — meaning they’d try to redeem the physical resort but not the lease with Madison House/AEG. This would leave Antler Bar Amusements in a lease agreement with Madison House/AEG for a piece of property they’d no longer even own, and Electric Forest would be left without its home in Rothbury.

11. On Feb. 6, Madison House/AEG files a court motion seeking a temporary restraining order and preliminary injunction, citing the above information and claiming their reputation would be damaged if their lease was severed and had to refund advance ticket sales, in turn harming their ability to produce future events.

The preliminary injunction aims to protect Madison House/AEG (and Electric Forest) before a trial could be held. The restraining order asks the court to prevent the owners from refusing to honor the lease and also seeks to prevent Progressive Resorts from only redeeming a portion of the assets and severing the lease agreement. This is assuming Progressive Resorts would indeed attempt to redeem the property at all.

12. On Feb. 10, the court hears the motion but makes no decision on the restraining order or preliminary injunction request. A new hearing is scheduled for Feb. 24.

We wait. Even if the judge grants the temporary restraining order and/or preliminary injunction, the appeals process could hold up any further action in court for a lengthy amount of time.

The parties could agree to settle outside of court by renegotiating the lease agreement, which is sure to cost Madison House/AEG some cash.

Or the court could also rule in the property owner’s favor, which could mean Madison House/AEG would lose their lease and SFX would be free to move in.

What does this mean for this year’s Electric Forest 2014?

Many fans took to twitter this morning to ask Electric Forest directly, who has repeatedly responded that the 2014 festival is not threatened and is proceeding as planned: 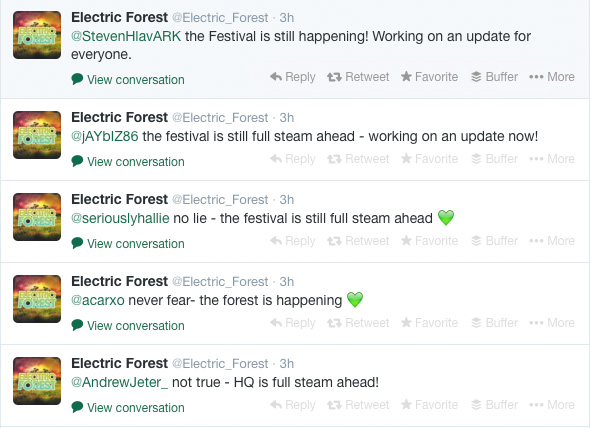 While 2014 is safe according to organizers, the outcome of the court proceedings and possible sale of property among all these parties will most certainly play a part in determining if Electric Forest will still call Double JJ Ranch its home in future years.

Electric Forest provides one of the most unique festivals in the country. In addition to a diverse musical lineup, onsite camping, and the magical Sherwood Forest experience, the resort itself offers a variety of lodging options and amenities, a golf course, and even an on-site water park. An estimated 32,500 fans attended in 2013.

Colorado-based Madison House Presents produces the festival in collaboration with California’s Insomniac Events, the minds behind Electric Daisy Carnival and a number of other festivals around the world.