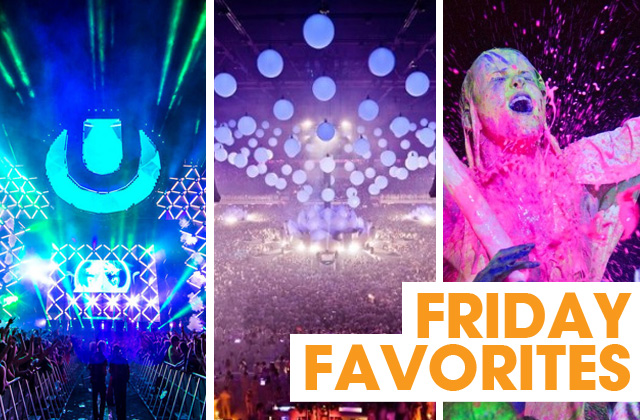 It’s been an interesting week for EDM.

But, here in the real world, we’re ready to kick off summer and welcome festival season with open arms. EDC Chicago, Summer Camp and Movement are all kicking off as we speak.

Here’s a look at some of our favorite festival/event news bits from the week:

Ultra Music Festival 2014 tickets went on sale this week. Early bird tickets, set at $149 for a three-day pass, were snatched up within four minutes on Tuesday amidst significant server troubles at Ultra’s ticketing company. As if a secret bidding war emerged, “advance” ticket prices went on sale for $274.95 later that afternoon, before jumping to an unprecedented $399.95 price point just 20 minutes later.

When you add in all the fees, a ticket to Ultra 2014 will cost you $490, making it the most expensive electronic festival in the States (if not world).

Backlash on the internet immediately spread, though Ultra officials promise the pricing is “worth it.” Wondering how these prices compare to previous years and competing festivals? Stay tuned, we’re working on an in-depth piece to share soon.

After a wildly successful launch with two sold out nights in Brooklyn last October, Sensation USA is returning to New York this fall and expanding to three additional cities: Miami, San Francisco, and Las Vegas.

Show dates for 2013 will be announced in the coming weeks. More here.

Spring Awakening Music Festival asked fans to create sidewalk chalk masterpieces for the chance to win four VIP tickets to the festival and a comped hotel room for the weekend. Some of the results are really impressive. Check out the submissions here.

Since most festivals are waiting until the last minute to release set time schedules, we thought it’d be helpful to scout out individual tour schedules for each artist and compile day-by-day schedule predictions. It’s never too early to start planning, so here are our findings for Spring Awakening and Electric Forest. Both are being updated continuously so come back for updates.