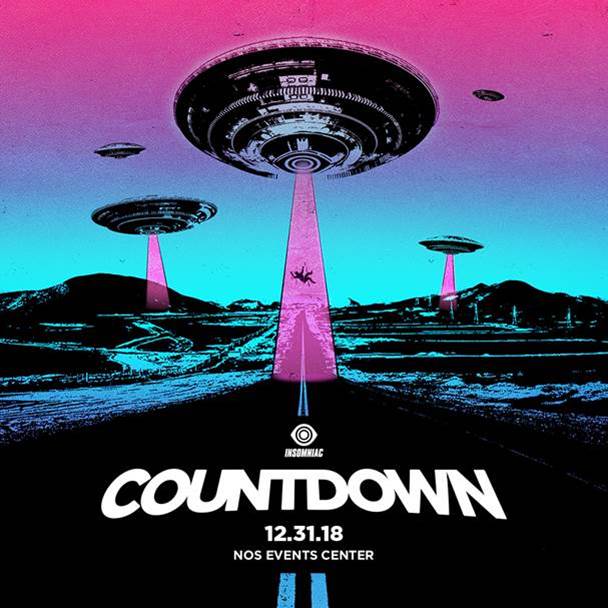 Previously celebrated as a two-day event, Countdown will be solely held on Dec. 31 this year at the NOS Event Center in San Bernadino, Calif. and is open at ages 18+. (Insomniac’s Audiotistic festival will be held at the same venue on Dec. 29.)

The 2018 edition of Countdown brings an out-of-this-world theme, with interstellar stage designs and names to match: The Mothership, The Nebula, Area 51, and Twilight Zone. The artist lineup will be announced in the coming weeks.

Countdown NYE tickets go on sale at 10 a.m. on Fri., Nov. 2. General admission tickets start at $99.99 before taxes and fees, and VIP passes start at $199.99. Layaway plans will be offered with each ticket type.

Insomniac Events is producer of Countdown and a host of other world-renowned festivals including the flagship Electric Daisy Carnival (EDC) Las Vegas.