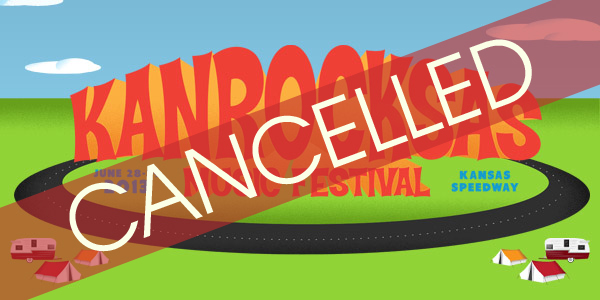 Kanrocksas officials today announced the cancellation of the festival, originally planned for June 28 and 29 in Kansas City.

A notice was posted on the festival’s website saying “insufficient ticket sales” are to blame for the cancellation.

There are currently no plans to reschedule the event.

This would have been the second year for the event. The inaugural Kanrocksas was held in 2011 and was planned to return this year after a hiatus in 2012.

Ticket holders will receive automatic refunds electronically. Questions can be directed to the ticket agent, ground(cntrl).