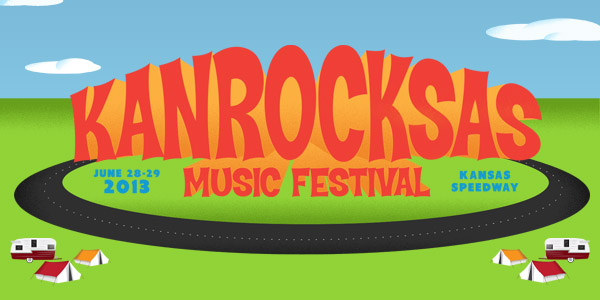 After a hiatus in 2012 due to construction at the event site, Kanrocksas has announced the festival will return in 2013. The two-day event is scheduled in the midst of busy summer festival season, June 28-29, 2013 at the Kansas Speedway.

The last weekend of June is historically a very popular weekend for festivals. Electric Forest dominated this weekend in 2012, though they have not yet announced a 2013 date.

Though no hints of talent were announced, an email from Kanrocksas organizers to mailing list followers promised “big name acts, great local artists and added amenities to make your experience even bigger and better than ever in 2013.”

A very early presale begins Friday, Sept. 21 at 10 a.m. on Kanrocksas.com. A two day pass will be offered for $125 — a 35% discount off the regular price — which will also include FREE camping.

An early bird two-day ticket and camping reservation will save fans $115 when compared to full-price tickets.