Lightning in a Bottle to host digital festival this weekend with music, workshops 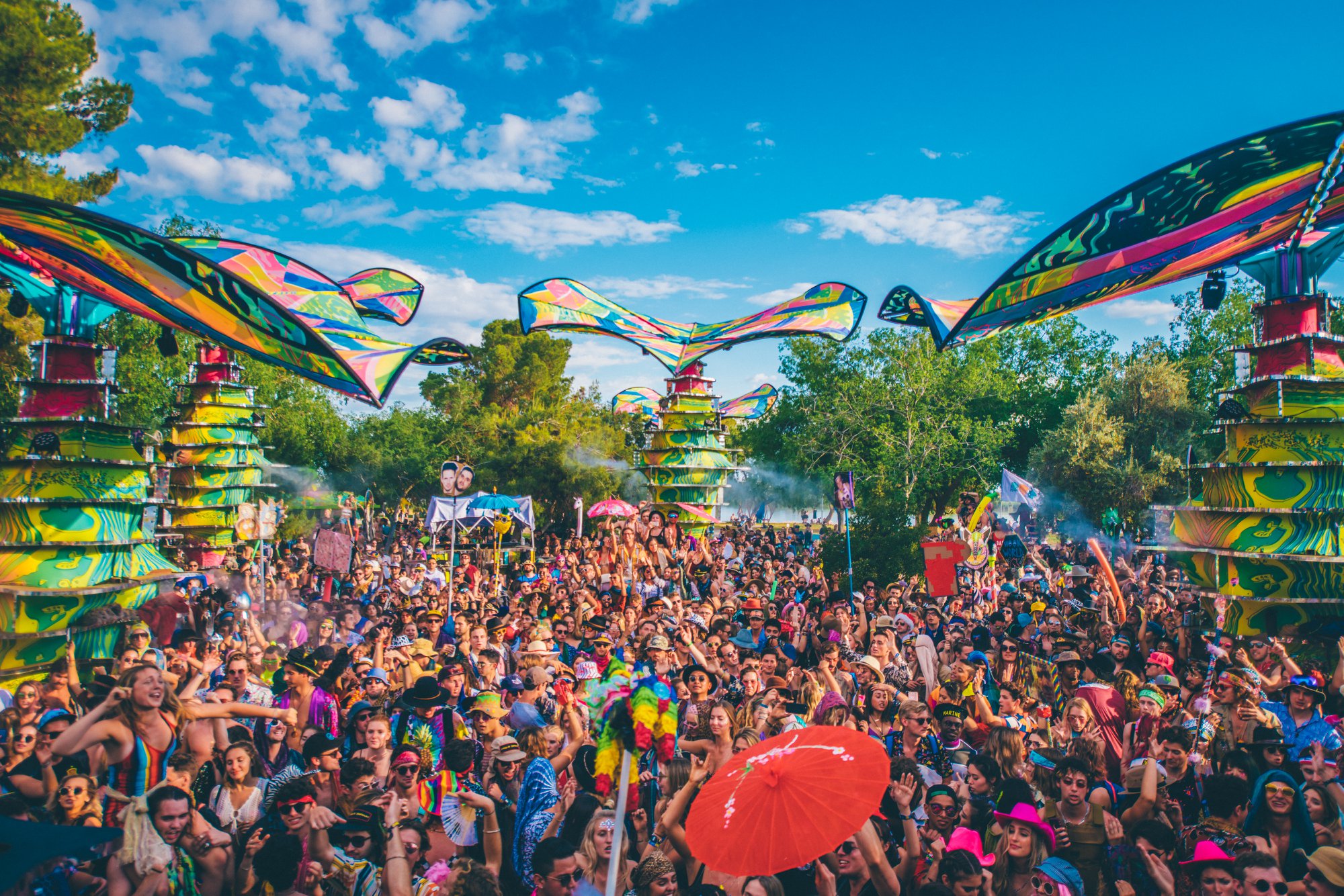 Lightning in a Bottle will host “DGTL LIB” this Memorial Day Weekend — the dates the festival would have otherwise been held in Southern Calif. before the 2020 event was cancelled due to COVID-19.

Streaming live on LIB’s Twitch channel from Fri., May 22 through Sun., May 24, the digital event will in many ways mimic the programming of the traditional festival with artist sets, educational workshops, and yoga all part of the planned schedule.

A number of educational workshops and talks will also be part of the weekend’s programming, ranging from a discussion on aliens and extra-terrestrials to learning how to bake sourdough bread.

The Grand Artique will host a live talent and variety show, and The Jive Join and The Fungineers will also provide entertainment segments.

While the livestream is free, Lightning in a Bottle’s Twitch page does mention donations and tips are accepted to support the promoter and contribute to a fund established to refund ticket purchasers. LIB had originally not offered refunds for the cancelled 2020 event, but has since worked to at least partially refund some tickets, while also encouraging fans to transfer their ticket to 2021 or donate the ticket cost to support the event’s ability to be held in the future.

Digital Lightning in a Bottle 2020 Lineup 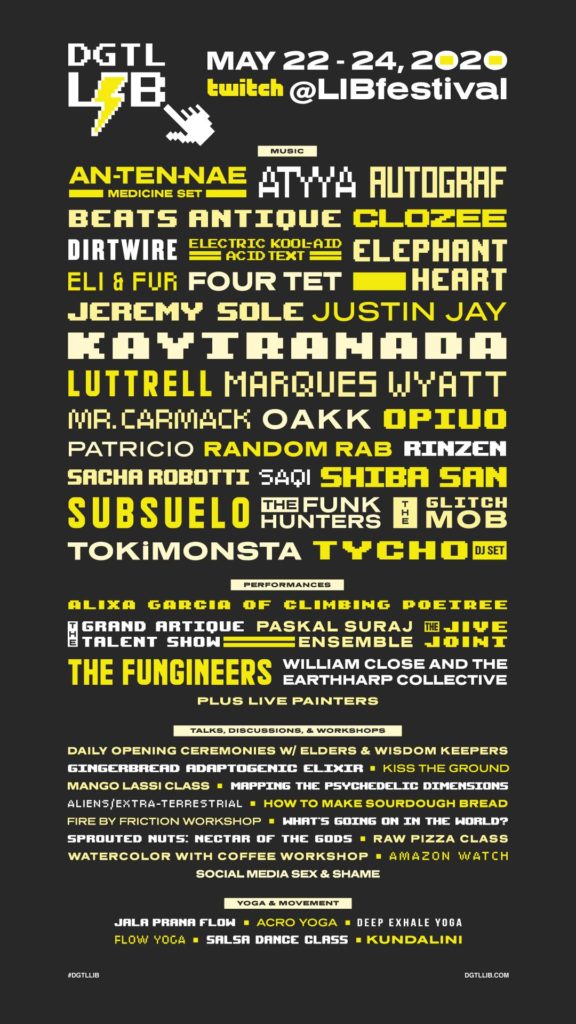