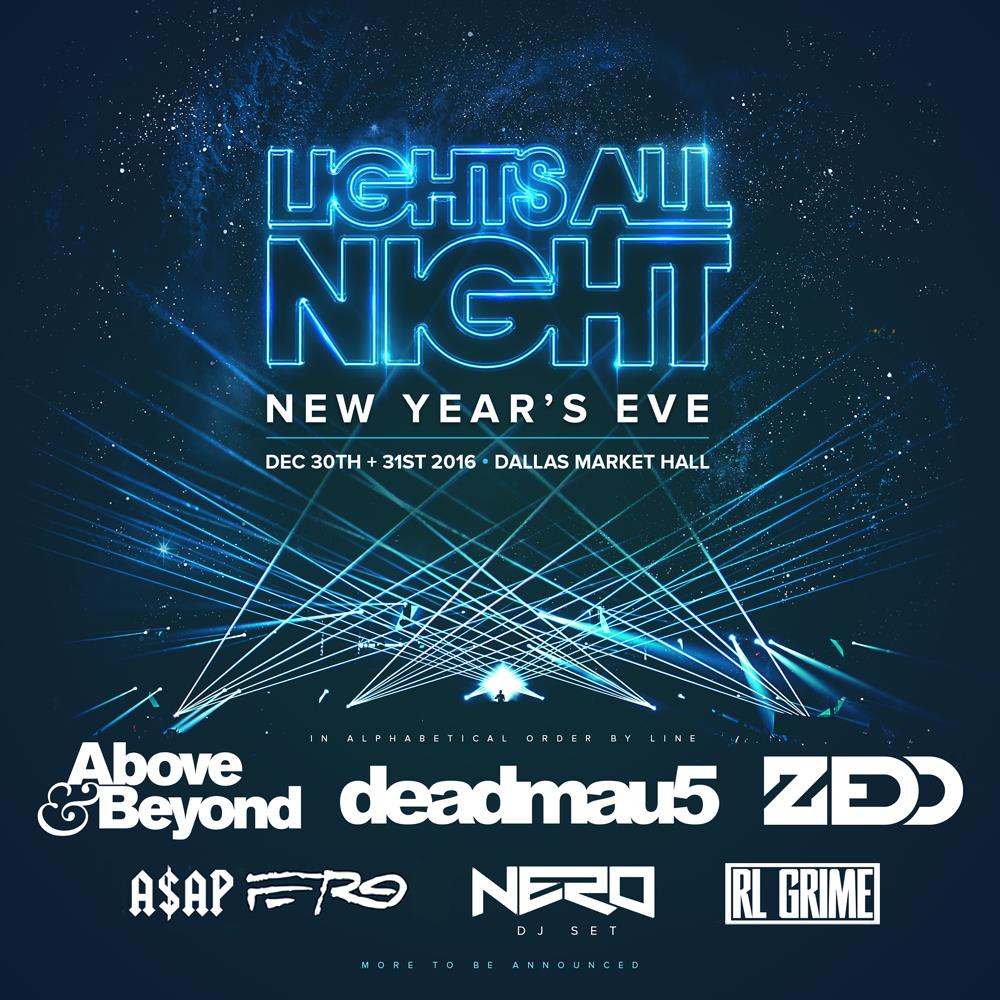 Lights All Night organizers today revealed headliners for its flagship New Year’s Eve festival in Dallas, as well as plans to hold a spinoff one-night event this year in El Paso.

Initial artists for the seventh annual Dallas event — set for Fri., Dec. 30 and Sat., Dec. 31 at Dallas Market Hall — include Deadmau5, Above & Beyond, Zedd, A$AP Ferg, Nero, and RL Grime.

Deadmau5 and RL Grime will perform at the inaugural El Paso event, set for Dec. 31 at the El Paso Convention Center.

Additional artists for both festivals are expected to be announced in the coming weeks.

“Expanding the brand to El Paso has been a goal for us-it’s a huge hub of music, culture and arts, we’ve had our eye on it for a while now,” said organizers Scott Osburn and Hank Keller of Dallas-based Highland Concerts. “We anticipate this being the first of other new markets for Lights All Night in 2017 and beyond.”