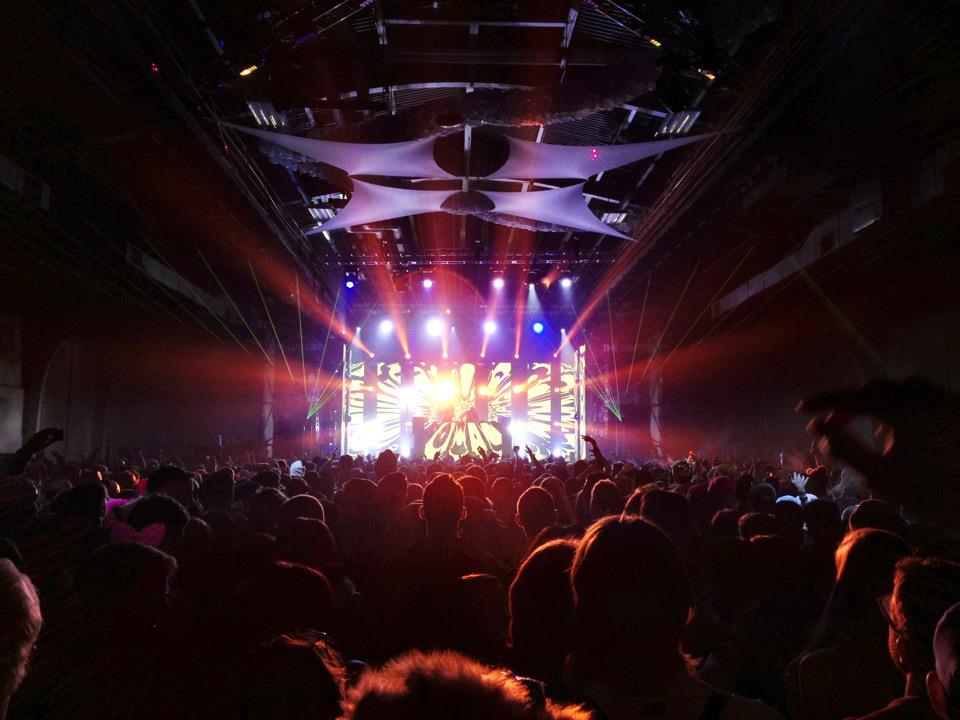 After experiencing a number of technical and logistical problems on opening day, Lights All Night continued for a much improved second day at Dallas’ Fair Park this evening.

Festival organizers have made improvements overnight leading to a much faster and painless entry process. Wristband and ticket scanners proved to be unreliable yesterday, causing delays in the festival entrance lines and when moving among stages. There have been reports of some attendees waiting up to two hours in will call and security lines yesterday.

Even though wristbands are still being scanned at each entry and exit point of the three covered stages, additional staff and the separation of entry and exit gates greatly eased the process today.

The Hanger stage, which lost all power several times on the first night, seemed to be operating without issue tonight.

Slightly warmer temperatures and better prepared attendees made for a more comfortable evening as well.

There were some very memorable artist performances tonight, with some of our favorites being Bingo Players, Nervo, Tommie Trash and Calvin Harris.

Overall, the sound and lighting production at this year’s Lights All Night is tremendously improved over last year’s show. Larger stages, giant LED screens, impressive lasers, on-stage pyrotechnics, and a fireworks show to end the night all added up to present an impressive visual experience.

A massive balloon drop on all stages is planned for the midnight countdown, with the festival extending it’s hours until 12:30 a.m. for the final night.