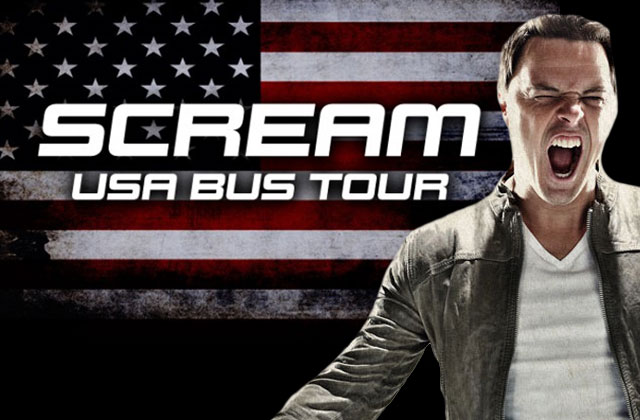 Markus Schulz, winner of the DJ Times “Best American DJ” award in 2012 and nominated for five International Dance Music Awards this year, will launch his “Scream” USA bus tour this spring, covering the country from coast to coast over 20+ dates.

“This was born out of desire to get as hands-on with every aspect of a tour as its possible to get,” said Schulz in a press release.

“This is Markus doing it Markus’ way! The sound, the light, the production, the DJs… and, yes, the Bus – it’s all on me! I’m going to be working overtime, spending every waking moment, day & night making sure this is the most incredible time you have inside a club in 2013.That aside there’s also going to be the opportunity to see more and experience more of this country, both the places and the people. I spend so much time every year, up in the clouds, flying around the States. In terms of this tour, this is my opportunity to do America in a different way than any other DJ.”

Here’s where you can catch the tour in an Electronic Midwest city near you:

More dates in our region could be announced at a later date.