Movement Electronic Music Festival, set for May 25-27 at Hart Plaza in Detroit, today revealed the second phase of their 2013 artist lineup.

Known originally as the Detroit Electronic Music Festival (DEMF), Movement has been held over Memorial Day weekend since 2000. It’s known for exhibiting an extremely diverse lineup of performers across many electronic genres, setting itself apart from many of the dance music festivals today that are dominated by more mainstream EDM artists.

The festival’s physical location alone is unique, considering Detroit’s influence on the early electronic scene in America. Just this week the new POTATO network released a mini-documentary on the birth of techno in the Motor City. The piece features an interview with Kevin Saunderson, one of the “Belleville Three” who are most closely associated with the genre’s beginnings in the late 80s and early 90s. Saunderson will also perform at this year’s Movement lineup. 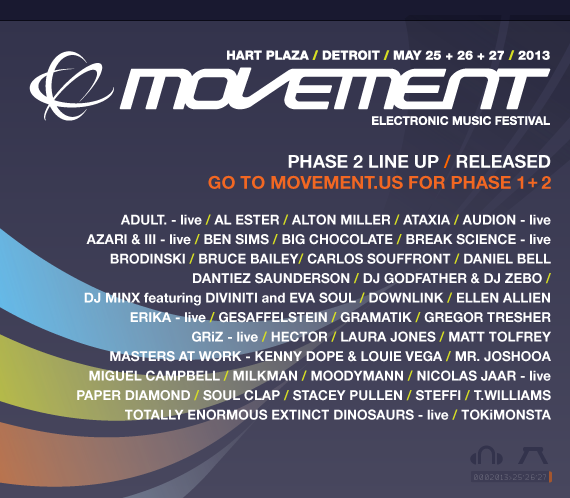