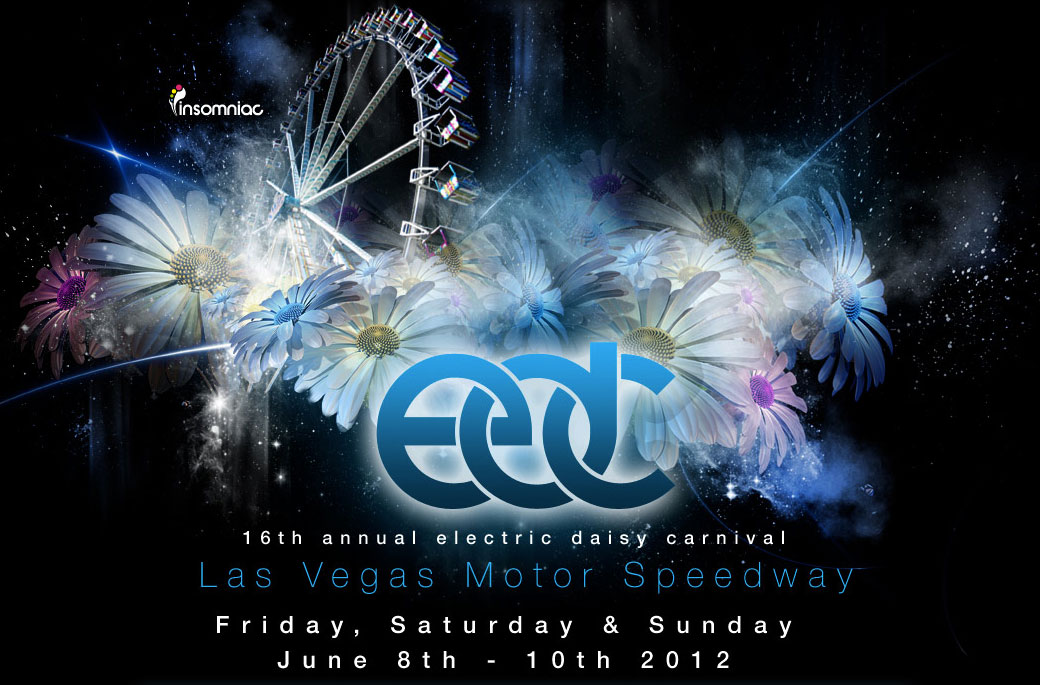 In a likely planned leak, MTV today announced a peak of the lineup at this year’s Electric Daisy Carnival (EDC), planned for June 8-10 in Las Vegas.

No official announcement from Insomniac Events, the event’s producer, has yet been made although Insomniac’s CEO Pasquale Rotella has confirmed the MTV announcement via Twitter. He also teased “I’ll have way more to announce today…Stay tuned!”

EDC began as a small festival almost two decades ago in Los Angeles and has grown to one of the largest in the world. It’s estimated more than 300,000 attendees will flood to Vegas for this festival, awarded “Best International Dance Festival” at the 2011 Ibiza DJ Awards.

“I’ll have over 500 theatrical performers,” Rotella teased in his video posted on MTV.com. “Over 30 carnival rides, hundreds of EDM acts, large-scale art installations, tons of special effects, massive enough fireworks to rival the Olympics … plus much, much, more.”