Quixotic comes home to KC for show with Emancipator, the Floozies 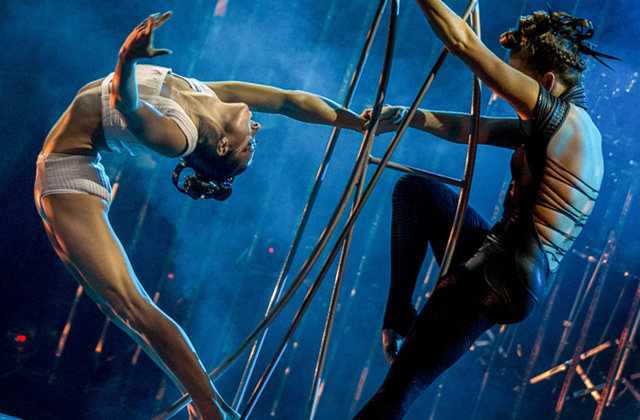 Quixotic — one of the hottest, truly “next level” performance groups — stems from right here in the Midwest. Kansas City, to be exact. And they’re coming home for a rare live performance this Saturday, Aug. 11 at CrossroadsKC at Grinder’s.

The dictionary will describe quixotic to mean “exceedingly idealist” and “extravagantly chivalrous or romantic.” Having seen this group perform numerous times this summer, I only have two words to explain: Mind blowing.

Quixotic has been breaking traditional performance norms at festivals and special events around the country, including Wakarusa, Electric Forest, Wanderlust Festival, TED events. They’ve even traveled as far as Spain to dazzle audiences. 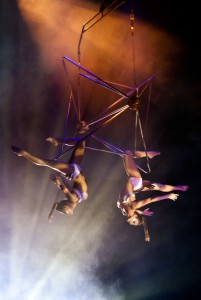 But now’s your chance to see them right on their home turf.

“While touring this summer we’ve had the opportunity to visit some beautiful places and meet some unforgettable people around the U.S.,” said Quixotic member Lauren Winstead. “However, ‘there’s no place like home.’ Performances in KC are just unlike any other, you can feel the support and love coming from our local friends, family and fans.”

The Quixotic show itself consists of live electronica performed and produced right on stage mixed with aerial acrobatics, dance, fashion, film, and a number of visual effects. The video below is a great example of the capabilities of this group and they strive to consistently produce fresh content for shows that goes above and beyond what any other group has attempted.

Also performing on the stage Saturday are jam-band-electronica-fusion group The Floozies (from nearby Lawrence, Kans.) and trip-hopper Emancipator, who both almost perfectly complement Quixotic’s mesmerizing style. In fact, we’d love to see a live collaboration among these groups some day.

Tickets are still available for Saturday’s show at CrossroadsKC and start at $26.50. Get them here.

Quixotic – May 2012 Reel from Quixotic Fusion on Vimeo.