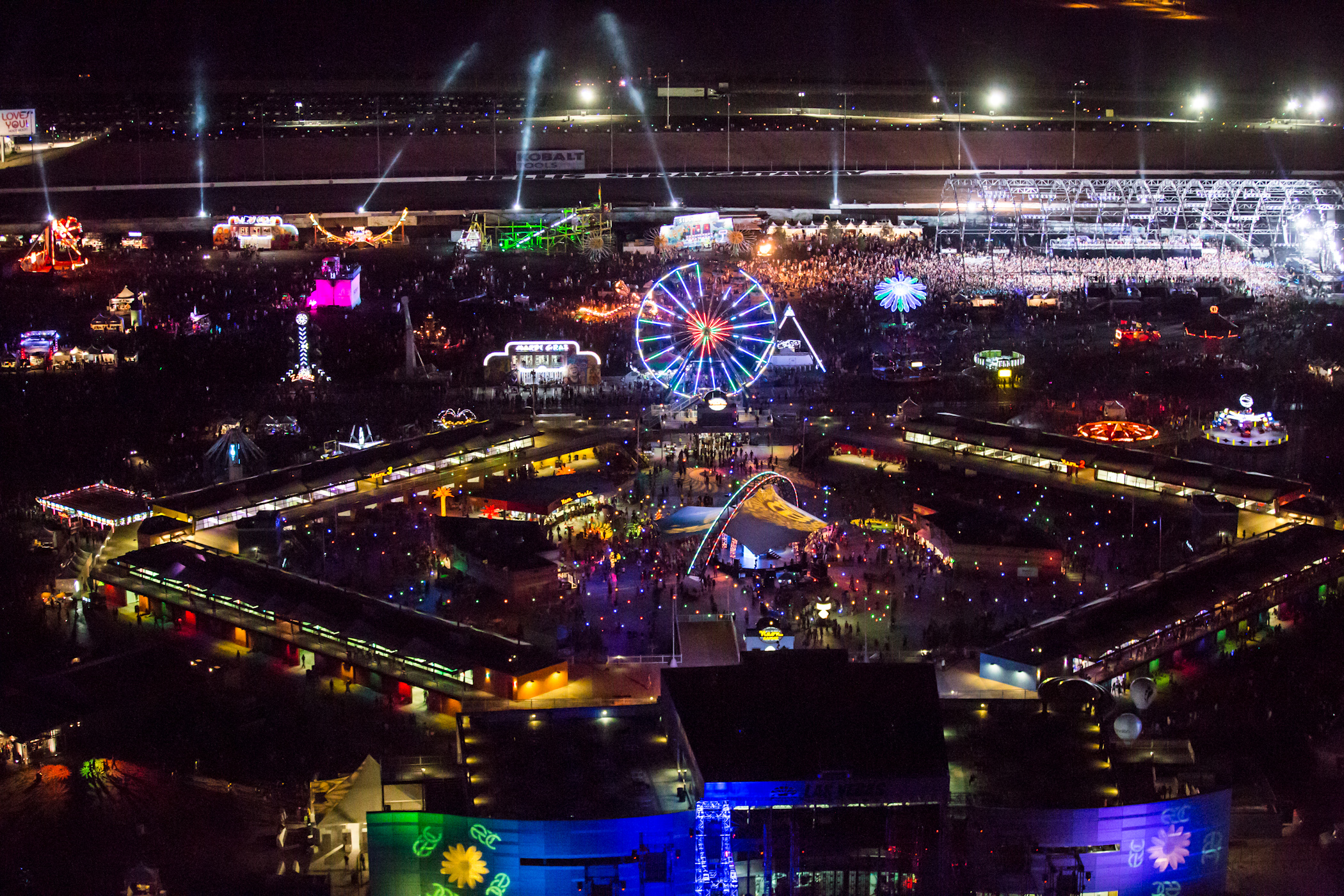 Dubstep.net today reported that “multiple sources close to Insomniac Events and Electric Daisy Carnival” are confirming that the 2013 edition of EDC in Las Vegas will take place June 21-23, 2013 at the Las Vegas Motor Speedway.

This would push the date later into June, perhaps to accommodate college schedules and even hope for better (less windy) weather in Las Vegas. Insomniac CEO Pasquale Rotella hinted at a date change in numerous Tweets earlier in the year.

The article also reports that Insomniac reserved the Speedway for the following weekend in June as well in the event that they expand EDC into two weekends, similar to Coachella and now Ultra. However, the article’s sources do not seem to believe the expansion is likely.

Electric Daisy Carnival (EDC) is Insomniac’s flagship festival and was winner of the Best International Dance Festival award at the 2011 Ibiza DJ Awards. After a 10 year run in Los Angeles, the festival expanded to three days in 2011 and moved to Las Vegas after signing a 10 year contract with the Las Vegas Motor Speedway.

The 2012 event attracted over 300,000 people over the course of the three day festival.