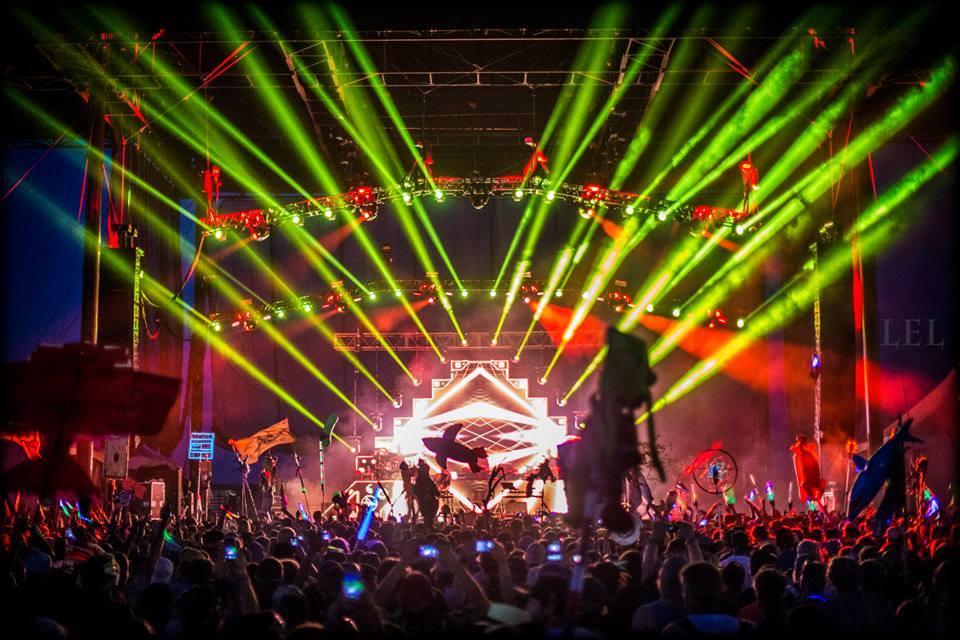 Summer Set Music and Camping Festival organizers today revealed the lineup for the fourth annual event set for Aug. 14-16 at the Somerset Amphitheater in Somerset, Wis.

This year’s lineup caters to a variety of tastes, including the dance music core, and is topped with a sprinkling of acts from the worlds of indie, hip-hop, jam, and more. Headliners include Deadmau5 (his only announced Midwest festival appearance), Bassnectar, Big Gigantic, and R&B sensation The Weeknd.

Tickets for Summer Set Music Festival are on sale now, starting at $150 for a GA three-day pass.

Camping prices have been reduced this year, starting at $99 for a six-person spot (roughly $22/person). 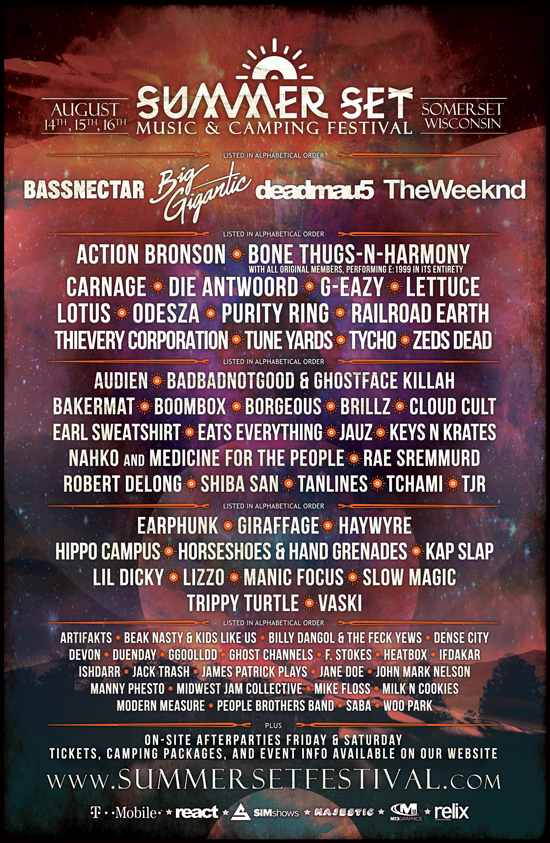