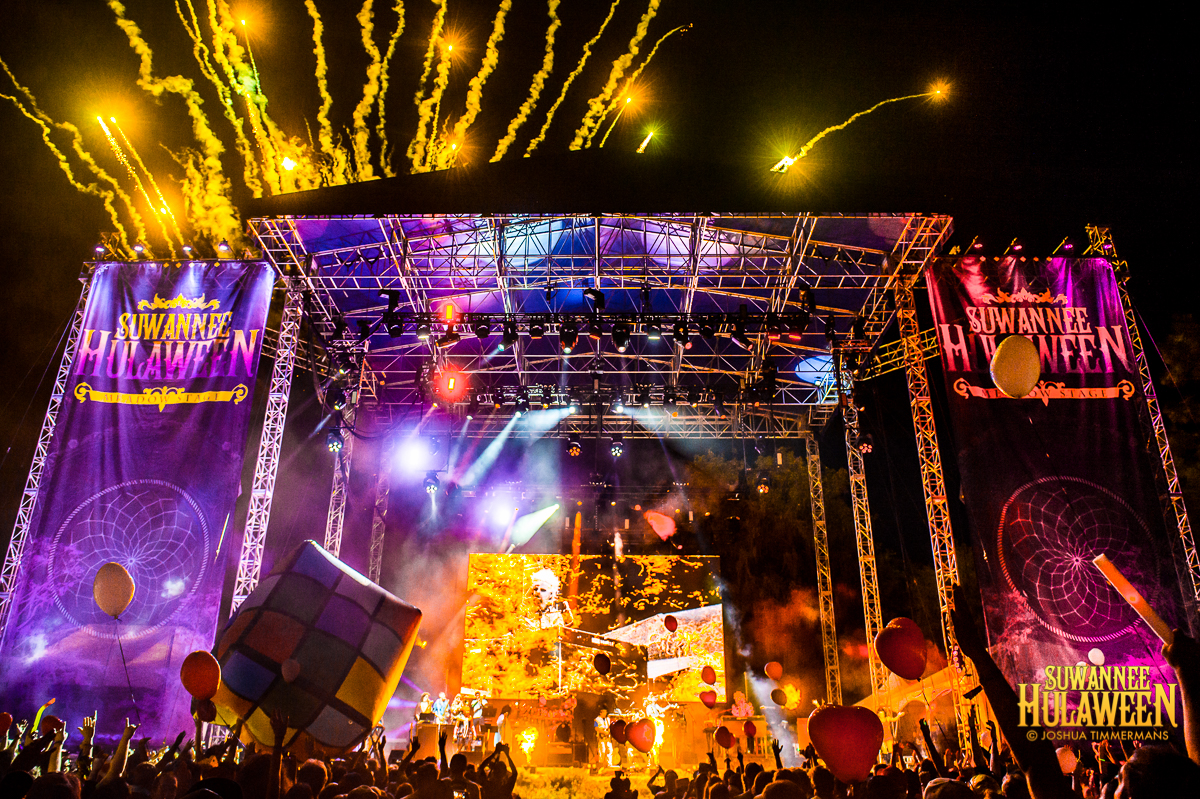 Suwanne Hulaween organizers today revealed the lineup for the 2017 event, set for Oct. 27-29 at The Spirit of the Suwannee Music Park in Live Oak, Fla.

The String Cheese Incident remain at the helm and will this year welcome over 60 artists to perform across five states. Electronic artists for the fifth annual event include Bassnectar, GRiZ, RL Grime, Claude VonStroke, Beats Antique, FKJ, Shiba San, and Manic Focus. Others include The Disco Biscuits, Greensky Bluegrass, Lettuce, Ween, Run The Jewels, Portugal. The Man, Nick Murphy (Chet Faker), Nathaniel Rateliff, and many more.

Suwannee Hulaween tickets are on sale now, starting at $199 for a general admission three-day pass and $399 for VIP passes.