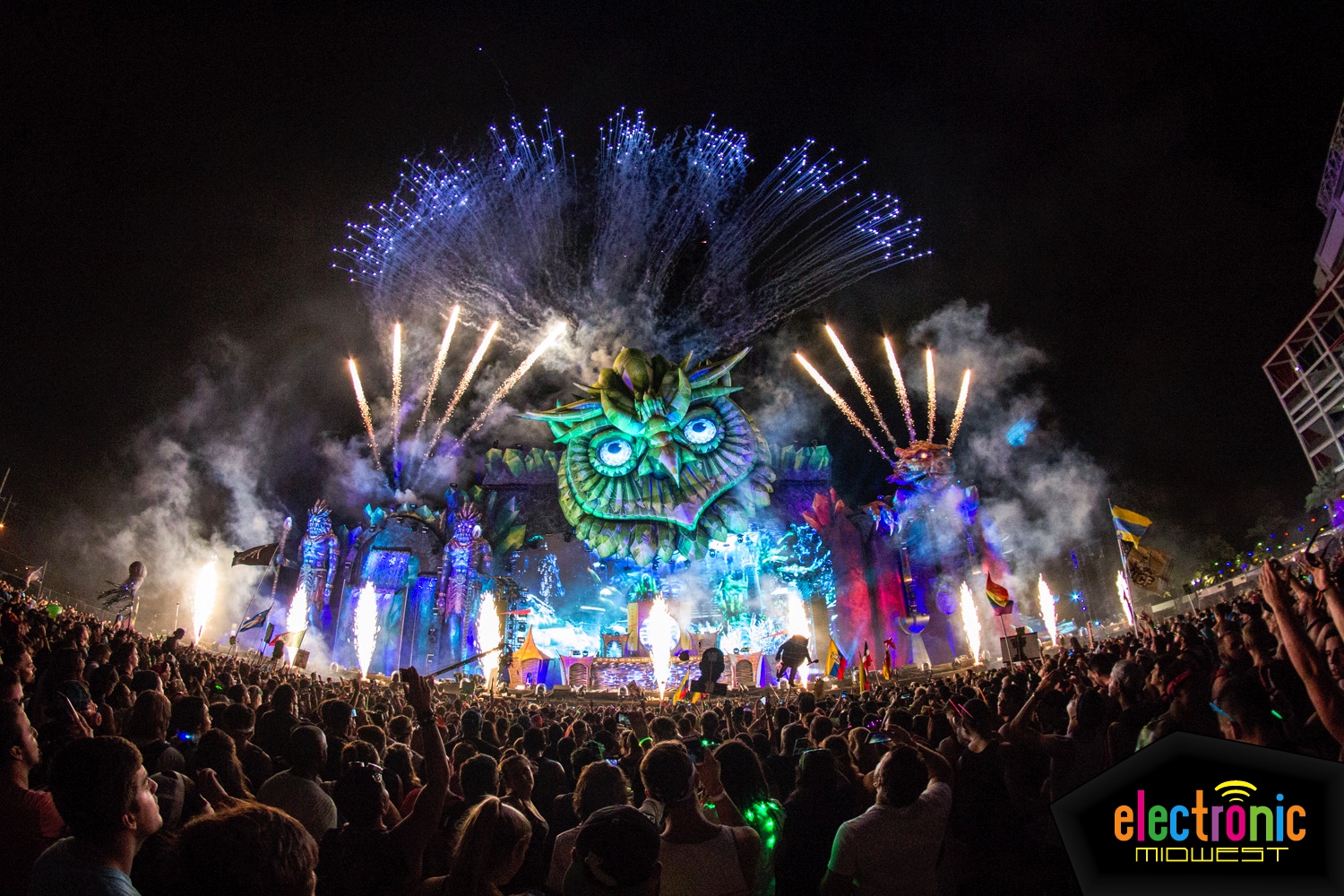 In a city who’s no stranger to large crowds and plenty of magical entertainment, the fifth annual event welcomed over 65,000 fans combined during the two days.

Over 50 musical performers provided music across three stages while a handful of full-size carnival rides, dynamic art installations, and 100 roaming costumed performers entertained festivalgoers from 1 p.m. to midnight each day. 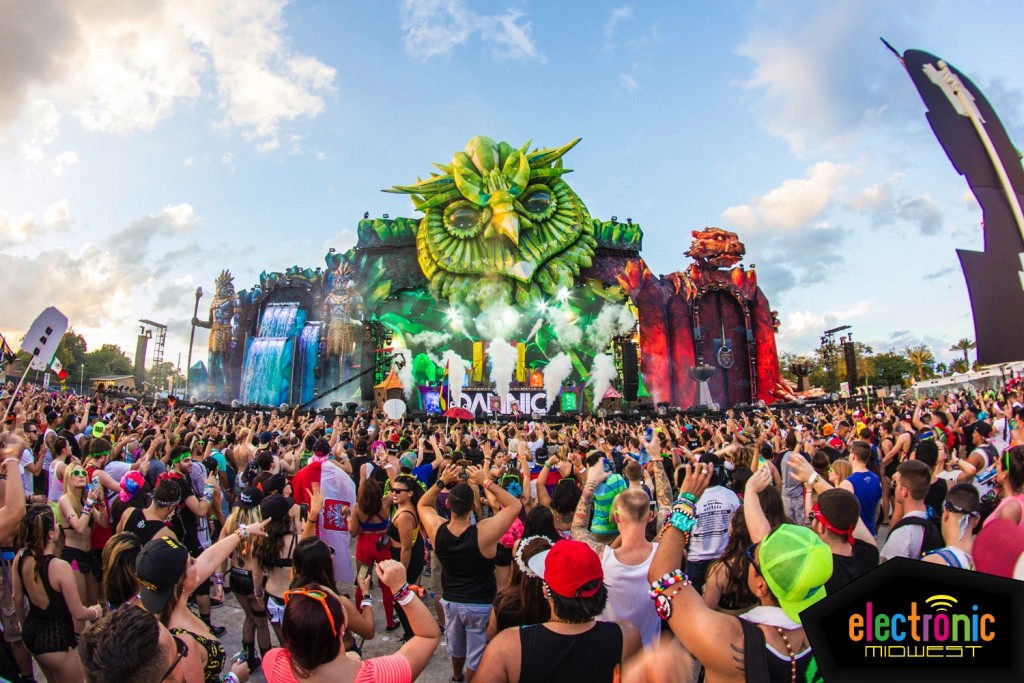 EDC Orlando marked the debut of a scaled-down version of the Crystal Village stage at Kinetic Field, a theme that first appeared earlier this year at EDC Las Vegas. 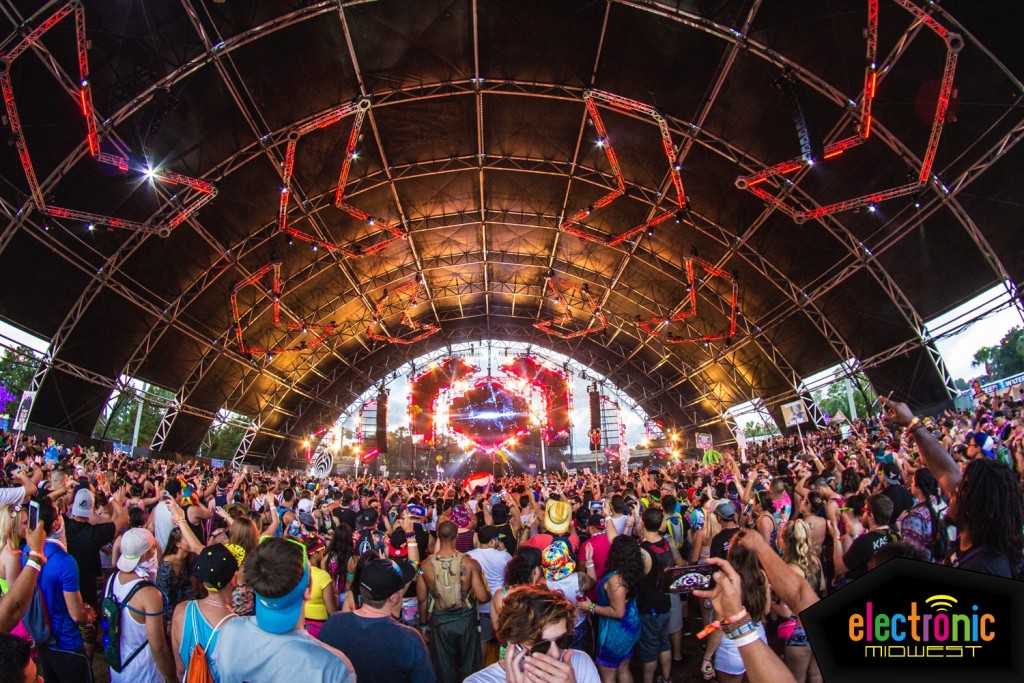 Placement of these two larger stages was reversed from last year. This much-welcomed change helped east the flow of crowds walking the grounds and improved viewing of visual effects on each stage.

Neon Garden, a smaller stage tucked away on the other side of Lake Beardall, featured a giant golden Buddha backdrop. Circling the stage and dance floor was the Crescent Blue art piece, featuring zen-like shapes and blue hued LEDs. 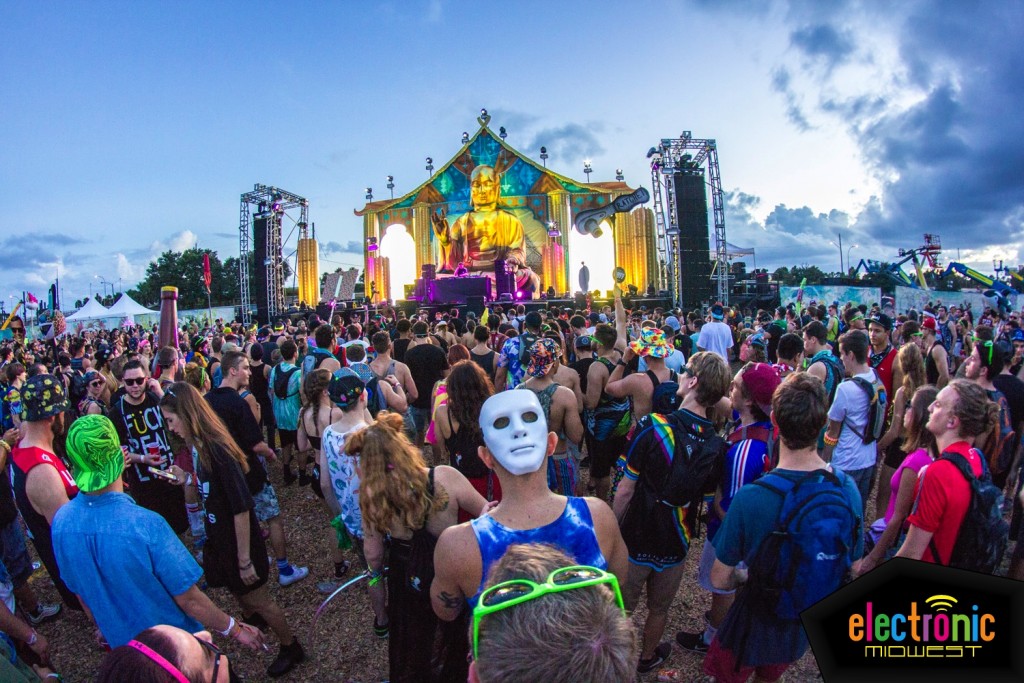 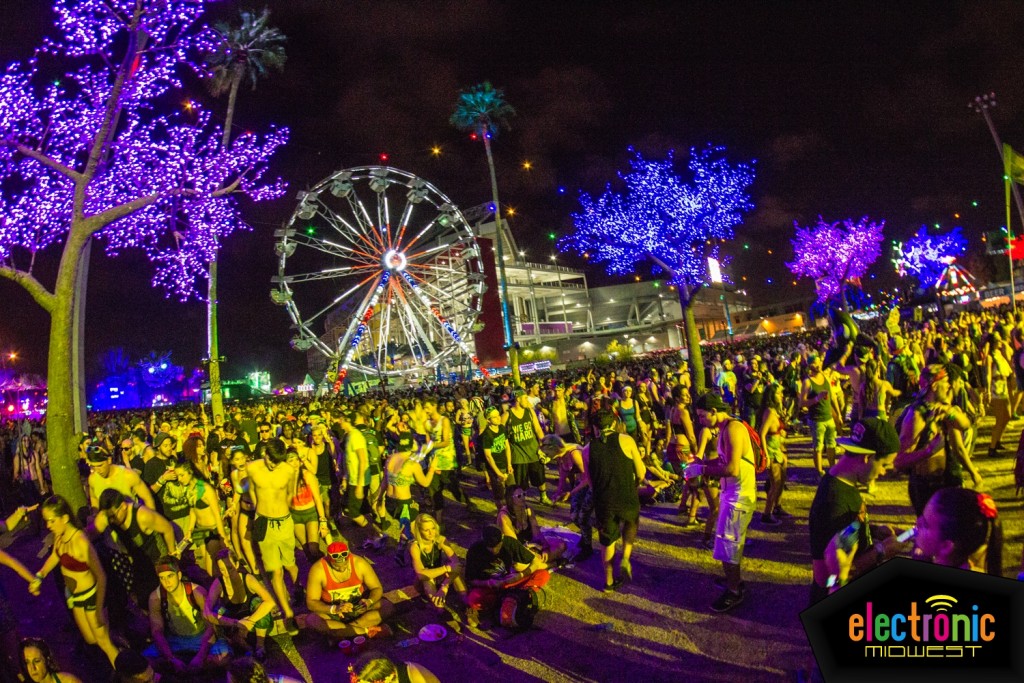 The ever-changing Orlando weather even cooperated. Fans enjoyed a beautiful sunset on Saturday afternoon and Tinker Field avoided significant weather issues later that night after an approaching storm miraculously split in half and moved past the venue leaving only a few sprinkles behind.

Here’s a look at some more of our other favorite photos from the weekend. All photos by Kent Otto/ElectronicMidwest.com/EDMcalendar.com. 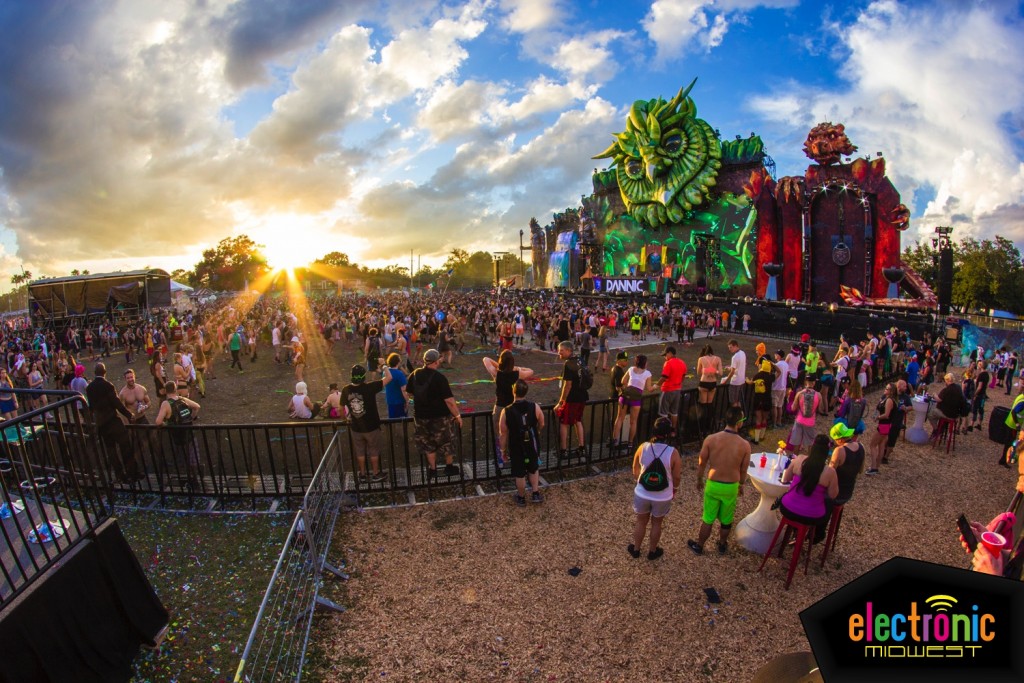 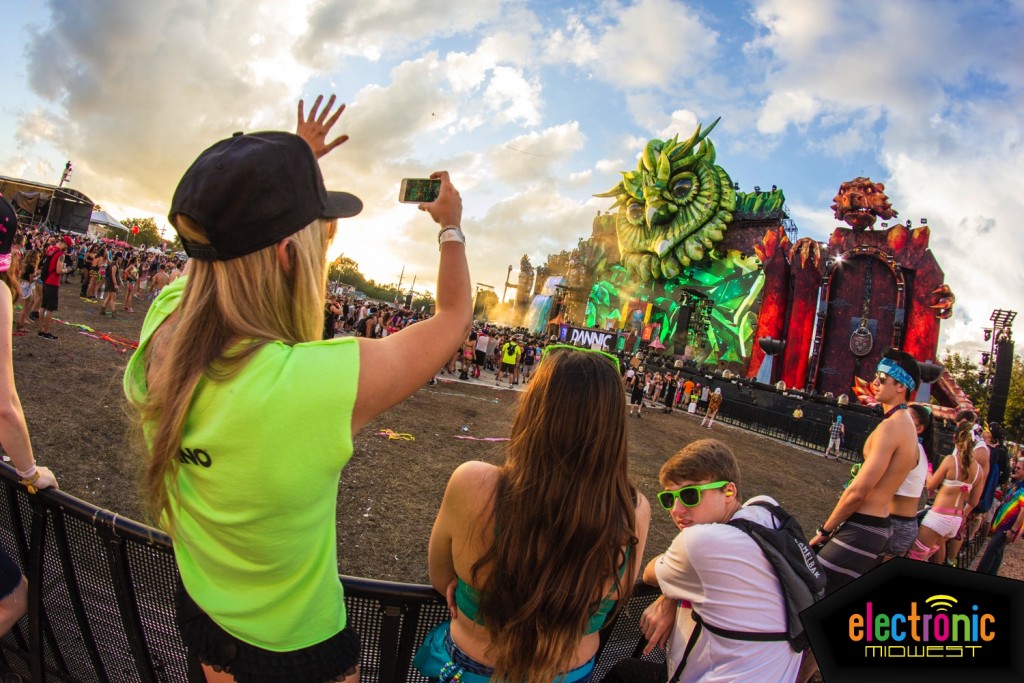 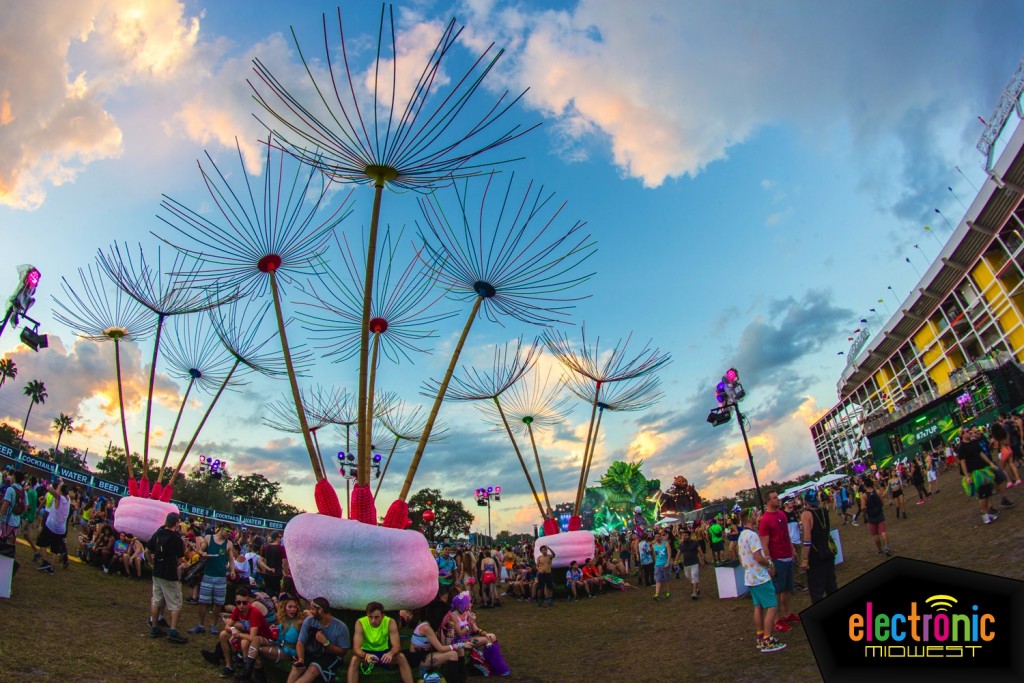 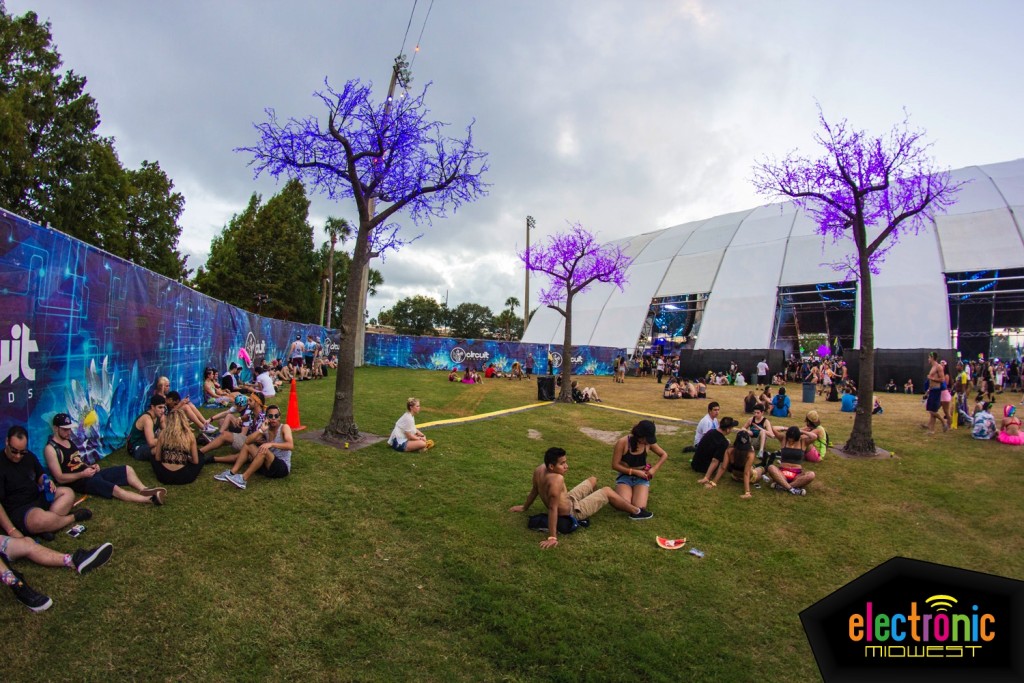 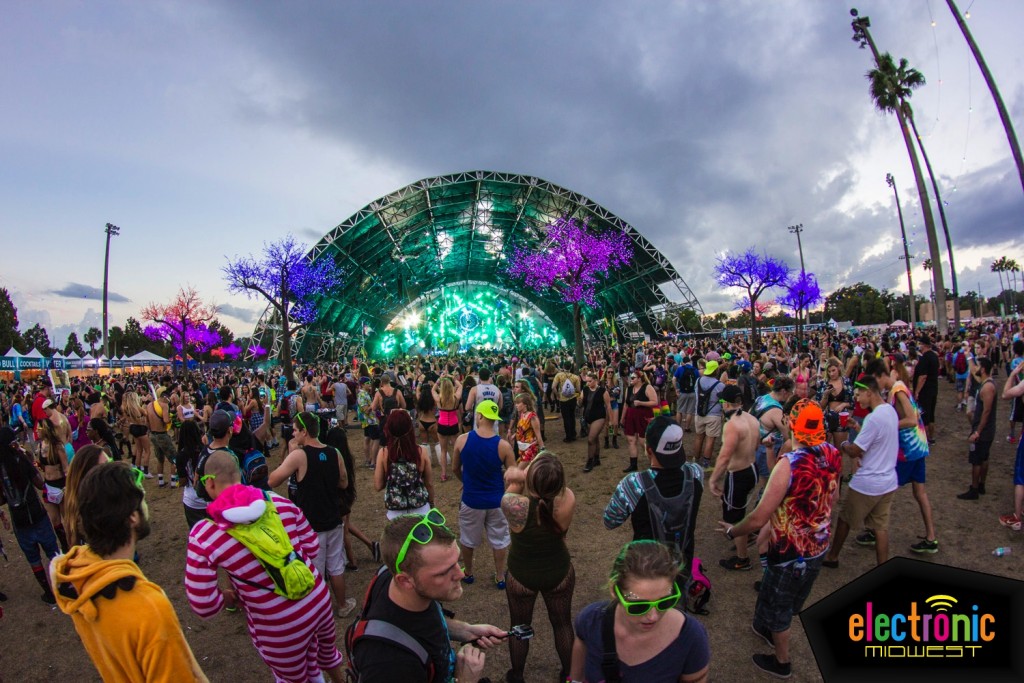 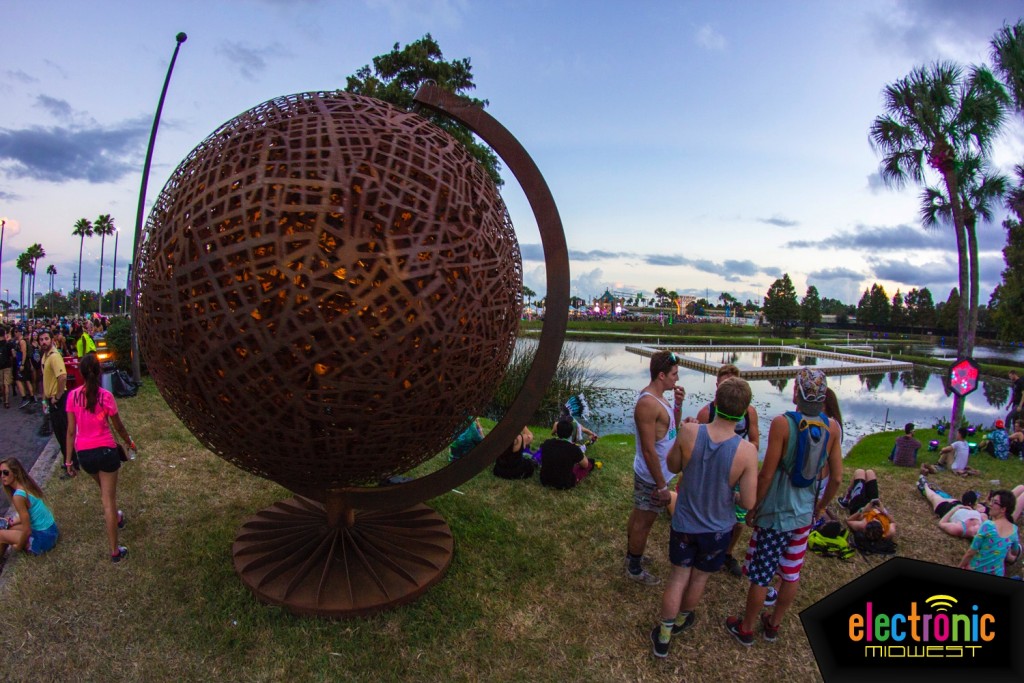 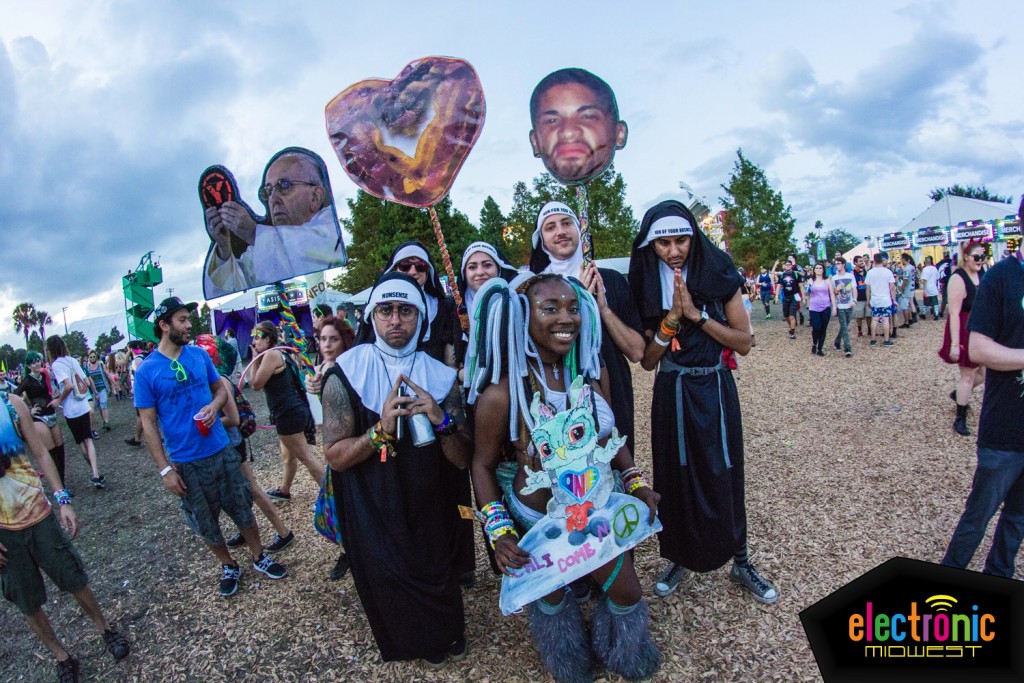 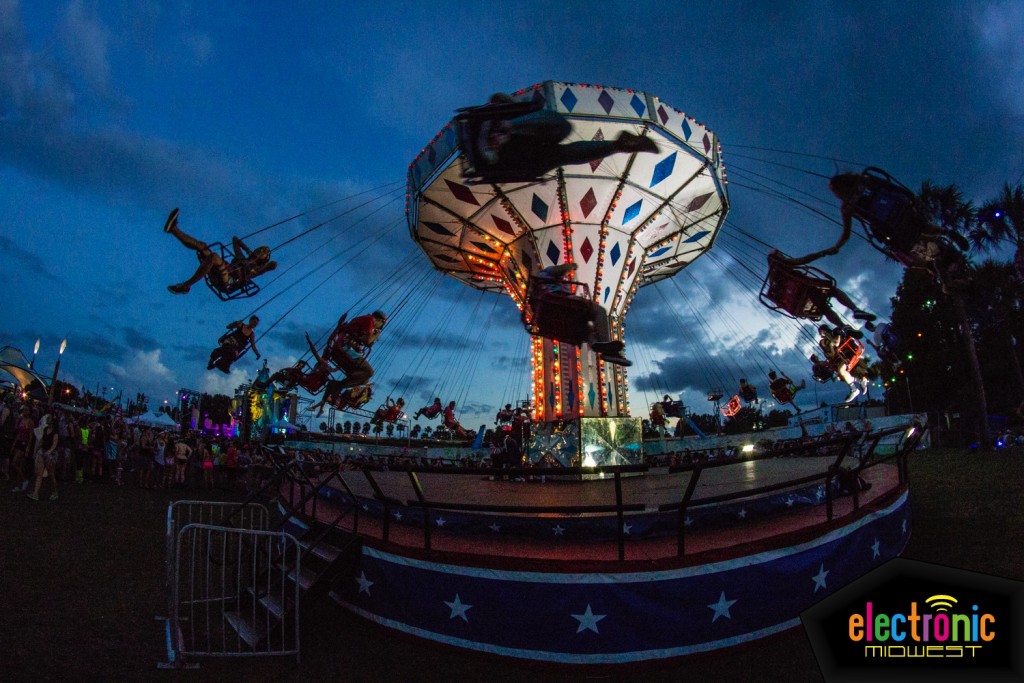 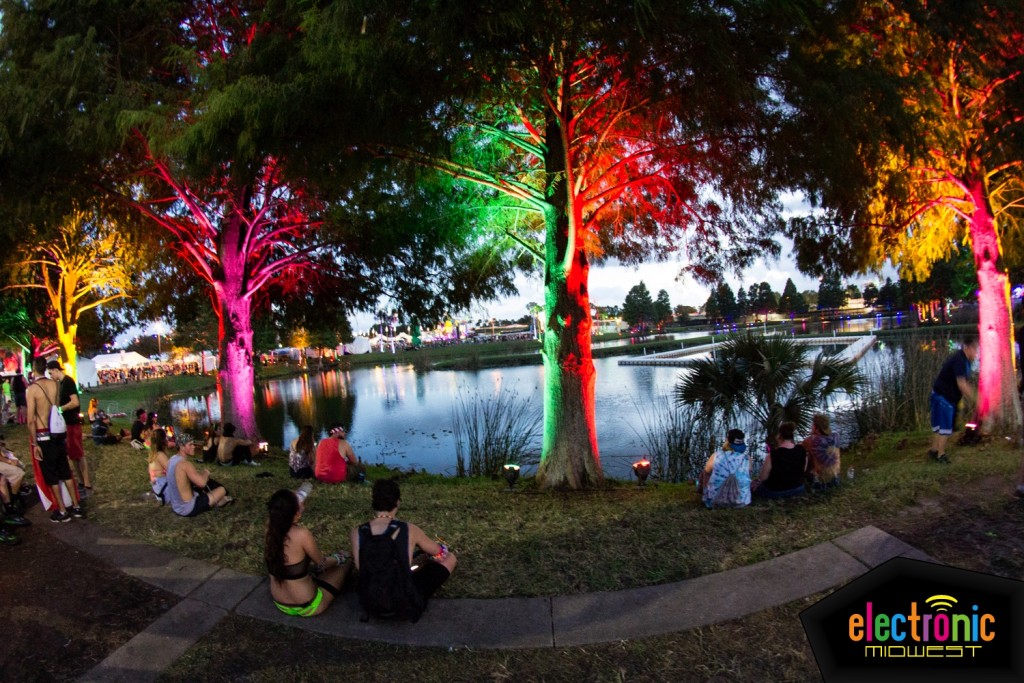 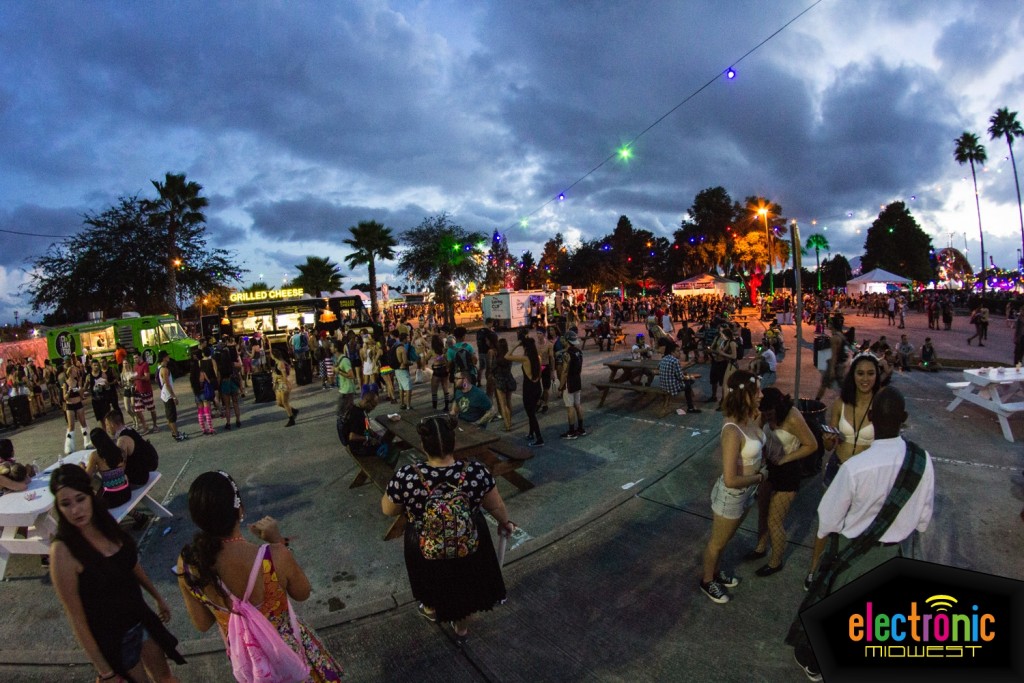 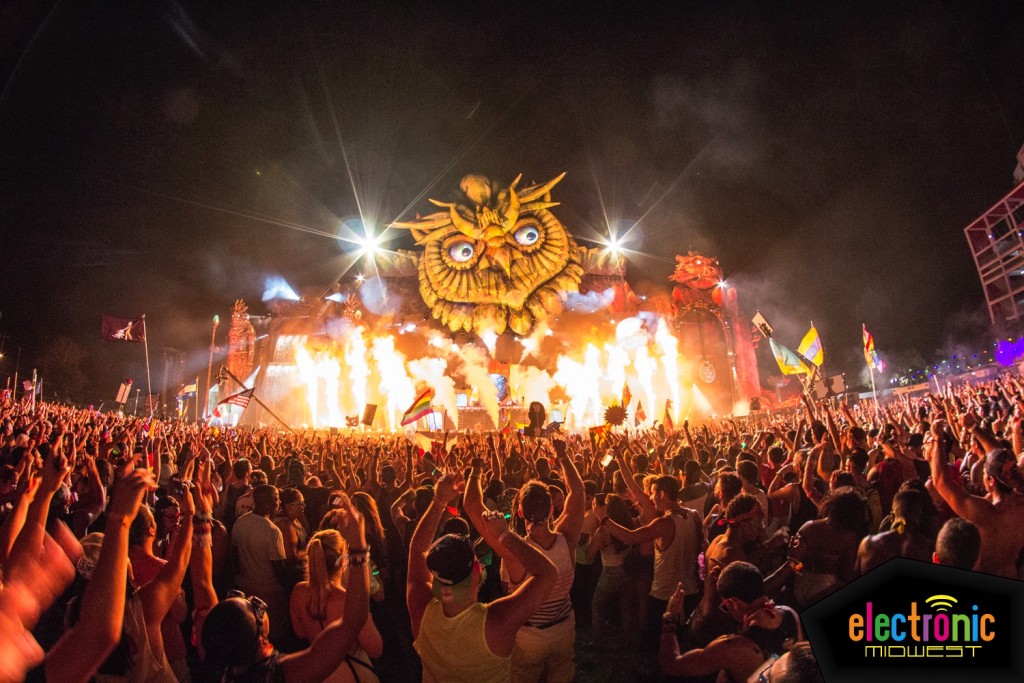 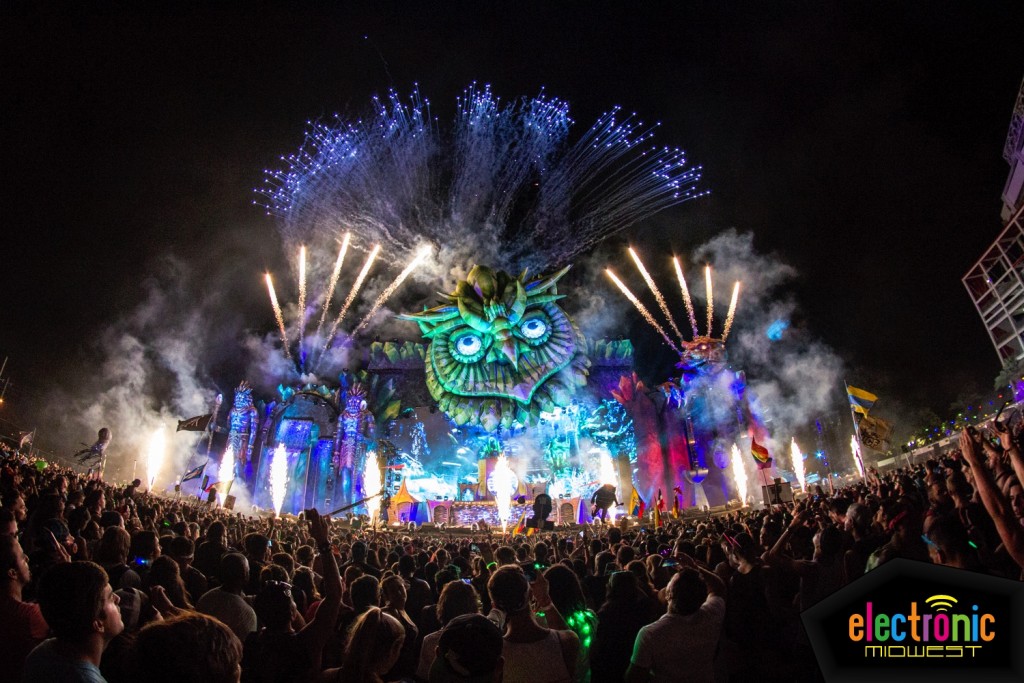 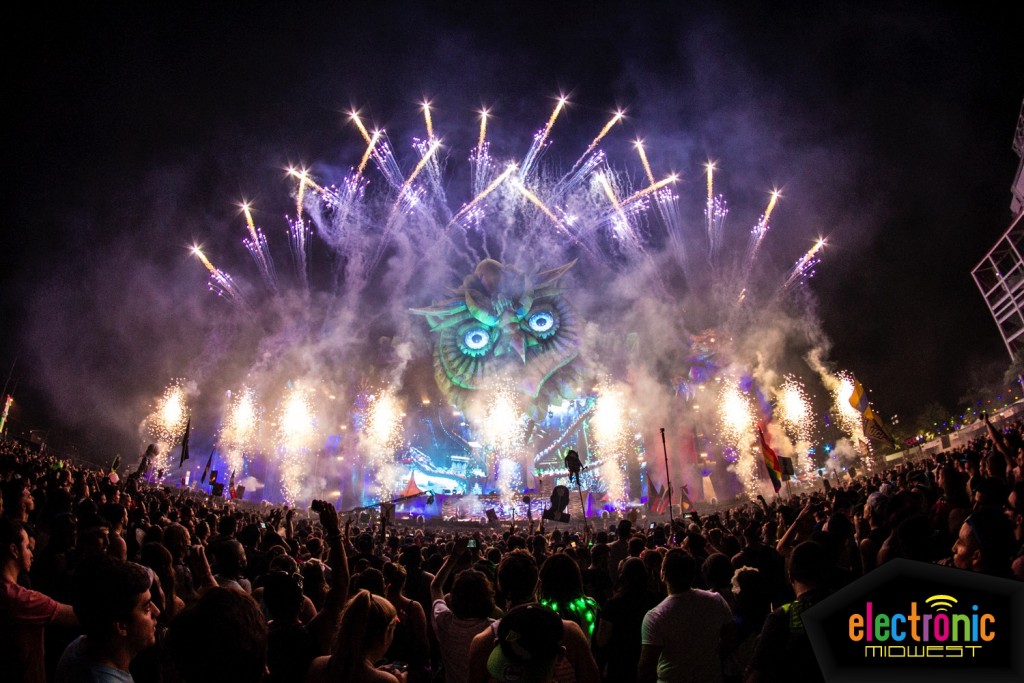 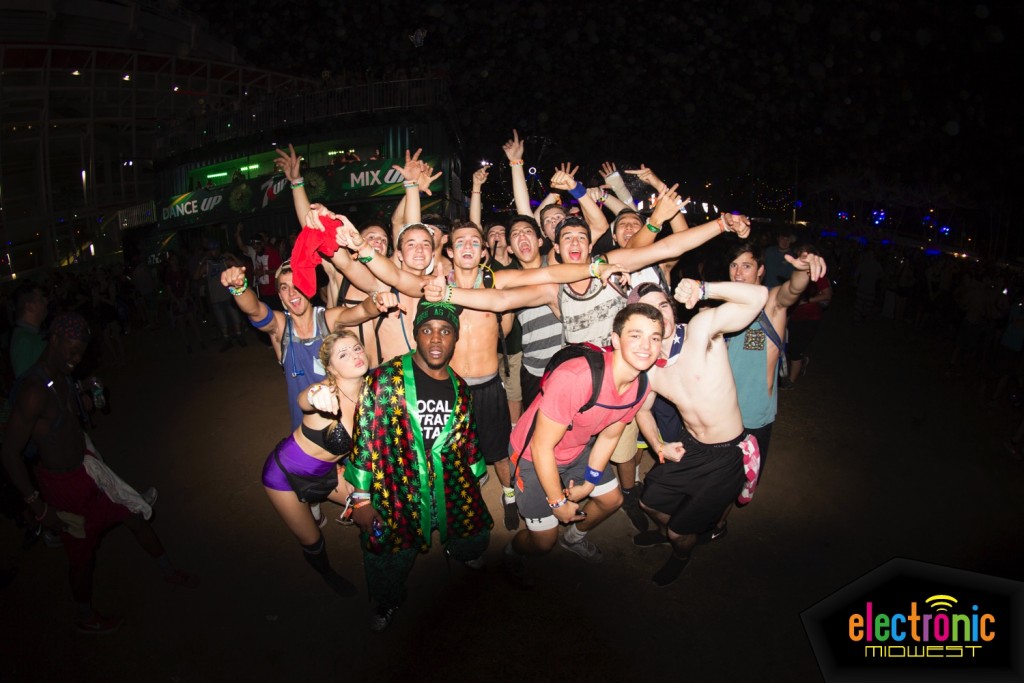 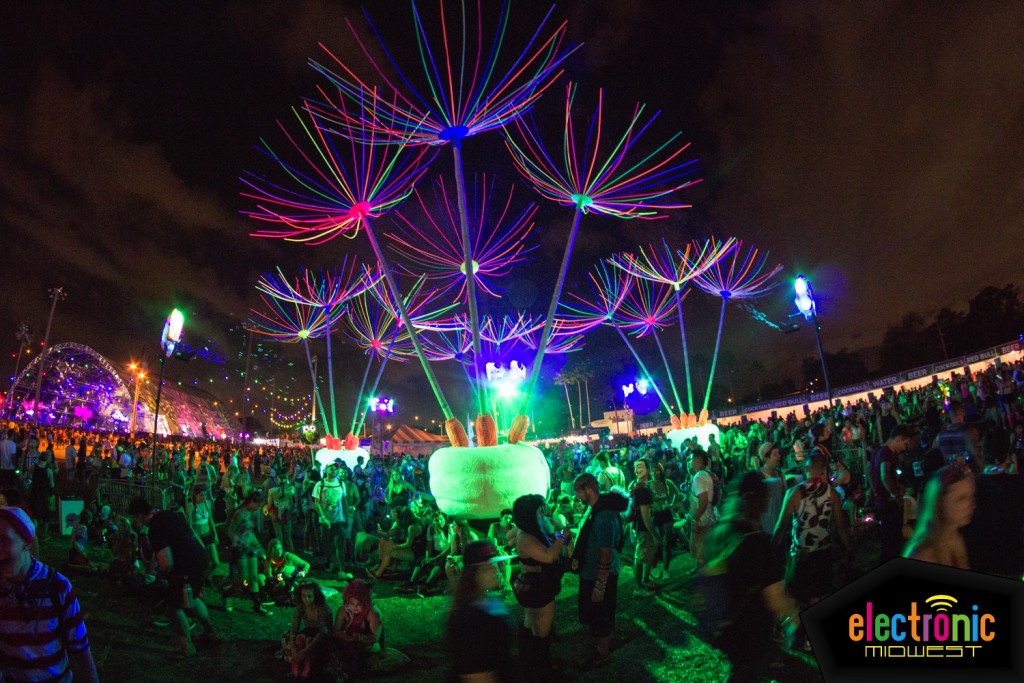 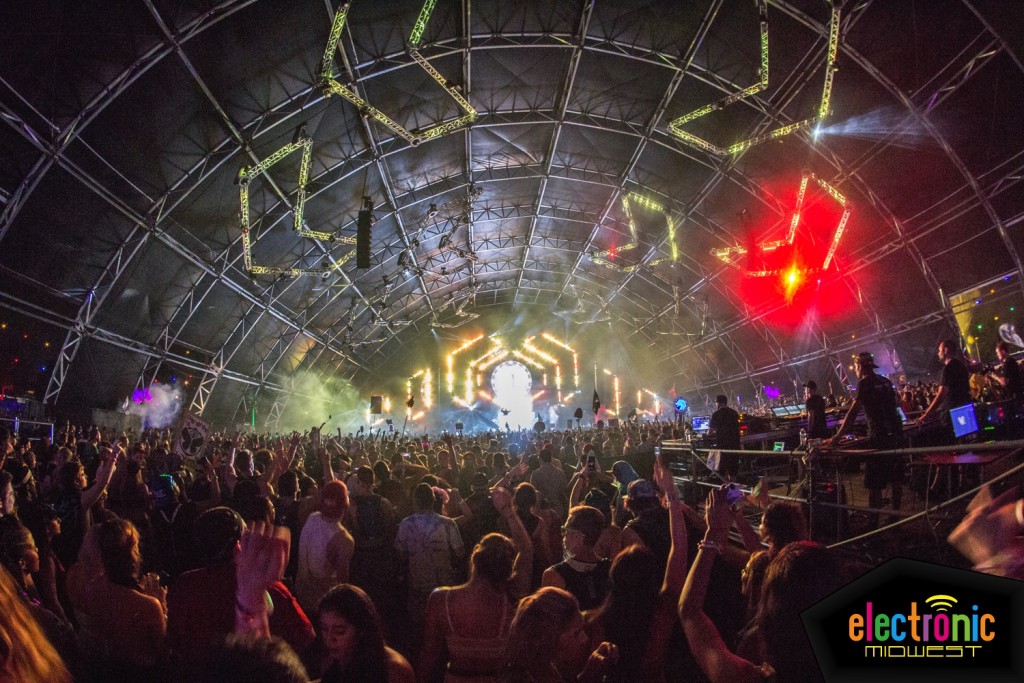 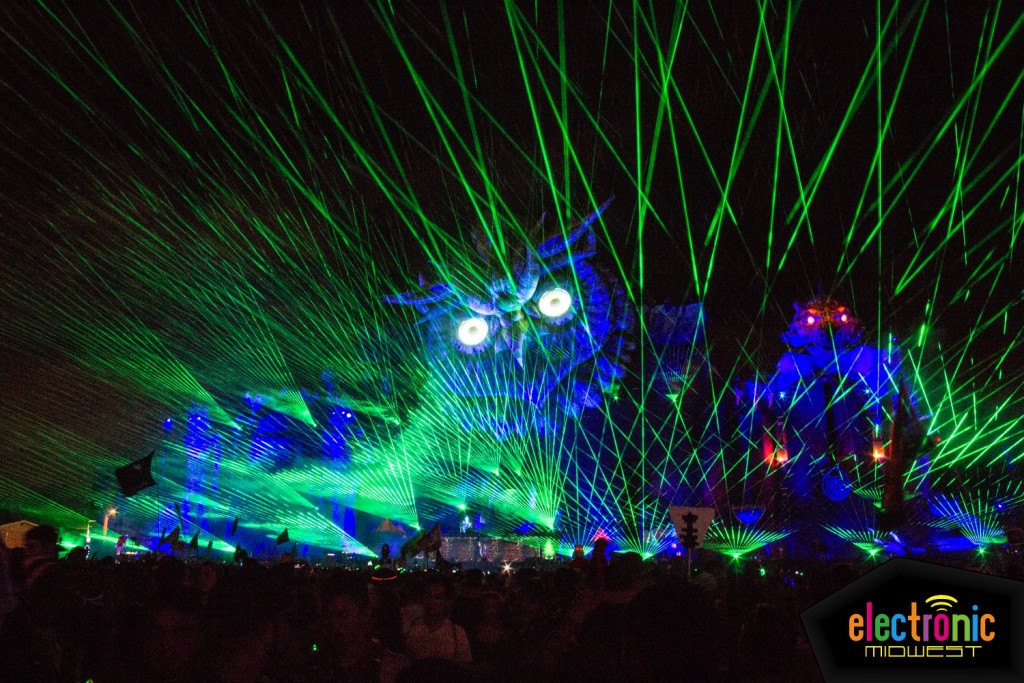 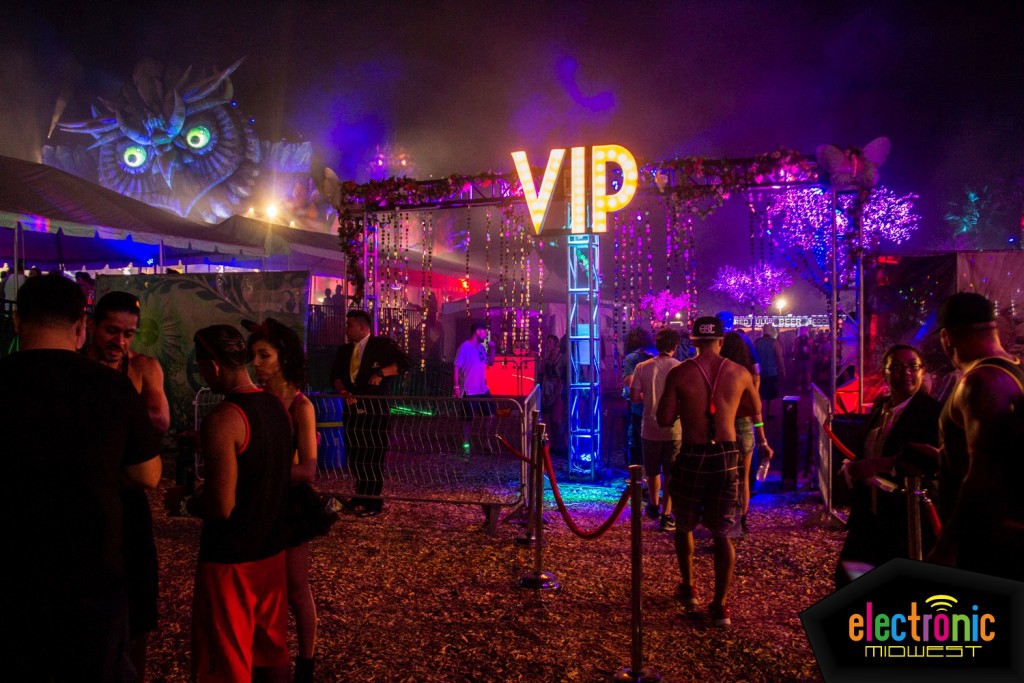 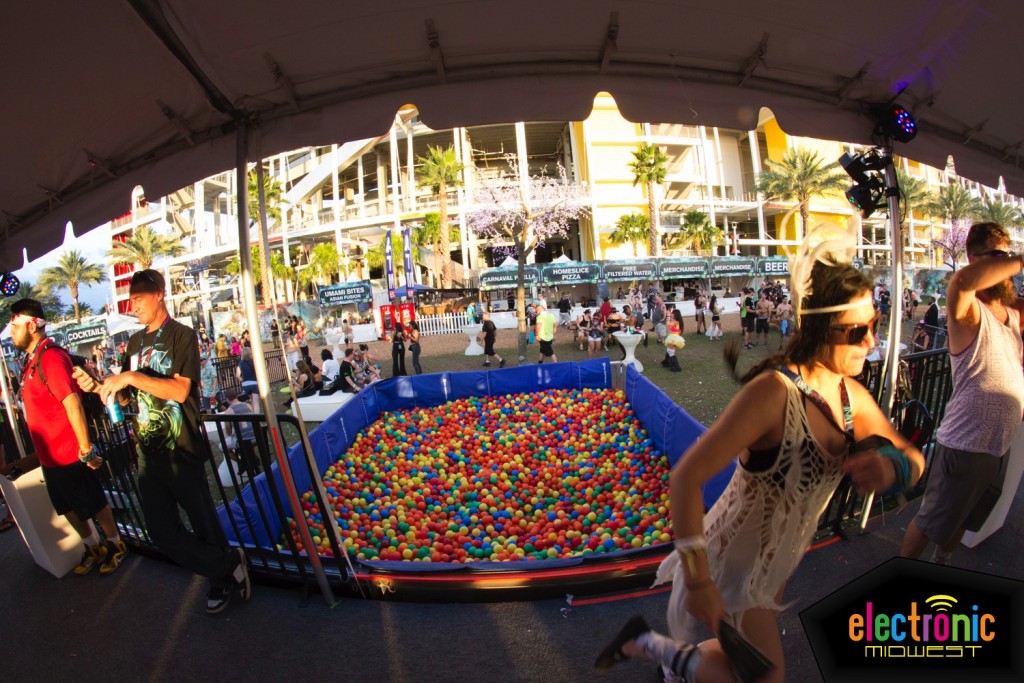 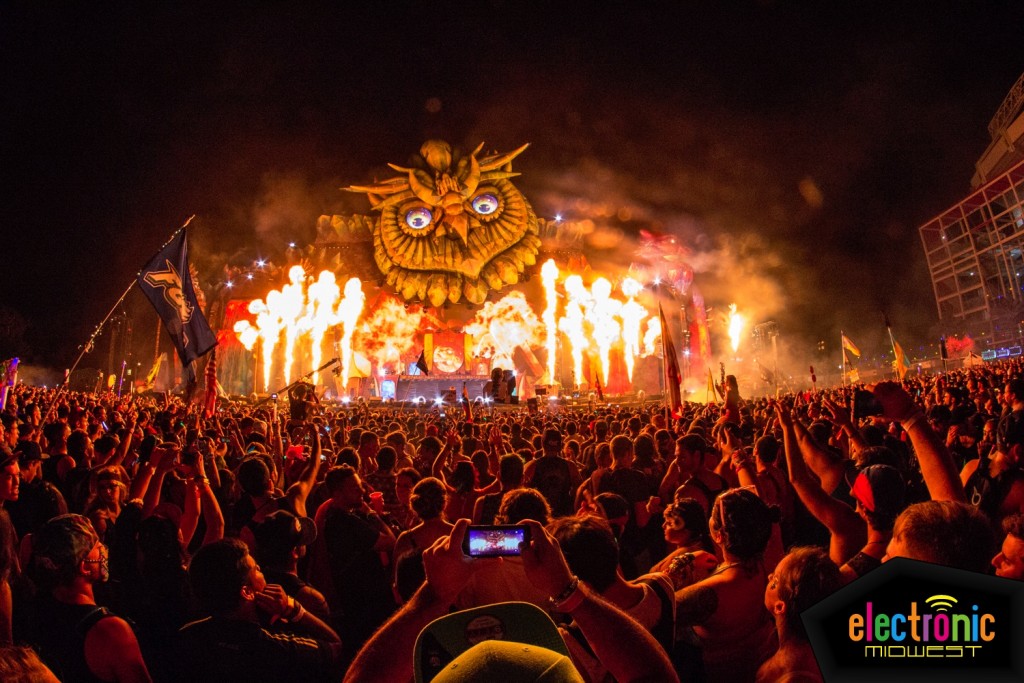 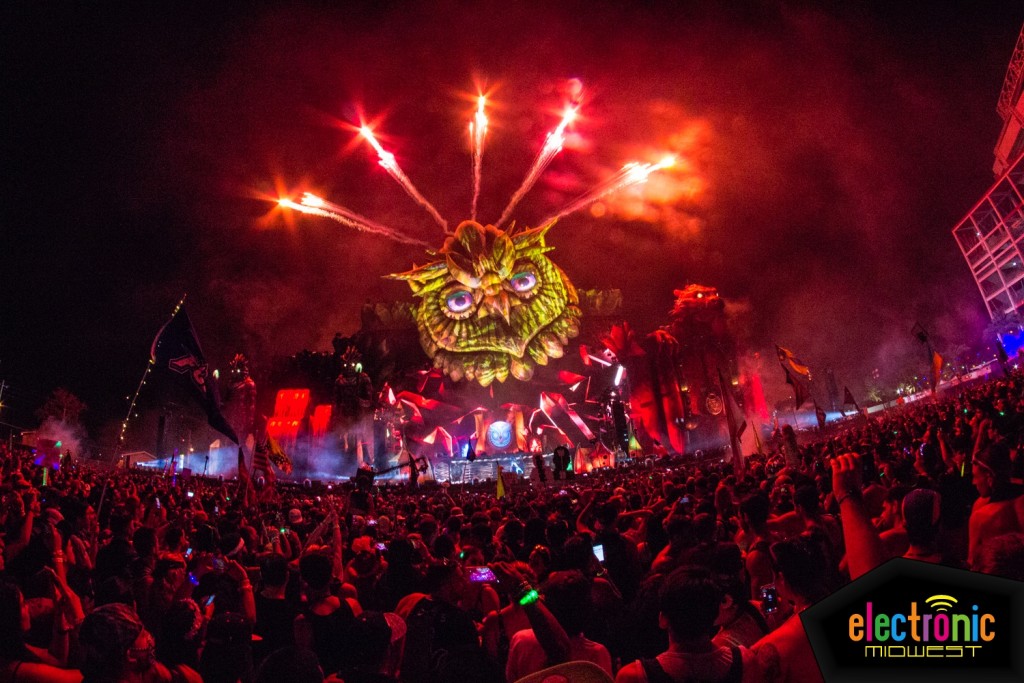 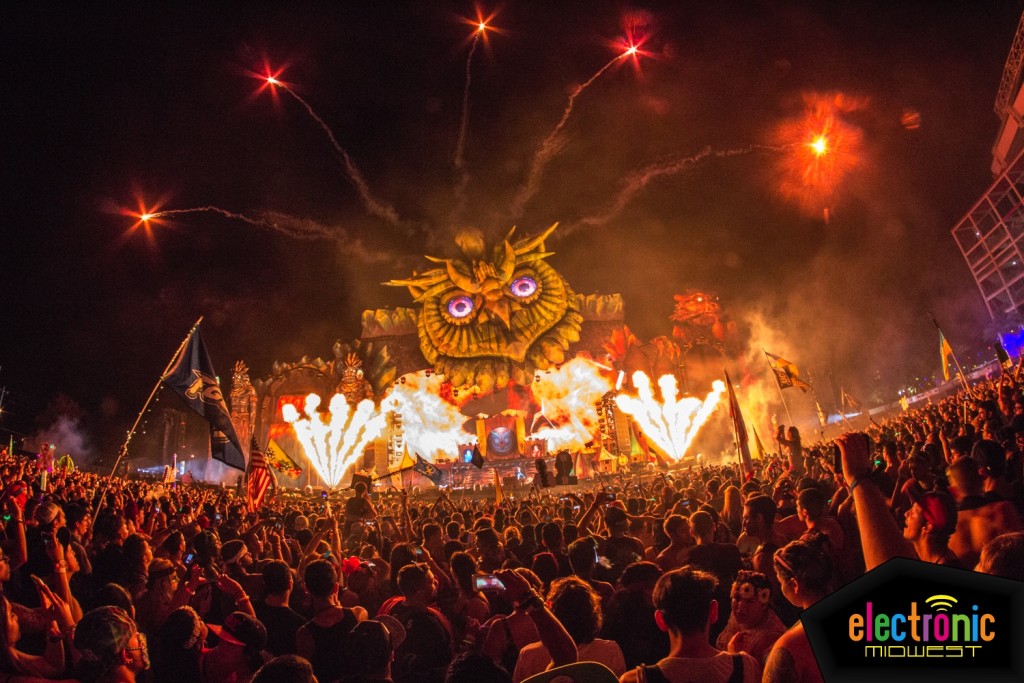 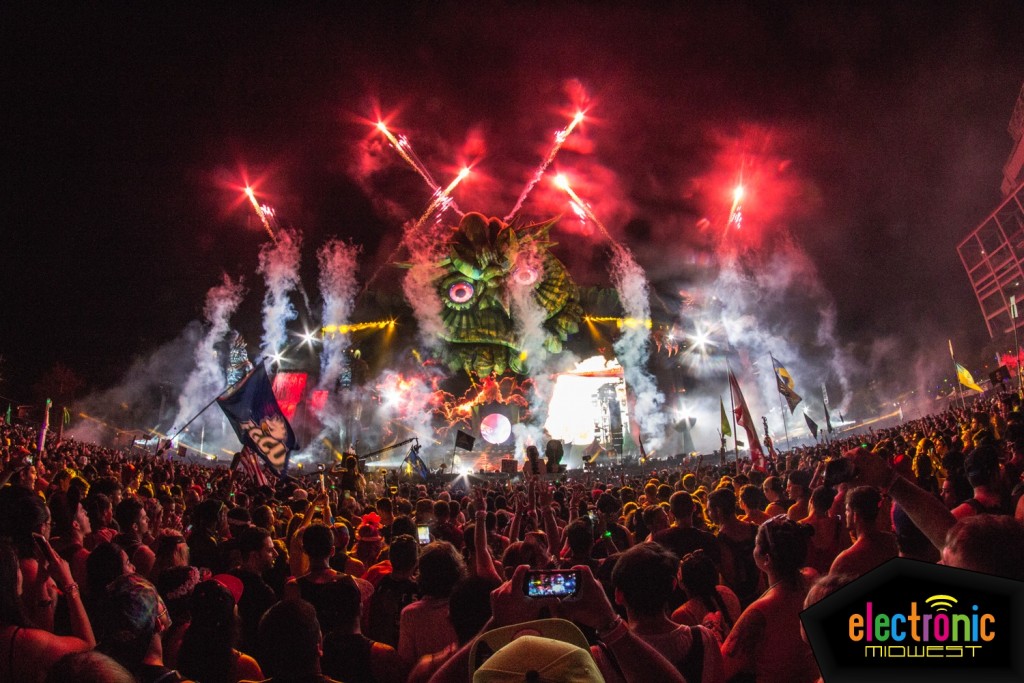 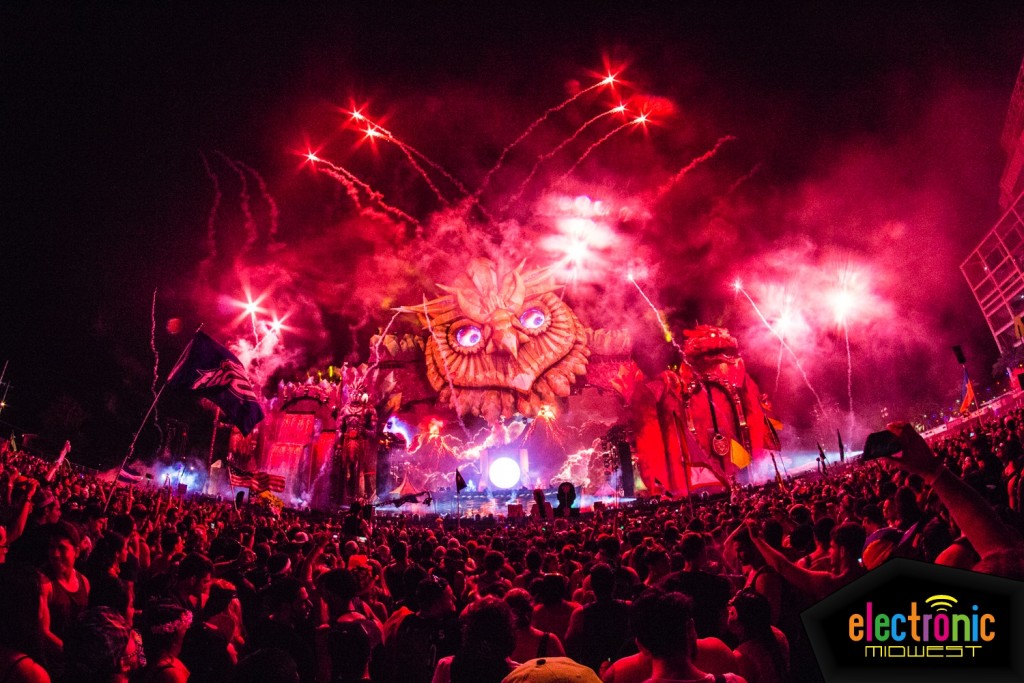