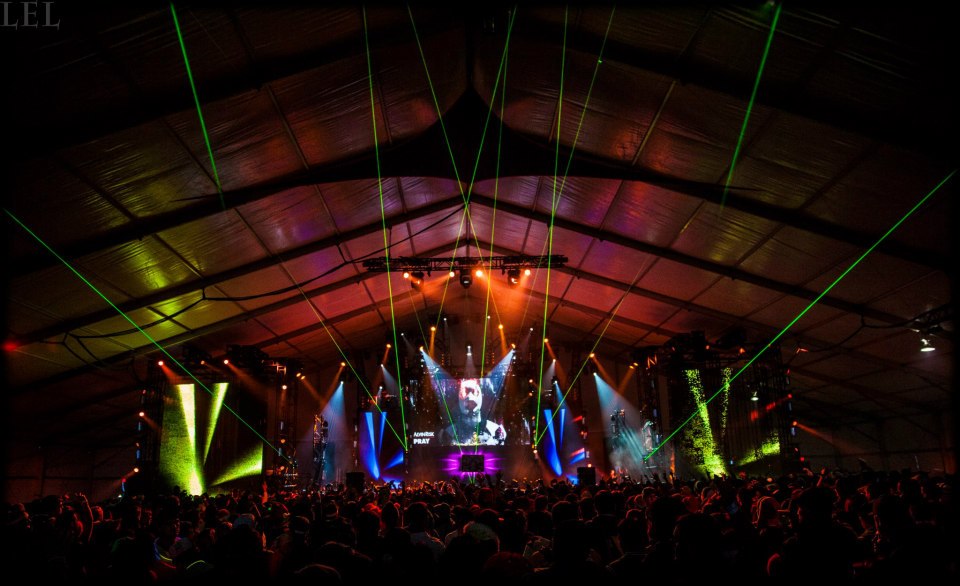 I couldn’t tell you what exactly did it.

It didn’t matter because I was hooked.

Walking into Fair Park in Dallas, Texas I really did not know what to expect. Half of me thought I was walking into a bad acid trip, or at least what I imagine one to be. The other half was a perfect cocktail of nervousness and giddiness.

I had never seen or heard about the electronic scene. The most I knew about the scene was through my fingertips as I hacked away at my laptop keyboard while song searching on the Internet: a very sheltered view.

So, with my notebook, a pencil, and my black leather jacket, I plunged head first into the Lights All Night festival.

As I walked into the perfect chaos I couldn’t keep my eyes from darting all around me.

The neon blues, yellows, and greens seemed to blur just as their owners faces did while we all filed into the venue.

The explosions of color were the tamest part of the accepted attire. The spectrum of what a person could wear varied from Indian headdresses, to construction worker vests, to full Pikachu costumes.

I soon found out that the carefree attitude that caused people to walk out of their houses looking the way they did, was a theme for the festival and the electronic scene.

Once we got into the festival my excitement kept building as we walked to the main stage to see one of my favorite artists, GRiZ. We walked into the massive tent that housed the light filled stage. It was about the length of two football fields and one wide.

GRiZ was just beginning his set but it felt like he was right in the middle of it by how much energy he was pouring into the crowd and vice versa.

I couldn’t help but smile as my face was assaulted with the various lights and lasers that were working in tandem with the bass that became a second heartbeat. All I could think at that moment was, “and there are three days of this”. Which of course didn’t help my kid-in-a-candy-shop appearance.

I was not disappointed the next three days that were filled with artists that ranged from Dutch group Nobody Beats The Drum to superstar Tiesto.

I must admit that my experience was not like the normal festivalgoer’s’. Thanks to Electronic Midwest, interviews with artists in between the star studded lineup created a great first experience.

For anyone that has never been to a music festival, or an electronic set I would highly recommend the experience.

Even if you’re just thinking about attending a smaller club show and don’t have access to big names like Calvin Harris, Sander Van Doorn, or Avicii, it’s still worth a peak into this colorful community.