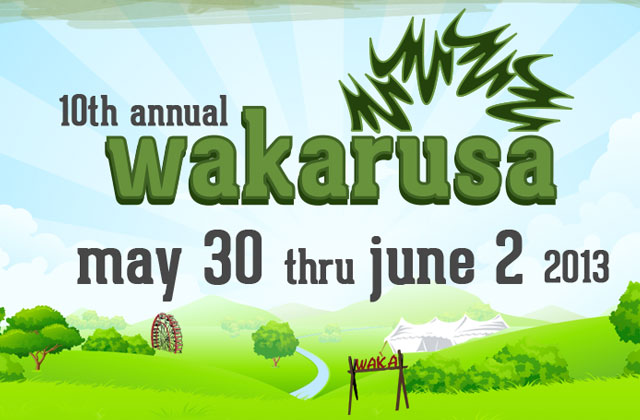 Wakarusa organizers today added more than 35 additional artists to the lineup for the 2013 event in the second of three waves of announcements.

A third and final artist announcement drops next Thurs., Jan. 17.

Wakarusa, scheduled for May 30-June 2, is an annual festival at Mulberry Mountain in Ozark, Arkansas that showcases a wide range of musical genres including electronic, indie rock, bluegrass, hip hop and more. A number of on-site camping options are available. 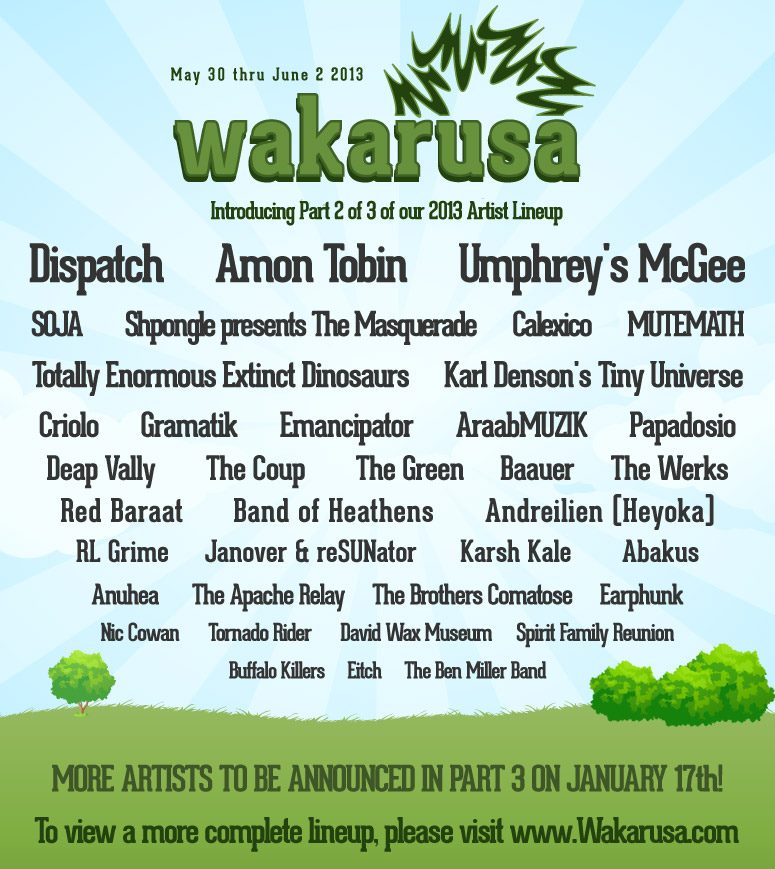