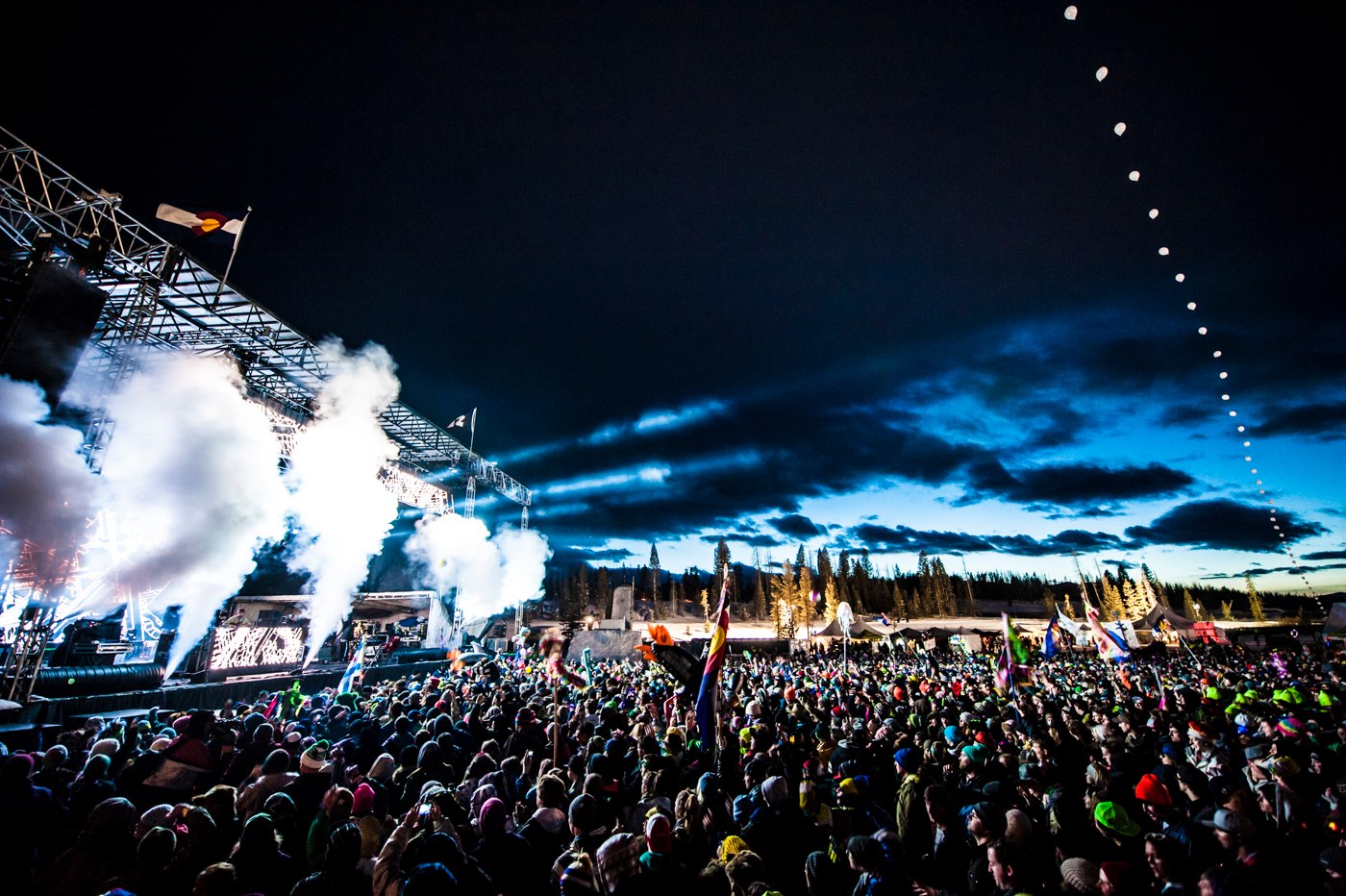 Holding a three-day music festival in the mountains in the middle of winter might seem like an absurd idea to some, but not to the thousands of fans who flocked to Winter Park, Colo. for Snowball 2013, held March 8, 9, and 10.

The organizers did a great job of creating a musical experience that Snowballers – as we’ve come to call ourselves — will never forget.  From the shuttle services to and from the surrounding mountain towns to the epic after-parties to the accommodating heated tents, nothing was forgotten and the result was an extremely well organized festival.

Now that we’ve had a chance to thaw-out, we must recap the highlights of the weekend:

Friday started off with The Floozies (Lawrence, Kan.) bringing the electro-funk heat in the Ballroom Tent while the Colorado-based trio Robotic Pirate Monkey kept it groovy in the Groove Tent.  A short walk away from the Groove Tent was the Main Stage and before I knew it, Yamn (Denver, Colo.) was taking me on an adventure into the progressive electro-trance fusion realm.  For someone who had never seen these fellas jam on stage, I was thoroughly entertained by their set and it was definitely one of the standout moments from Friday.

I literally danced back and forth between the Groove Tent and Main Stage to catch the lyrical hip-hop duo Zion I, Kendrick Lamar, and the Chicago-based trio Krewella. The progression of each show steadily prepared Snowballers for THE show of the night: Big Gigantic.  Jeremy Salken and Dominic Lalli aptly closed out day one by catering to fans both old and new. Tracks like It’s Goin’ Down and Sky High kept us bouncin’ and groovin’ to the sexy saxophone. The debut of a few new heavily bass-influenced tracks kept the party rollin’ until the end of their set.

And to top it all off, Rowdytown 2013 was announced!  Let the countdown to September begin.

We woke up Saturday to bacon, blueberry pancakes, and a new layer of snow on the festival grounds. Although aesthetically pleasing, the snowfall combined with freezing temperatures made for an icy and somewhat dangerous evening. The slick and uneven earth certainly provided plenty of comic relief in the form of people falling on their toosh – myself included – but I strongly suggest the organizers do something more productive to negate the situation next year.

While Luminox, Run DMT, and Gigamesh all had amazing performances in the Groove Tent, the Main Stage was definitely the place to be on Saturday.  The award for the most incredible, unexpected performance of the weekend goes to (drum roll please) Poliça. THEY WERE FANTASTIC! At one point in the middle of their set, my awestruck roommate and I decided that their album was going to be played in our apartment the minute we got home (Wandering Star is a favorite).  Their style can best be described as electro/R&B/goth/pop, and it’s simply beautiful.  The lead female vocalist, Channy Casselle, enchanted the crowd and took us on a journey through the frozen tundra and up to the stars.

As if that wasn’t enough, Portugal. The Man followed Poliça with – in my opinion – the best set of the entire weekend. Playing songs mostly from Satanic Satanist and In the Mountain, In the Clouds, Portugal absolutely slayed on the main stage. They finished their set with Sleep Forever melting into a round of the Beatles’ Hey Jude. I cried.

If the music had stopped there, the night would have ended on a perfect note.  After the conclusion of Portugal, we had the unfortunate pleasure of witnessing the worst performance of the weekend: Pretty Lights.  After at least four unsuccessful and sloppy transitions in the first half of his set, the hype I had brought to my first PL showcase was all but gone.  From there, we were subjected to the rest of Derek’s train wreck of a performance. Sorry bro, maybe play sober next time?

Fortunately, Sunday did not start off on the same note that Saturday ended. The day’s shenanigans began with the lovely Ramona mesmerizing festival goers with her deep house skills.  This Belgium native has shown mad love for Colorado, and has opened for the likes of BoomBox and Signal Path. Next up was Michal Menert, who did a fabulous job of redeeming PLM by working through technical difficulties to play one of his best sets of 2013. Nice job Mr. Menert, way to keep it classy. A massive trap fest ensued with Crizzly w/ Lil Flip in the Ballroom Tent, and Flosstradamus in the Groove Tent.

Sunday’s spectacular sunset was met with equally spectacular music. Grizmatik instigated an epic dance party – that is still being talked about – while Flying Lotus made sure our auditory senses were satisfied. Finally, Sound Tribe Sector 9 opened their set with an oldie (Biggs) and they made sure that Snowball 2013 ended on a note that could be heard throughout the mountains. Though they were down a band member, Jeffree Lerner, STS9 played an absolutely incredible set that included some hard-hitting songs like Unquestionable Supremacy of Nature, Bloody Beetroots Awesome, Hidden Hand, and Hidden Fist.

The only thing that could have perfected the whole experience is if chocolate chip cookies were offered en masse as we departed the festival grounds each night. Oh wait, that actually happened.

Emily proudly calls the entire Midwest her hometown. Though she’s a Colorado native, she grew up in Oklahoma and Nebraska, and was educated in Missouri. Her love of music probably began when her father sang Grateful Dead songs to her infant self, but she was already driving by the time she fell in love with electronic music – particularly the way it made her dance. Her love affair with electronic music has allowed her to dance her way through a dozen countries across four continents, but she’s proud to call Denver, Colo., her home once again. When she’s not dancing at any and every show Denver has to offer, she’s teaching English as a foreign language to adults in Golden, Colo. Connect with Emily on G+.