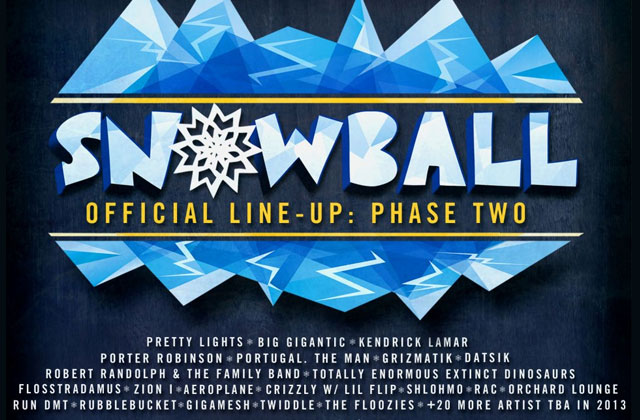 Throughout the paced revealings on the Facebook page, it was noted that the festival would feature a good amount of bands in addition to DJs and producers.

Organizers say another 20+ artists will be revealed beginning January 1.

Three-day GA passes are on sale at a reduced holiday rate of $149. Get tickets and more information on the Snowball event page.