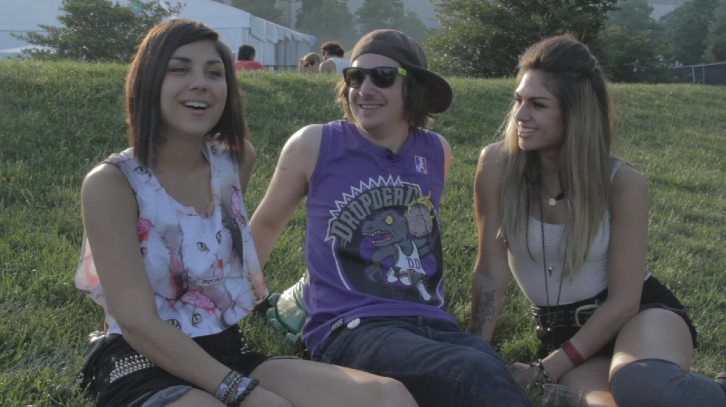 Sprouting from Chicago’s West Loop, Krewella is rapidly becoming a household name in the world of EDM.

Jahan, Yasmine and Kris (aka Rainman), better known collectively as Krewella, burst onto the national stage with their debut video “Killin’ It” in early 2012, racking up Facebook likes and spreading virally around the globe via Twitter as EDM fans swooned over the group’s unique brand of dubstep-infused electronic music with catchy female vocals.

Just a few months later, Krewella began taking the country and world by storm with appearances at Spring Awakening, Global Dance Festivals in Minneapolis, Denver and Kansas City, and even a special performance alongside Benny Benassi at the Indy 500.

However, Krewella insists that they are just getting started.

Electronic Midwest caught up with the trio after their debut set at Spring Awakening Music Festival in Chicago. Check out our video interview below.